10th Mountain Division back in Afghanistan 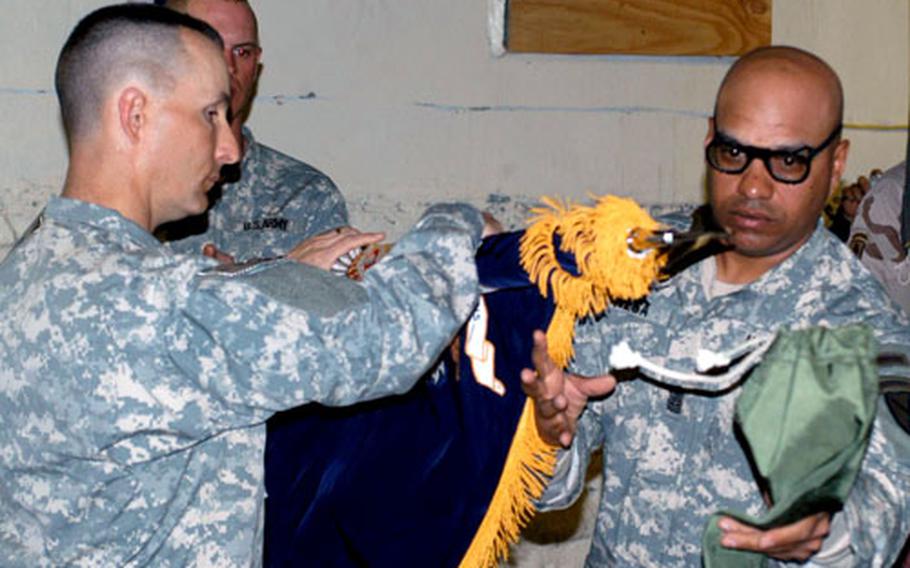 ORGUN-E, Afghanistan &#8212; They may have the newest Army uniforms, but for soldiers from the 2nd Battalion, 87th Infantry Regiment, operating in eastern Afghanistan is old hat.

The 10th Mountain Division officially returned to the war on terror in Afghanistan following a transfer of authority ceremony Sunday at Forward Operating Base Orgun-E. Task Force Catamount takes over for Task Force Fury, operated for the last year by the Vicenza, Italy-based 1st Battalion, 508th Infantry Regiment.

That lead time has allowed the unit to build on its past experiences, monitor the progress that the Italy-based soldiers have made and train up for the new environment, Toner said. That training included three separate scenarios involving Afghan nationals or expatriates at the 10th Mountain Division&#8217;s headquarters in Fort Drum, N.Y.

The division has another reason to feel more prepared this time around: The unit is one of the first in the Army to transform into a so-called &#8220;unit of action,&#8221; which means the battalion has all the assets it needs in the province, Vega and Toner said.

Instead of four companies, the 2-87 has six, which means the unit&#8217;s soldiers will do their own repairs and provide other support services. It also means that turnover within the battalion has been low because units are designed to stay together more under transformation plans, and trained personnel aren&#8217;t being lost to other units.

At Sunday&#8217;s ceremony, Gulab Mangal, governor of Paktika province, said he was sad to see Lt. Col. Tim McGuire and the 1-508th leave, but he wished them well in returning to their families.

Toner said Paktika has been one of the calmer spots in Afghanistan, thanks to the efforts of the 1-508th and an array of projects it started. He said his battalion is &#8220;jumping on the momentum created by Fury and we are going to continue the process.&#8221;

That&#8217;s a sentiment shared by the soldiers in Task Force Catamount.

Spc. Brian Schacht lost a good friend and mentor during his previous stint in Afghanistan, when a roadside bomb killed his sergeant and severely wounded several others.

&#8220;I would be lying to you if I said I didn&#8217;t&#8221; at first resent those he was supposed to be helping, he said, but he grew to appreciate the Afghan culture and even picked up a bit of the Farsi and Dari languages.

In Paktika province, he&#8217;ll have to learn Pashtu.

&#8220;Our relationship with the locals has changed a lot since the last time,&#8221; he said, adding that soldiers are now as much diplomats in the province as they are combatants.