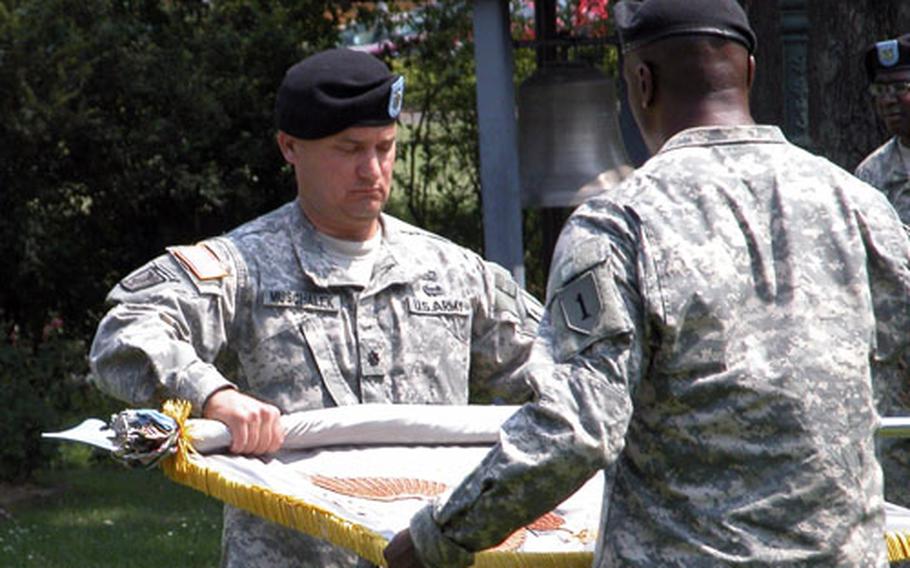 W&#252;RZBURG, Germany &#8212; The Army&#8217;s summer of transformation continued Friday as the 106th Finance Battalion inactivated and parts merged into the 39th Finance Battalion, reorganizing the men and women who keep the cash flow moving smoothly across Germany.

During an hourlong ceremony at Victory Park on Leighton Barracks, the 106th&#8217;s colors were cased, with certain 106th detachments joining the 39th to continue the mission of keeping the green in soldiers&#8217; pockets.

The work of units such as the 106th and 39th within the 266th Finance Command is an understated, yet critical, function, said Col. Michael Bendich, commander of the 266th.

The 106th, also known as the &#8220;Diamondbacks,&#8221; has had almost 62 years of continuous service overseas since the battalion&#8217;s creation in 1944, said Lt. Col. Keith Muschalek, commander of the inactivated battalion.

The battalion has been stationed around the world in various inceptions through the years. In February 2004, the Diamondbacks deployed to Iraq. While deployed, the battalion processed more than 100,000 pay transactions and disbursed more than $528 million.