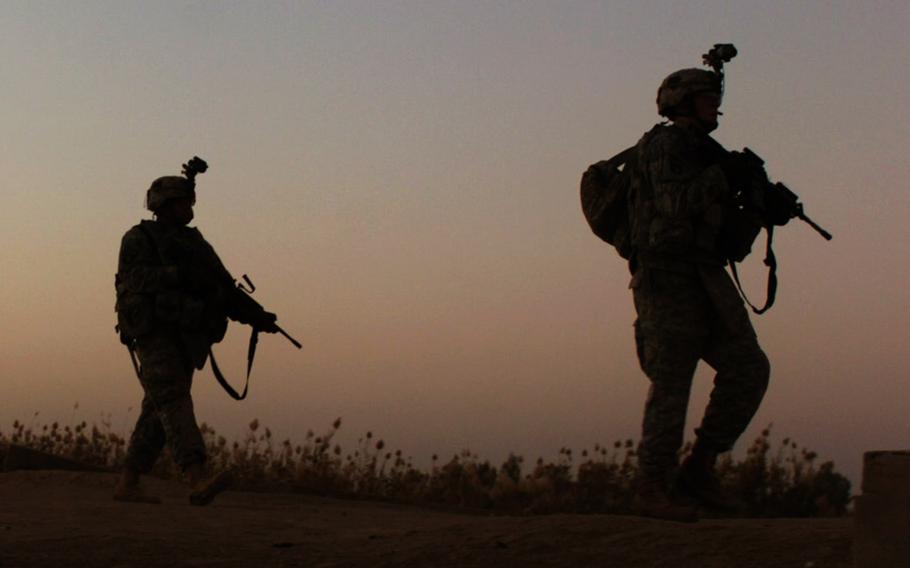 WASHINGTON – About 400 101st Airborne Division soldiers will deploy to Iraq this summer to bolster the upcoming fight to retake Mosul from the Islamic State group, the Army announced Friday.

The soldiers from the Fort Campbell, Kentucky-based division’s 2nd Brigade Combat Team will make up a portion of the increased force size that President Barack Obama approved last month. Defense Secretary Ash Carter, in Baghdad on July 11, announced the president had approved an additional 560 American troops to help establish and run a logistics hub at Qayara West Airfield about 40 miles south Mosul. The Pentagon has not identified any other units deploying soon.

The base was seized in early July by Iraqi security forces fighting Islamic State group militants, and it will serve as a springboard for the upcoming assault on Mosul, the terrorist group’s final urban stronghold in Iraq. That fight is expected to begin in the coming months.

The United States is authorized 4,657 troops in Iraq. Army Col. Chris Garver, a spokesman for the anti-Islamic State group coalition, said Wednesday that no American troops had yet arrived at Qayara West. He did not say when he expected them to arrive.

The deploying soldiers come from several of 2nd Brigade’s subordinate units and include soldiers with a wide range of jobs and skills, said Master Sgt. Kevin Doheny, a spokesman for the 101st Airborne Division. He and the Army declined to provide the specific capabilities the soldiers would bring to the fight in Iraq.

The top American commander in Iraq, Lt. Gen. Sean MacFarland, told reporters last month that the forces deploying to Qayara would include an airfield operations team, logistics and communications specialists, command and control elements and a security detachment.

The 101st soldiers will join nearly 1,800 Fort Campbell soldiers already in Iraq. About 500 soldiers from the division’s headquarters, including its commander Maj. Gen. Gary J. Volesky, deployed to Iraq in the spring alongside about 1,300 2nd Brigade soldiers. The soldiers, including the troops who will soon deploy, are expected to return to Fort Campbell in early 2017.