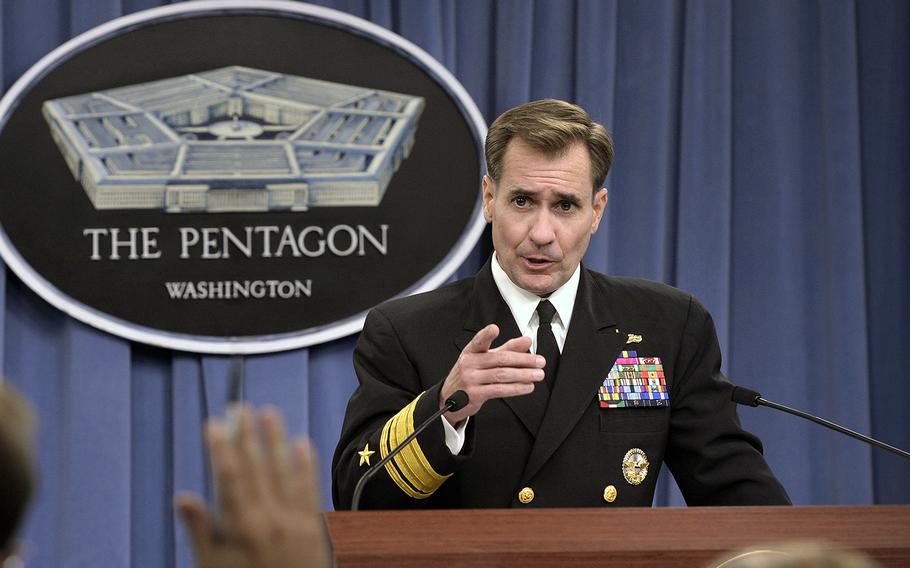 Kirby would not identify which units the contingent belongs to, other than to say that most of them are special operations forces.

The team will be followed in the “next few weeks” by several hundred trainers and enablers, who will begin training the rebels in early spring if everything stays on track, Kirby said.

However, recruiting and vetting of potential Syrian trainees has not yet begun, according to Kirby.

The Pentagon hopes to have U.S.-trained rebels rejoin the battlefield this fall. The goal is to train 5,000 moderate fighters each year for the next few years to take on the Islamic State. Officials have estimated that the group has 20,000 to 30,000 followers.

In Iraq, training of anti-Islamic State fighters is already under way. The training site in Irbil came online Friday, and all four designated training sites in Iraq are now up and running. Kirby said there are 3,600 Iraqi security forces and Kurdish Peshmerga already in the training pipeline, with 600 at Al Asad, 1,600 at Taji, 1,300 at Besmaya, and 100 in Irbil.

There are currently about 1,550 American troops in Iraq training, advising and assisting Iraqi forces. The U.S. plans to train 12 Iraqi brigades to take on the Islamic State.