100 troops are heading to Indonesia for relief effort 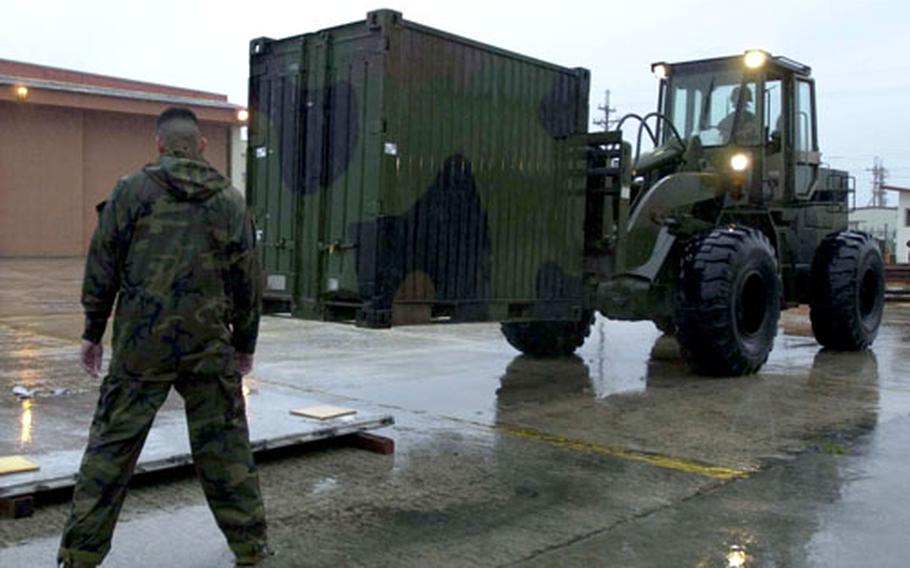 Marines at Marine Corps Air Station Futenma on Monday prepare to strap down a shipping container filled with supplies headed for the earthquake relief mission in Indonesia. About 100 Marines and sailors will deploy to help earthquake victims. (Fred Zimmerman / S&S)

Marines at Marine Corps Air Station Futenma on Monday prepare to strap down a shipping container filled with supplies headed for the earthquake relief mission in Indonesia. About 100 Marines and sailors will deploy to help earthquake victims. (Fred Zimmerman / S&S) 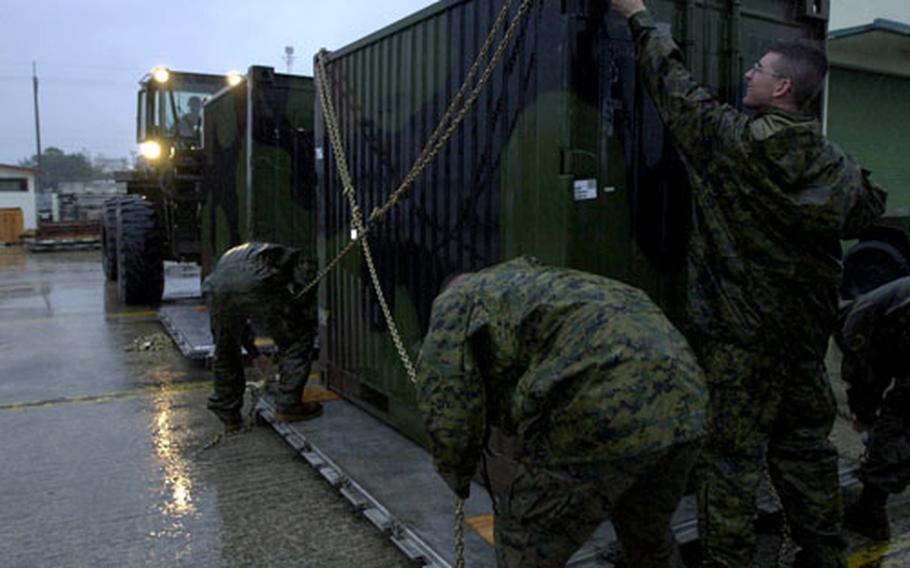 U.S. military medical aid began arriving Monday in Indonesia to help victims of an earthquake that has claimed thousands of lives, officials said.

Medical personnel, equipment and supplies from U.S. Pacific Command bases are being sent to assist in an international humanitarian relief effort after the 6.3-magnitude earthquake that struck Saturday near the ancient city of Yogyakarta on the island of Java.

The government&#8217;s Social Affairs Ministry on Monday raised the official death toll to 5,137, saying it included previously uncounted bodies buried in mass graves immediately after the quake. An estimated 200,000 people have been left homeless, according to The Associated Press.

&#8220;We offer our sincere condolences to the people of Indonesia affected by this tragedy, and will do our best to ease their suffering with available medical assets.&#8221;

The deployment is part of a larger U.S. government response to a request for help from the Indonesian government.

Military officials said they had been anticipating a call since the earthquake struck Saturday.

About 100 military personnel will deploy to Indonesia.

Along with the Okinawa contingency, Air Force personnel from Guam and some personnel aboard the USNS Mercy, a Navy hospital ship currently operating in the Philippines, will take part in the effort.

The Marines and sailors from various elements of III MEF will provide capabilities similar to what was provided in their recent medical relief mission in Pakistan, according to Marine spokesman 1st Lt. Eric Tausch.

Tausch said Col. Tom Goben, the commanding officer of 3rd Transportation Support Battalion, is part of the advance team working with the Indonesian government on where to best use U.S. support.

Tausch said he didn&#8217;t know how long the U.S. military would be needed in the effort.