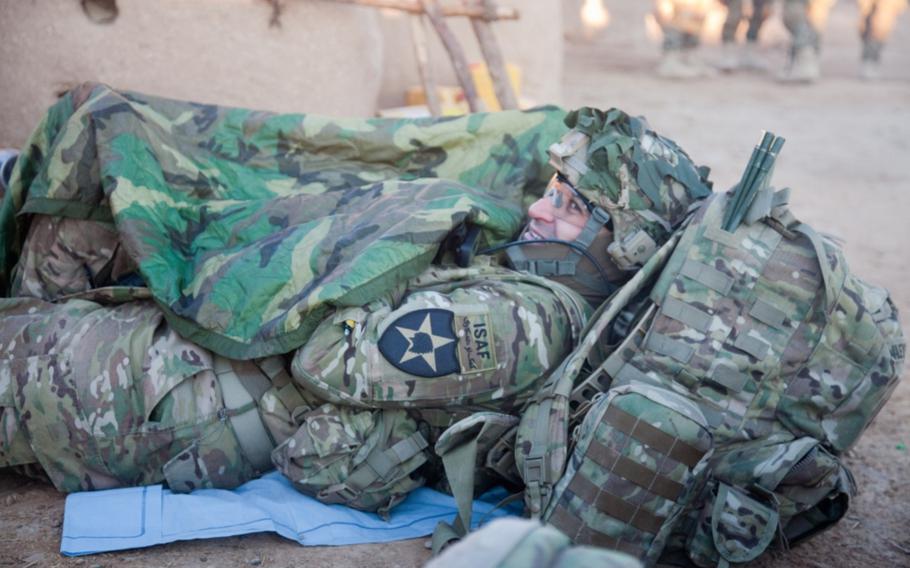 Stars and Stripes reporter Chad Garland took to Twitter for a highly unscientific poll of servicemembers and veterans on their favorite “snivel gear” — that would be military slang for cold-weather equipment.

Here’s what they had to say.

WoobieAka the poncho liner, this camouflage nylon polyester blanket is much beloved.

Field jacket linerAlso known as a smoking jacket, it doubles as a pillow and in the olden days could be sewn into a wet-weather parka for added comfort.

Neck gaiterBeing covered nose to shoulders is underrated. Plus, there are many other possible uses.

Beanie or watch capRegardless or whether you’re in the Army or a naval service, whether it’s fleece or wool, whether you call it a beanie or a watch cap, don’t disregard these head-warmers in cold weather.

Waffle topAnother popular type of long underwear with its checked pattern for comfy insulating air pockets. Some people know it as a “grid fleece,” but soldiers have opinions on that.

Hands in pocketsSure it’s not technically a piece of gear and certain staff noncommissioned officers might not agree, but Stars and Stripes reporter J.P. Lawrence recommends this.

MRE heaters in your glovesAlso, your gloves are so much tastier than that veggie omelet.

DD214?More than one person mentioned their discharge paperwork.