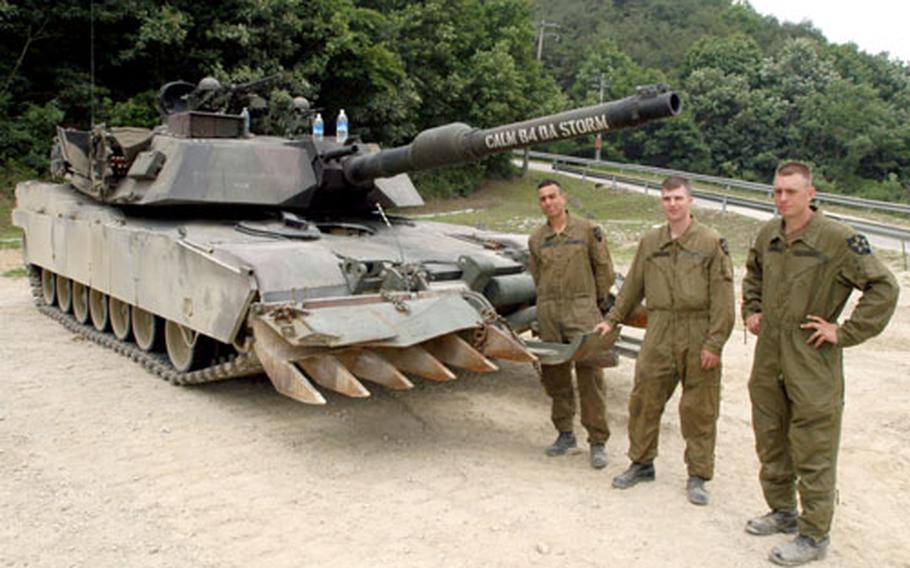 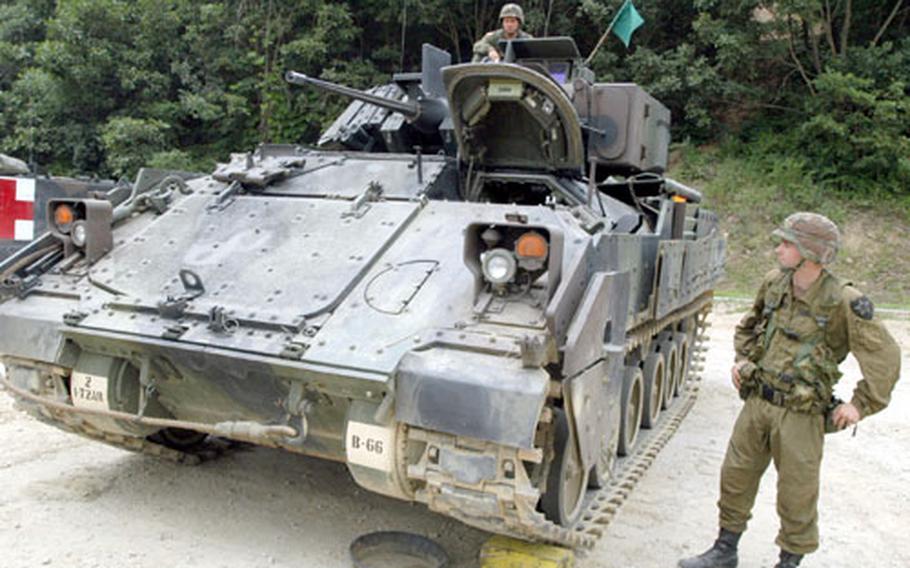 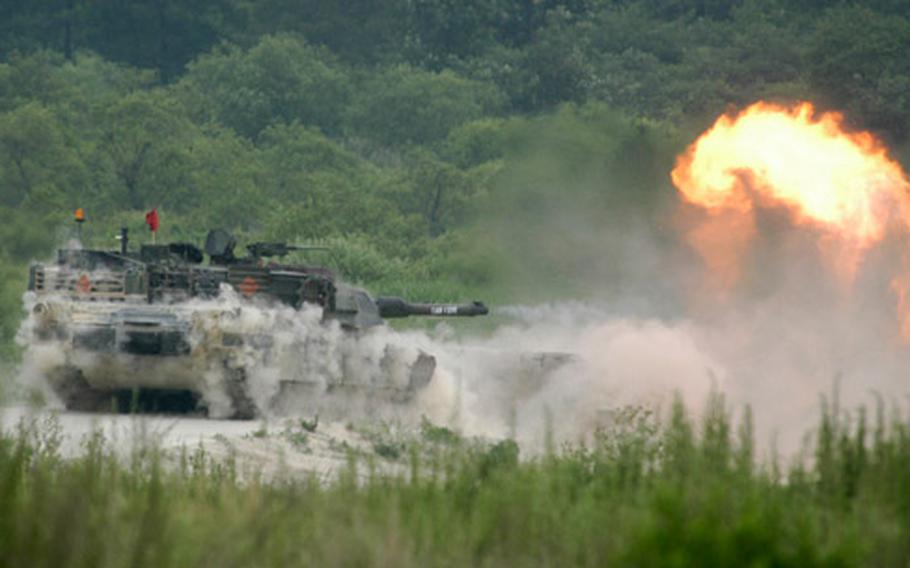 RODRIGUEZ RANGE, South Korea &#8212; Bradley fighting vehicles and M1A1 Abrams main battle tanks trained side by side here this week in an exercise designed to bring crews from 1st Battalion, 72nd Armored Regiment up to standard.

First Battalion, 72nd Armored Regiment Command Sgt. Maj. Randy Zinger, 44, of Livonia, Mich., said until this year, 1-72 had tanks only. When the unit went to the field, it often would link up with Bradleys from other units to train. However, transformation of the 2nd Infantry Division means the battalion now has two companies of tanks and two of Bradleys that train together constantly, he said.

During Tuesday&#8217;s training, massive tanks and Bradleys could be seen prowling across the range, kicking up dust as they moved, then throwing orange fireballs from their guns as they engaged targets.

The training was part of a sustainment gunnery exercise that 1-72 does whenever it needs to bring new crews up to standard. It was extra training on top of the annual and semi-annual gunnery qualifications that crews do, Zinger said.

Soldiers from the battalion receive annual briefings on the types of enemy forces they might battle on the Korean Peninsula, including &#8220;some of the elements of the North Korean army and what their strategy is going to be if they cross the DMZ (Demilitarized Zone),&#8221; Zinger said.

During sustainment gunnery training, crews engage multiple targets representing tanks, armored personnel carriers and dismounted infantry on the range, shooting from offensive and defensive positions and on the move, he said.

One of the Company B, 1-72 soldiers at the range, Pfc. Robert Lovell, 20, of Martinsville, Ill., said the gunnery exercise was only his second since he joined the Army in 2004.

The Bradley gunner said his job was to scan for targets on the range, then zoom in on them with his sight and line them up in his reticle, or network of fine focusing lines in the sight&#8217;s eyepiece.

&#8220;Once you get the command from your Bradley commander, you can send rounds downrange,&#8221; he said.

Another Company B soldier at the range, Pfc. Jesse Swafford, 20, of Pleasant Hill, Calif., drove Lovell&#8217;s Bradley to its firing positions.

Driving a Bradley is fun for a few months, Swafford said, but after that it is not particularly exciting. The machines are capable of speeds in excess of 25 mph but on the range, he said, they travel only about 3 mph while gunners line up targets during offensive engagements.

Each of the 16 rounds fired from the tank&#8217;s main gun was loaded by Pfc. Jaime Antolec, 25, of Chicago. The rounds weigh up to 50 pounds each but the soldier said he did not feel tired during the gunnery.