1,100 members of the California National Guard on high alert over dam spillover fears 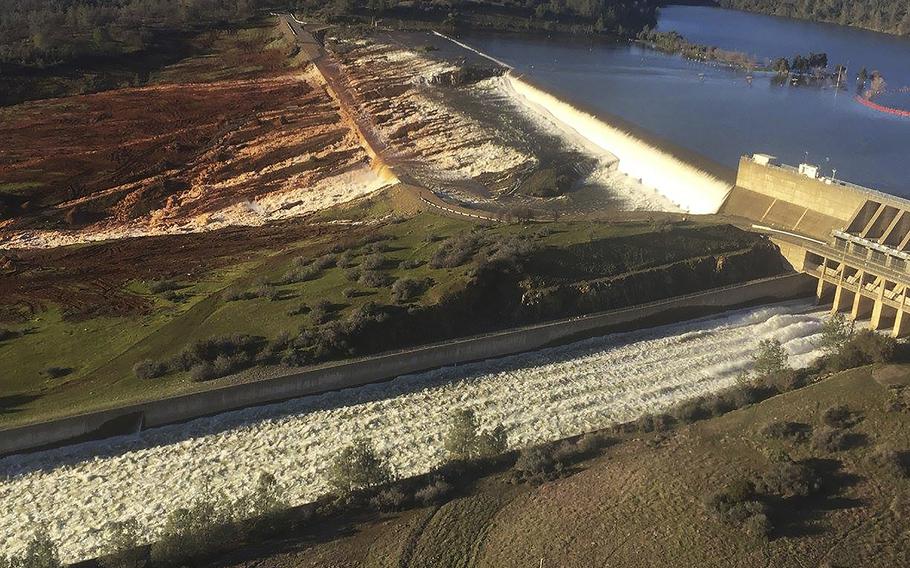 SAN ANTONIO — About 1,100 members of the California National Guard are on the highest readiness posture to assist in disaster scenarios related to a potential dam spillover 150 miles northeast of San Francisco, the Guard said Monday.

California Gov. Jerry Brown ordered a state emergency Sunday night to bolster response efforts over concerns auxiliary spillways would buckle, endangering at least 188,000 people in the potential waterway underneath Oroville Dam, the tallest in the country.

Baldwin also said eight helicopters, a mix of Blackhawks and Chinooks, will be provided for emergency spillway reconstruction and potential rescue missions.

The 1,100 Guard members on high alert are a makeup of military police, engineers, aviation and sustainment soldiers and airmen, Col. Peter B. Cross, a California Guard spokesman, said Monday.

He said the troops are on “readiness condition one,” the highest level of alert before an operation. Soldiers and airmen are at Guard installations and near vehicles waiting for orders to proceed, and assist with security and rescue operations as needed.

Military police units will deploy within 48 hours to assist with moving people and security in evacuated areas, Cross said.

“We are prepared to deploy any Title 10 capabilities – that’s federal military – quickly, if requested,” he said Monday.

No orders have been given to deploy active-duty forces yet, a defense official said on the condition of anonymity.

The federal troops would be under the control of U.S. Northern Command and liaisons from that command are already working with California’s emergency operations center, Davis said.

“We recognize one of our most solemn duties is to assist the American people in their greatest time of need,” Davis said.

However, concerns were somewhat eased late Sunday night when the water level in a reservoir dropped, alleviating pressure on the emergency spillway, the Los Angeles Times reported, though officials are still stressing people living and working downstream should leave the area out of caution.

Baldwin said Sunday that the entire California National Guard has not been on full standby since the 1992 Los Angeles riots, which erupted after an acquittal in the police brutality trial involving Rodney King.