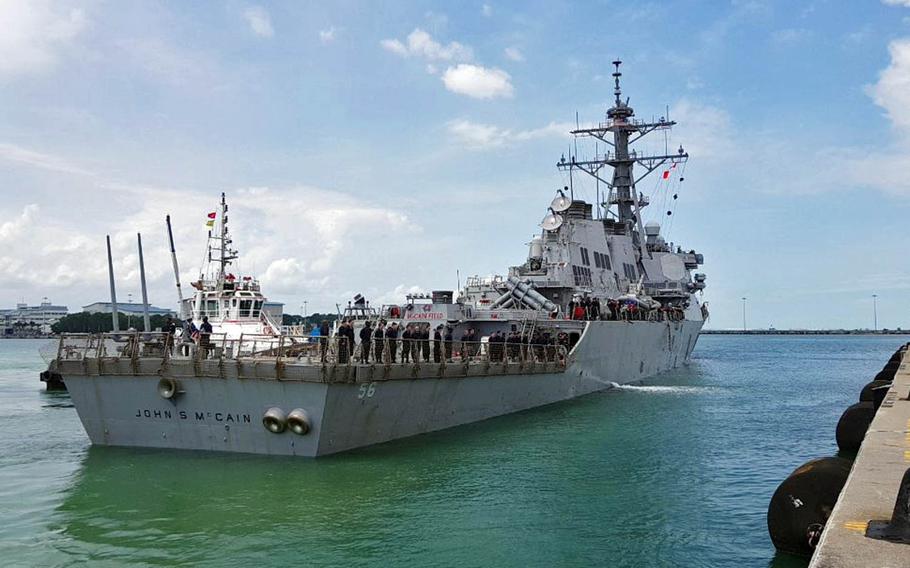 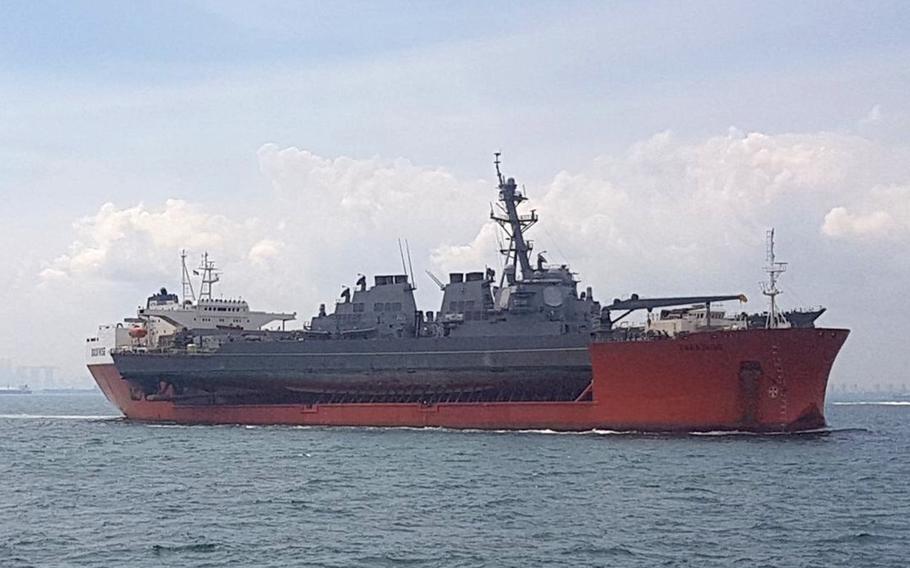 YOKOSUKA NAVAL BASE, Japan – The collision-damaged USS John S. McCain – enroute from Singapore to Japan via a heavy-lift vessel – has been diverted to the Philippines because of new structural issues and a typhoon.

The guided-missile destroyer developed a 4-inch-long crack along its starboard side while transiting to Yokosuka Naval Base aboard the MV Treasure, 7th Fleet spokesman Cmdr. Clay Doss told Stars and Stripes on Saturday.

Weather conditions associated with Typhoon Lan had already slowed the McCain’s journey to Japan, and the crack’s discovery led to the diversion to Subic Bay, Philippines, Doss said.

“Once pier side, experts will inspect the crack and determine if any additional repairs are needed before continuing to Yokosuka,” he said.

The cause of the crack and the extent of the structural issues are unknown, Doss said. The majority of the crew has already returned to Yokosuka, with only about 10 sailors remaining aboard the ship.

The McCain departed Singapore earlier this month after a deadly collision with an oil tanker on Aug. 21 killed 10 crew members. Sailors, families and base workers held a memorial ceremony at Yokosuka on Oct. 4 for those who perished in the collision.

The Navy intends to fix the McCain at Yokosuka, while its sister ship, the USS Fitzgerald, will be sent to Ingalls Shipbuilding in Pascagoula, Miss., for repairs. Seven Fitzgerald sailors were killed in a June 17 collision with a merchant vessel off Japan.