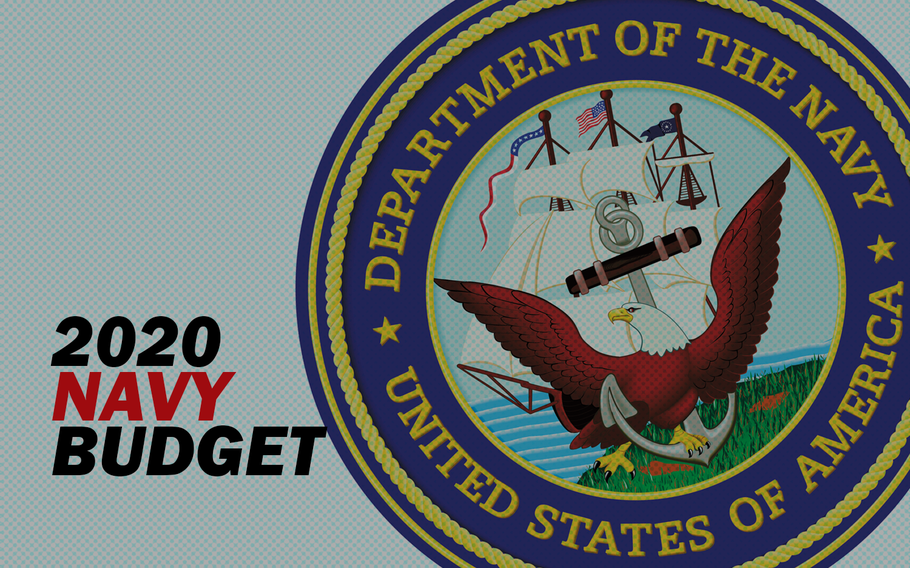 The Department of the Navy’s total proposed budget, which includes funding for the Marine Corps, is $205.6 billion — making it the largest service request for fiscal year 2020. ()

WASHINGTON — The latest budget request for the Navy, released Tuesday, calls for $194.5 billion for more personnel and ships to meet the challenges of increased activity and competition in the maritime domain.

The Department of the Navy’s total proposed budget, which includes funding for the Marine Corps, is $205.6 billion — making it the largest service request for fiscal year 2020.

“Our budget is strategy driven, and it’s focused on maximizing our naval power,” said Rear Adm. Randy Crites, deputy assistant Secretary of the Navy for management and budget, during the Navy’s presentation at the Pentagon. “It resources the force required to implement the National Defense Strategy and aligns our people, capability, and processes.”

The largest request in the overall Navy budget is for operation and maintenance, at $68.5 billion, an increase of $5.6 billion. Of that, $57.8 billion would be used specifically for the Navy, including ship operations ($19.1 billion) and air operations ($11.7 billion).

One of the Navy’s long-term plans is to increase battle force ships to 355 by fiscal year 2034. Tuesday’s budget request would bring the deployable battle force count to 301 ships. Currently, the Navy has 289 ships, and by the end of fiscal year 2019, there could be 296 ships.

The retirement of the USS Harry S. Truman aircraft carrier was confirmed Tuesday, with Crites saying the Navy’s decision was based on reinvesting the money into other capabilities instead of spending it on the ship’s planned refueling complex overhaul in fiscal 2024. Crites said the Navy still has time to reassess its decision on the ship’s retirement, considering analysis from an ongoing force structure assessment, for example.