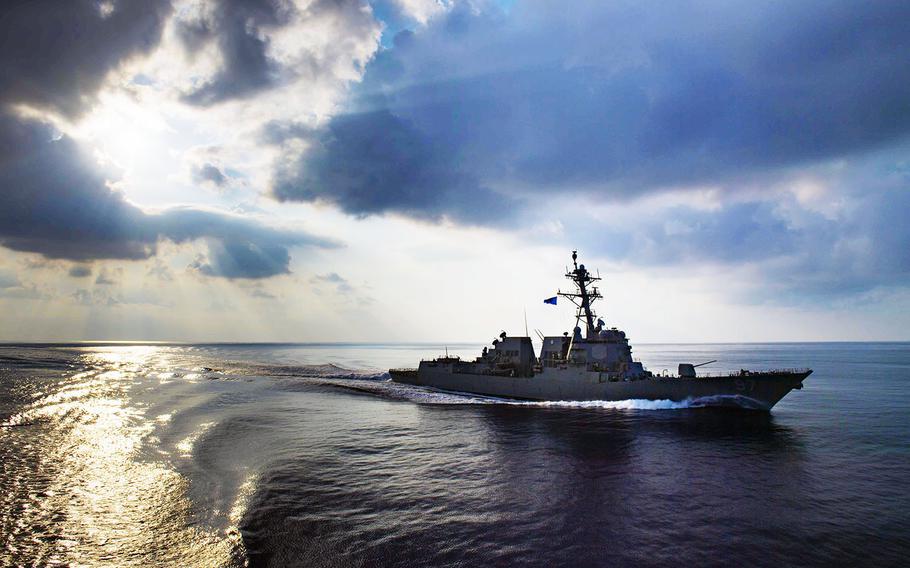 The United States and Thai navies are drilling to counter enemy submarines in the latest sign of warming relations between the two allies.

The five-day Guardian Sea exercise, which began Wednesday, focuses on “anti-submarine warfare while also improving information sharing between the two navies,” the Navy said in a statement this week.

“Guardian Sea is an increasingly sophisticated and robust exercise that enables the U.S. Navy and Royal Thai Navy to continue working closely together and learning from each other,” Capt. Lex Walker, commodore of Destroyer Squadron 7, said in the statement. “Each year, as allies, our two nations are becoming increasingly capable in mutually conducting anti-submarine warfare that ensures security and stability in the maritime domain.”

U.S. assets involved in the drills include the guided-missile destroyer USS Halsey, an unnamed Los Angeles-class fast-attack submarine and a P-8 Poseidon aircraft.

The Royal Thai Navy, which sent only two ships to similar drills last year, has deployed its helicopter carrier, the HTMS Chakri Naruebet; a corvette, the HTMS Long Lom; two frigates the HTMS Taksin and HTMS Naresuan; and an S-70B Seahawk helicopter.

The larger exercise is the latest sign of improving relations between the countries after a 2014 military coup led to reduced U.S. participation in military events such as the annual Cobra Gold exercise in Thailand. Last August, former Secretary of State Rex Tillerson became the most senior U.S. official to visit the Southeast Asian nation since the coup.

Daniel Kliman, a senior fellow at the Center for a New American Security think tank in Washington, D.C., said submarines are proliferating across Southeast Asia.

“For Thailand it gives them an opportunity to engage the world’s foremost Navy,” he said. “Thailand does not have a great submarine threat that they face but there is a submarine boom going on in Southeast Asia. There are many navies with submarines in the region so for Thailand it makes sense they’d want to continue those anti-submarine warfare exercises.”

Guardian Sea helps the U.S. re-engage a longtime ally that had begun to sway into China’s political orbit, Kliman said.

“China had made inroads with Thailand, including the proposed sale of submarines to the Thai navy,” he said. “After the 2014 coup, the Obama administration lowered the profile of military cooperation with Thailand. Following [President Donald Trump’s] election, you’ve seen a move away from that, probably in part driven by concerns China was filling the vacuum.”

“The Royal Thai Navy and U.S. Navy continue to demonstrate a strong relationship in every aspect of maritime operations,” he said in the statement. “We are fully committed to further strengthening this partnership well into the future with even greater and more complex naval tactics as well as maritime security exercises each year.”