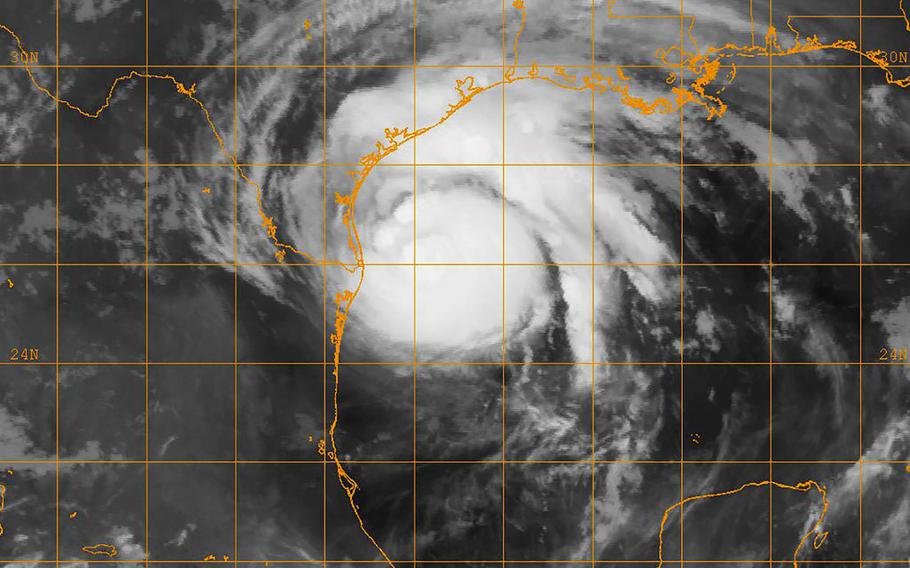 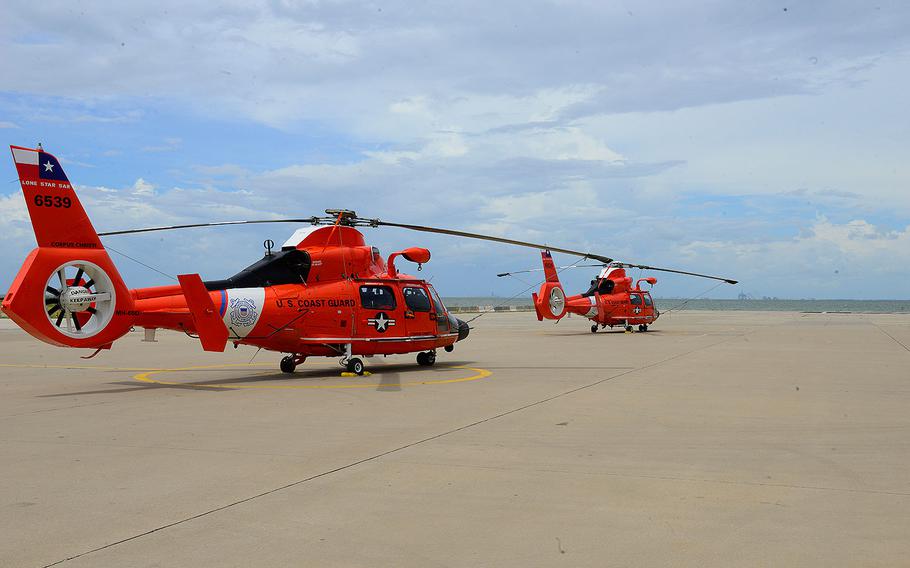 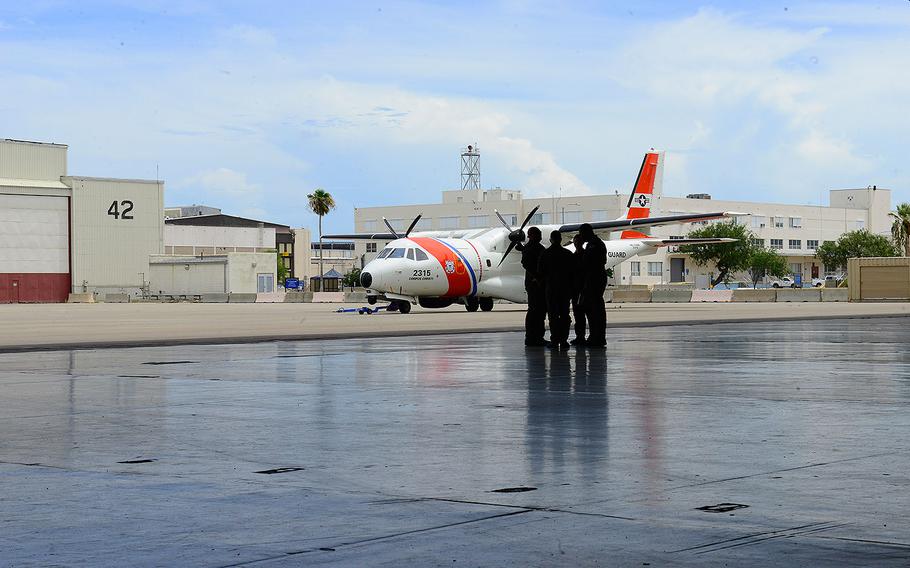 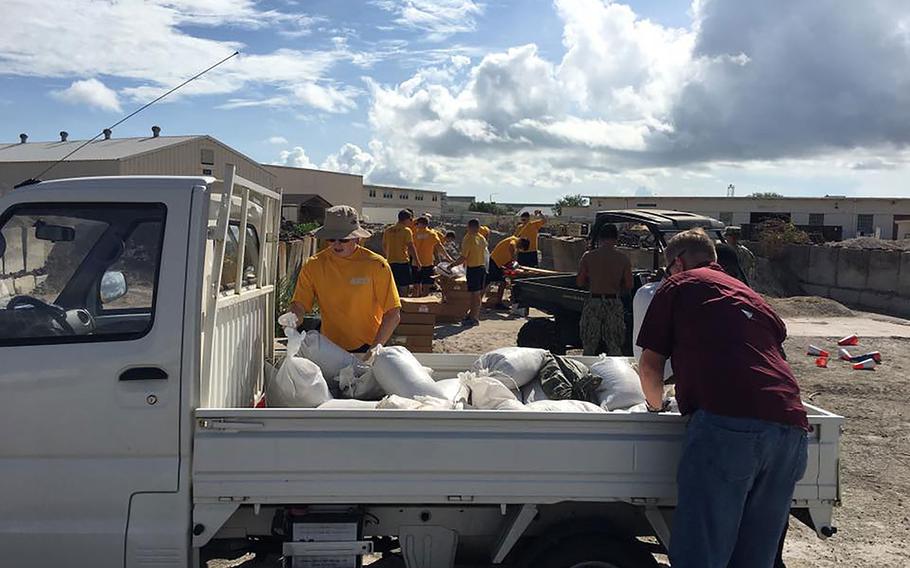 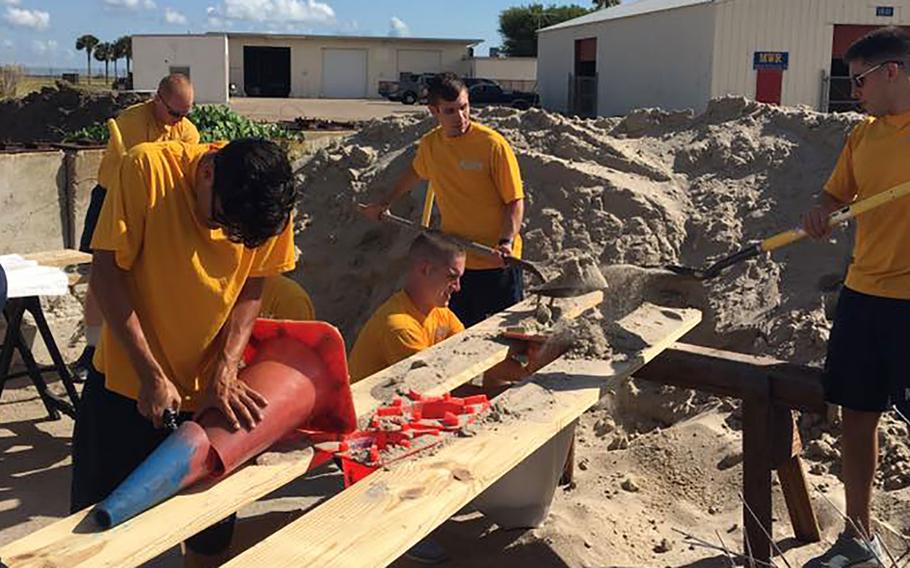 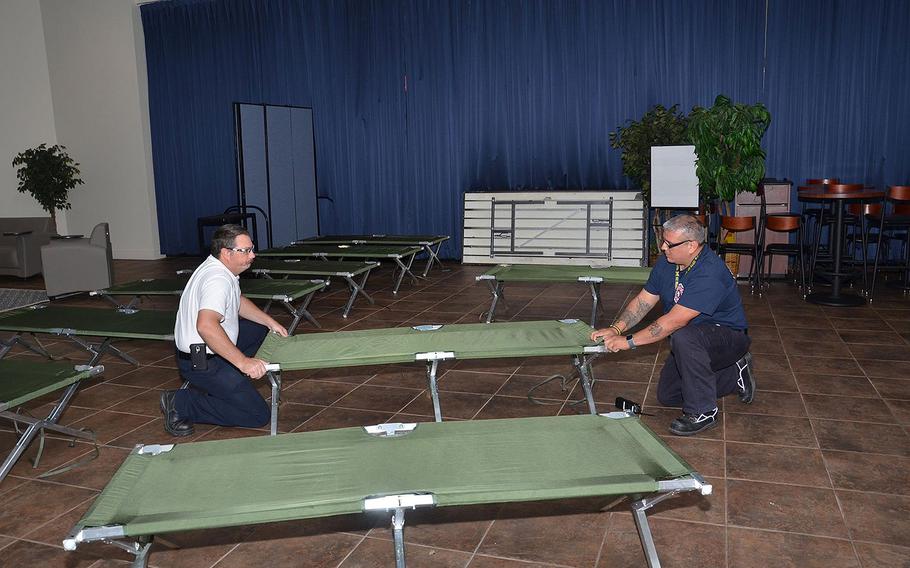 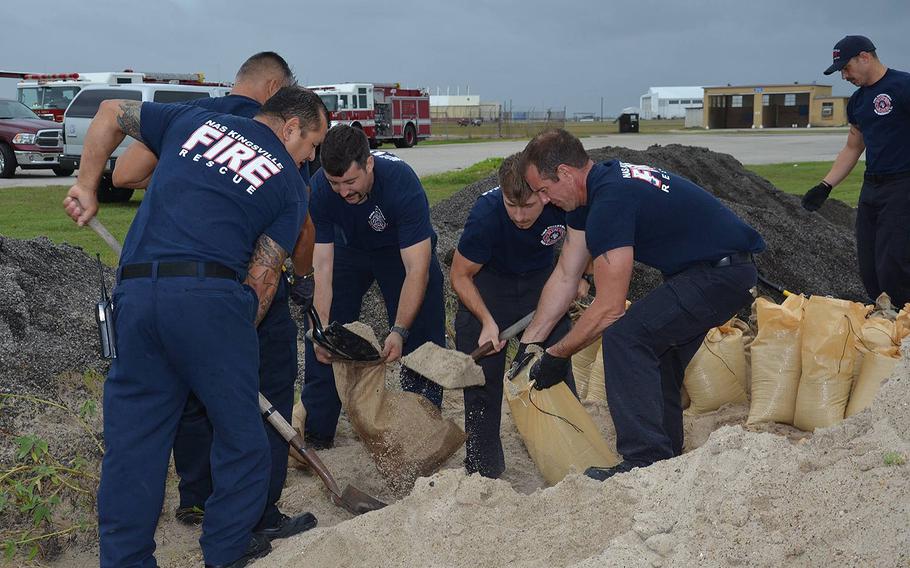 WASHINGTON — With Hurricane Harvey barreling down on Corpus Christi and the Texas coastline, the Navy has evacuated dozens of aircraft and thousands of personnel from its two bases in the direct line of the growing storm, which is expected to make landfall early Saturday.

The Navy moved dozens of aircraft from Naval Air Station Corpus Christi and NAS Kingsville to NAS Joint Reserve Base Fort Worth and closed both bases, said Bill Dougherty, a spokesman for Navy region southeast, which oversees Navy installations in the southeastern U.S. All remaining aircraft have been placed in hangers, he said.

In Corpus Christi, the Navy evacuated dozens of training planes and some Coast Guard aircraft and all but 74 of the 6,200 personnel and civilians who work there. Dougherty said non-essential personnel were sent to Fort Worth, where a 300-mile radius has been designated a safe zone for personnel.

The Navy has opened an emergency family assistance center on the Fort Worth base, Dougherty said. Corpus Christi is also home to an Army depot for its helicopters, which have all been stored in hangars, he said. At Kingsville, about 30 miles further inland, the Navy moved 28 of its 99 T-45 training aircraft to Fort Worth and evacuated all but 62 of its 1,600 people, Dougherty said.

The T-45 trainer jets are the same aircraft that the Navy grounded in June because a malfunctioning oxygen system was not supplying proper levels for pilots, causing severe disorientation during flights. The Navy grounded all 197 of its T-45s but has since allowed instructors to return to the aircraft. Student training on the jets recently resumed.

Kingsville spokesman Kevin Clarke said the Navy had limited pilots and some functioning T-45s so only 28 could be flown out. He deferred questions about the T-45s to Navy Training Air Wing Two, which is responsible for the aircraft, but a spokeswoman for the unit, based at Kingsville, could not immediately be reached.

Clarke said that beyond areas where Texas ordered mandatory evacuations, personnel were given the option of safe haven at Fort Worth. Many around Kingsville opted to wait out the storm in place.

In advance of the potentially catastrophic storm, Texas has mobilized about 700 members of the Texas Army and Air National Guard and the Texas State Guard.

They are spreading out across the storm area to be ready to respond where high need is anticipated, spokesman Sgt. Kyle Burns said. Harvey is the first hurricane to make a direct landfall on the Texas coast since 2008.

“Right now they are linking up with our first responders, who are already pre-staging,” he said.

The Navy wants evacuated personnel to log in to the Navy Family Accountability and Assessment System to let the command know their whereabouts. This can be done at navyfamily.navy.mil or by mobile phone through the NFAAS app.

“Once they get settled ... let us know they are OK,” Dougherty said.