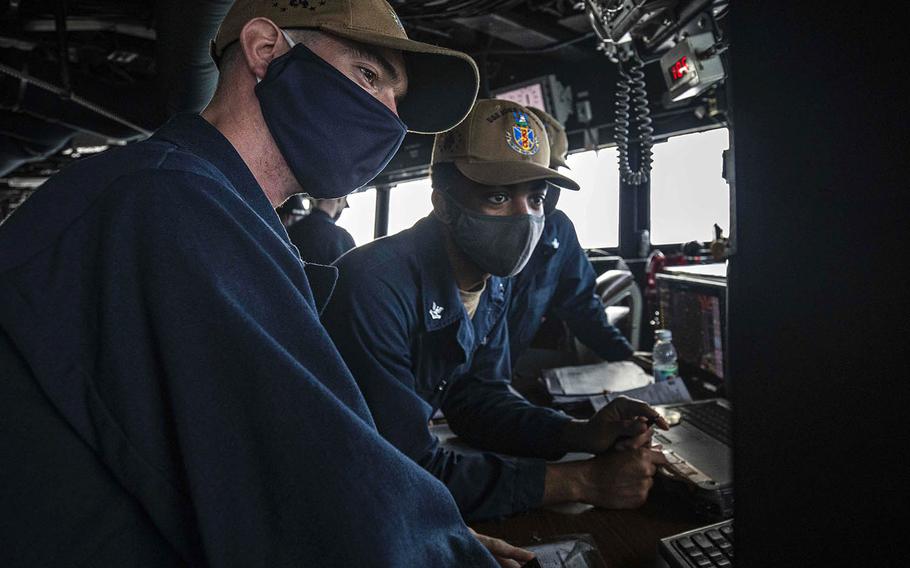 YOKOSUKA NAVAL BASE, Japan — The USS John S. McCain conducted a freedom-of-navigation operation in the South China Sea on Thursday, the second such mission in a week, according to the Navy’s 7th Fleet.

The guided-missile destroyer was sent to challenge Vietnam’s “excessive maritime claims” in the Con Dao Islands, about 150 miles south of Ho Chi Minh City, the 7th Fleet said in a statement the same day.

The Con Dao archipelago is made up of 16 islands, most of which are uninhabited, according to Vietnam-guide.com. The main island, Con Son, is home to several beach resorts and fishing villages.

International law recognizes a nation’s territorial waters extend up to 12 nautical miles from its coasts.

The operation was also meant to “preserve access and navigational freedoms consistent with international law,” according to the statement.

The McCain on Dec. 22 had steamed through the Spratly Islands in the South China Sea, another freedom-of-navigation operation. Vietnam lays claim to some of the Spratlys, along with China, the Philippines, Taiwan, Malaysia and Brunei.

The mission Thursday was at least the eighth time this year that the Navy has sent a warship to challenge maritime claims in the South and East China seas.

Most targeted Chinese claims in the region, which Secretary of State Mike Pompeo formally rejected as “completely unlawful” in July.

The McCain also conducted a freedom-of-navigation operation in the Sea of Japan on Nov. 24, challenging Russia’s claims to Peter the Great Bay.

Following the Nov. 24 and Dec. 22 operations, the Russians and Chinese said their militaries had chased the McCain from those respective areas, claims the U.S. Navy dismissed.