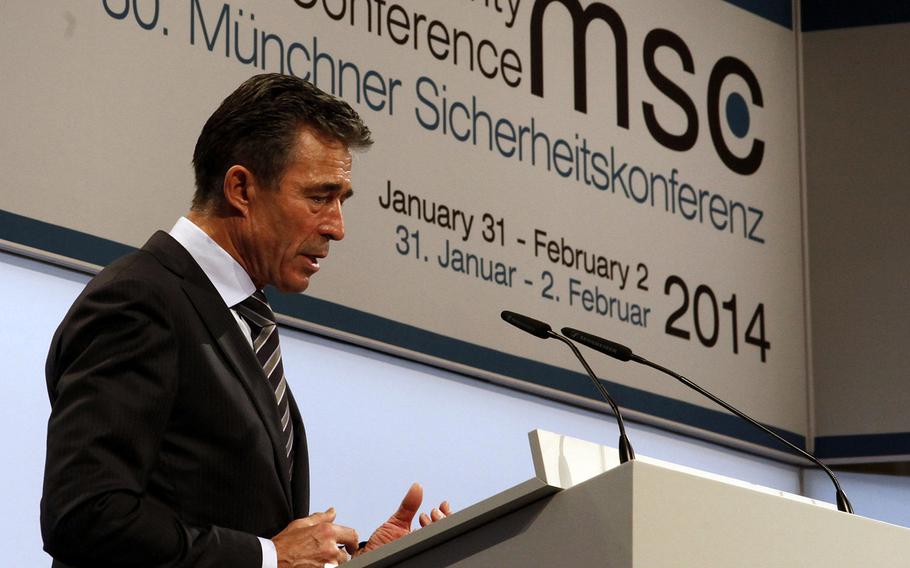 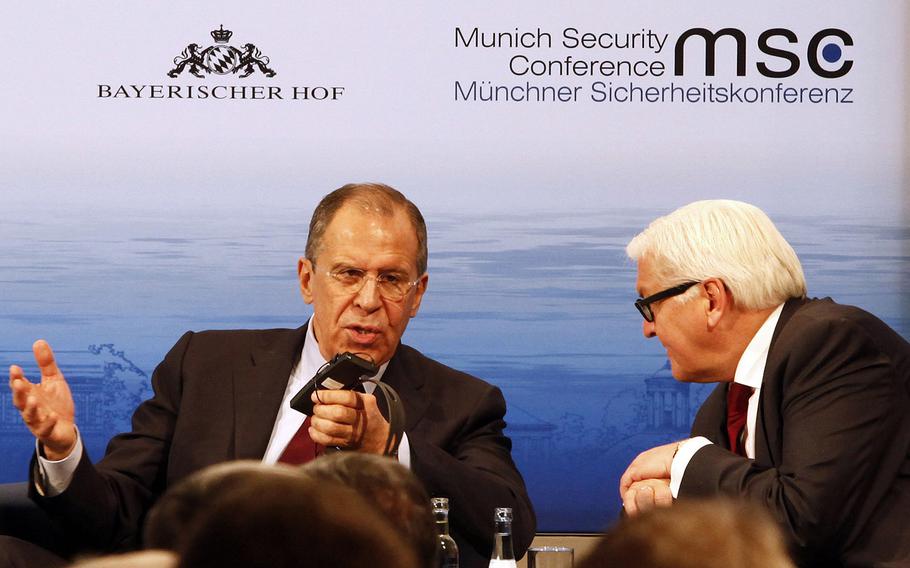 MUNICH — NATO’s secretary-general on Saturday said increasingly bellicose rhetoric out of Russia is hindering chances for more cooperation between the alliance and its old Cold War foe.

“We must refrain from threats against each other,” NATO chief Anders Fogh Rasmussen said during the Munich Security Conference. “The deployment of new offensive weapons has no place in a true strategic partnership.”

While noting that Russia and NATO continue to cooperate on some security matters, such as counter-terrorism and narcotics trafficking, Rasmussen chided Russia on a range of issues, such as the recent deployment of ballistic missiles in the country’s west .

Russian Foreign Minister Sergey Lavrov countered that NATO’s missile defense plans are an act of hostility at a time when “military confrontation in Europe is unthinkable.”

“The military people realize missile defense is part of the strategic arsenal of the United States,” Lavrov said. “When a nuclear shield is added to a nuclear sword, it is very tempting to use this offensive, defense capability.”

NATO insists the missile defense program is aimed at countering potential threats from “rogue states,” such as Iran.

Lavrov also criticized recent NATO exercises such as last year’s Steadfast Jazz war game held in Poland and Baltic states near the Russian border, which he called an unnecessary provocation.

“We are not moving away from dialogue, but we don’t see any change in our counterparts’ position,” Lavrov said.