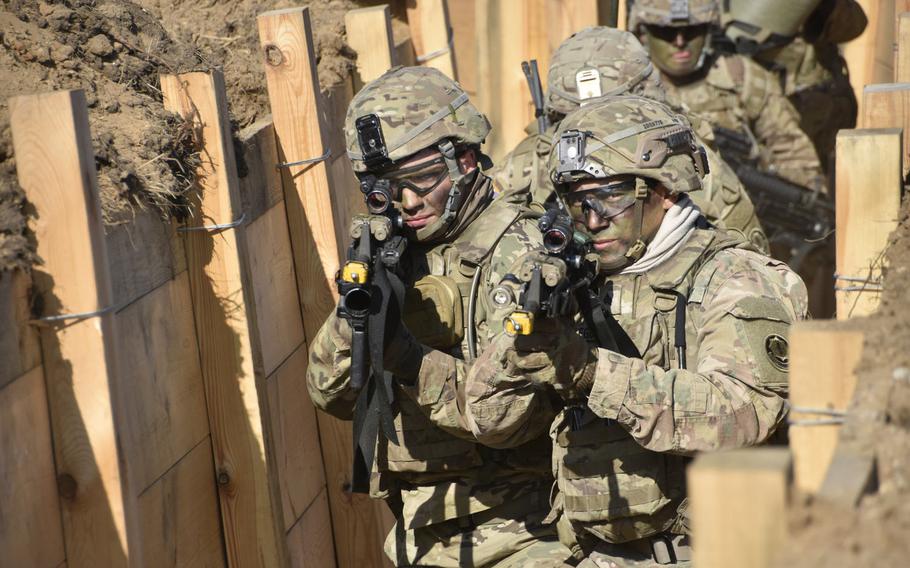 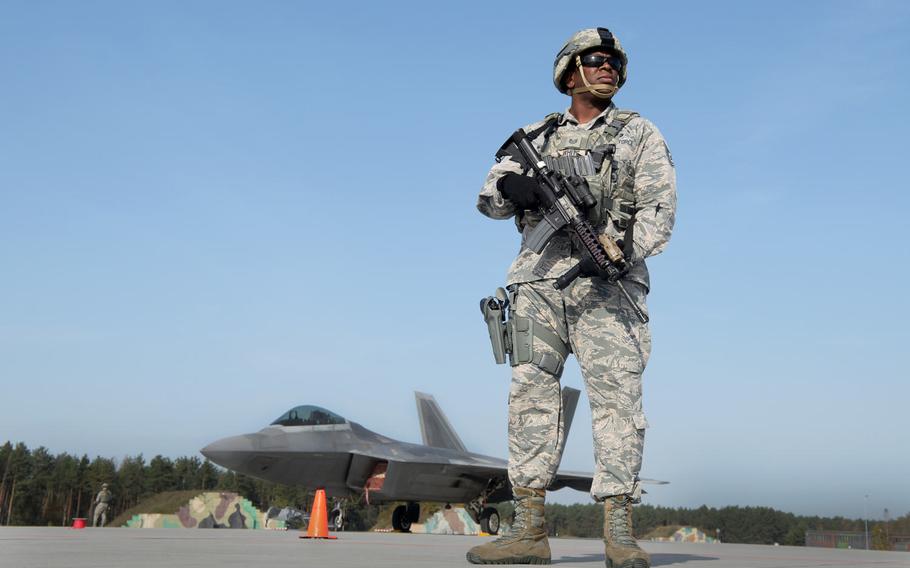 Lawmakers want the military to draw up a strategy for stationing more troops in Europe and to reconsider future base closures, given concerns about a more assertive Russia.

The version of the National Defense Authorization Act approved by the House on Tuesday also calls for $4.6 billion dedicated to deterring Russia in Europe to be shifted from contingency accounts to the Defense Department’s base budget.

Military officials have long advocated such a shift, arguing that money drawn from the main budget pot is a more reliable funding stream.

To go forward, the $700 billion bill must pass the Senate and would require elimination of the 2011 Budget Control Act, which caps military spending.

The U.S. “should develop and implement a policy and strategy ... to deter and, if necessary, defeat Russian aggression, which will require enhancing United States military capability and capacity in Europe, including strong consideration of investments in increased permanently-stationed and continued rotational forces,” House budget documents said.

The budget passed by Congress includes a provision that directs the Defense Department to craft a wish list to “fully resource” the military mission in Europe. Should the budget become law, the Pentagon would be required to submit an updated military plan for Europe within 120 days.

U.S. European Command has increased its presence in Europe during the past several years, largely because of the Europe Reassurance Initiative, now dubbed the European Deterrence Initiative. The Pentagon is now being asked how to fund that campaign, which several billion dollars have been spent on since 2015, through its base budget over the next five years.

Since Russia’s 2014 intervention in Ukraine, years of steady drawdown in Europe have come to a halt. Large U.S. troop rotations along NATO’s eastern flank are a linchpin to the reinvigorated campaign. The stockpiling of a wide range of weaponry throughout Europe has involved the return of Army tanks and other armored fighting vehicles, along with artillery.

The House bill says the next step is to add more precision-guided munitions to its stockpiles. The budget calls for more missile defense capabilities in Europe, with about $50 million for the development of “active defenses to counter (Russian) ground-launched missile systems with ranges between 500 and 5,500 kilometers.”

The House cited Russia’s alleged violation of the Intermediate-Range Nuclear Forces Treaty as a reason for adding defenses. The budget sets aside more intelligence and surveillance assets for Europe, which have been in high demand since 2015.

The House budget also would call on the military to report annually on Russian “hybrid” threats such as disinformation campaigns and cyber activities.

Even as EUCOM reinforces its mission in the east, it is moving forward with a series of base closures, largely in the United Kingdom.

In 2015, the Pentagon began a program that merged or closed scores of sites. In the U.K., some closures have run into delays, with RAFs Mildenhall, Alconbury and Molesworth not set to shutter until 2024.

Congress says the plans should be re-examined.

“The committee notes that in a changing strategic environment, a re-evaluation of the sites the Department is planning to divest is necessary for long-term strategic planning,” the House budget says.