'You just want to get them out' 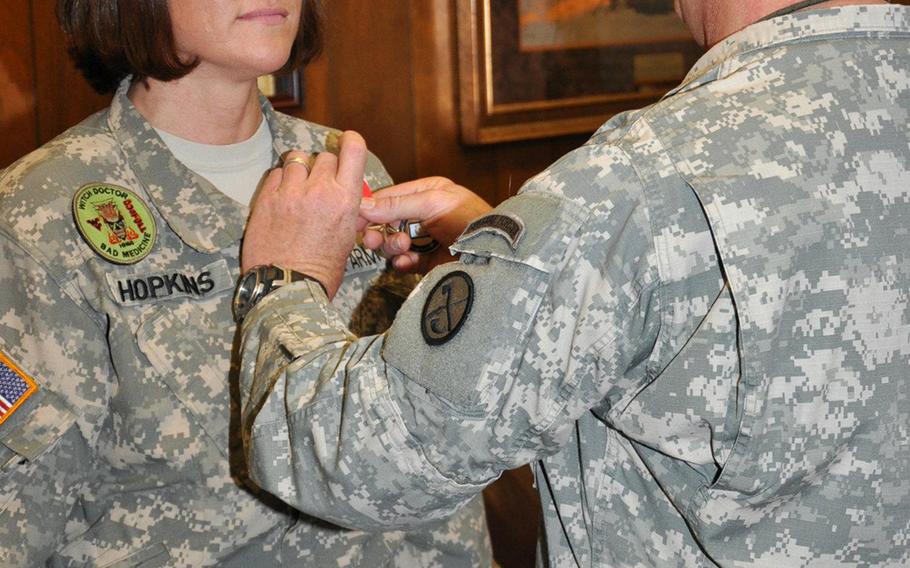 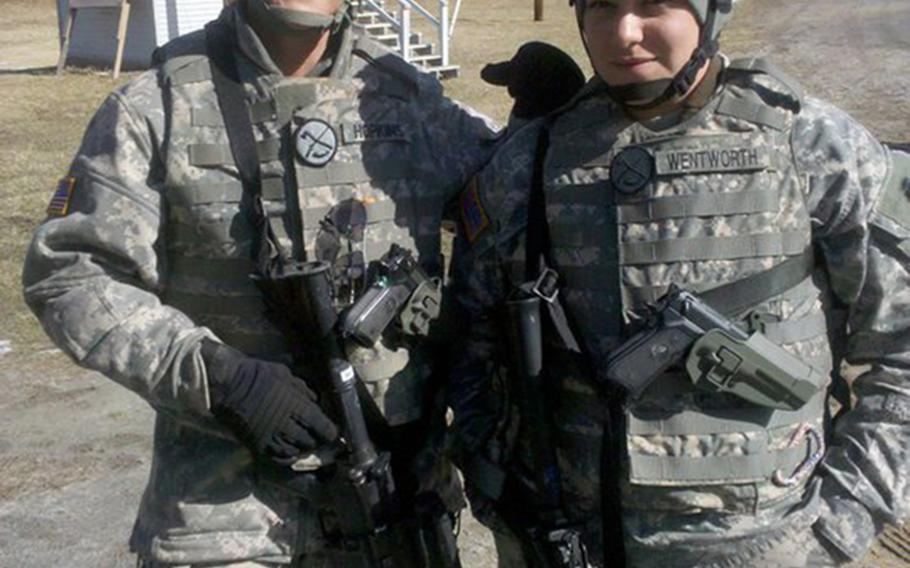 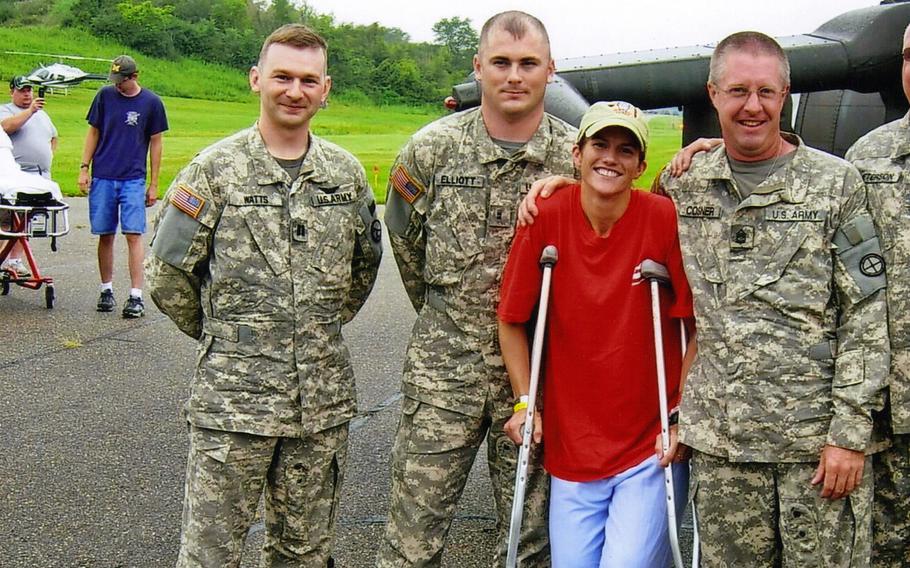 Army Staff Sgt. Nicole Hopkins, still recovering from her injury sustained in Afghanistan, is greeted by friends and fellow servicemembers when she returns home from deployment. (Photo courtesy Nicole Hopkins) 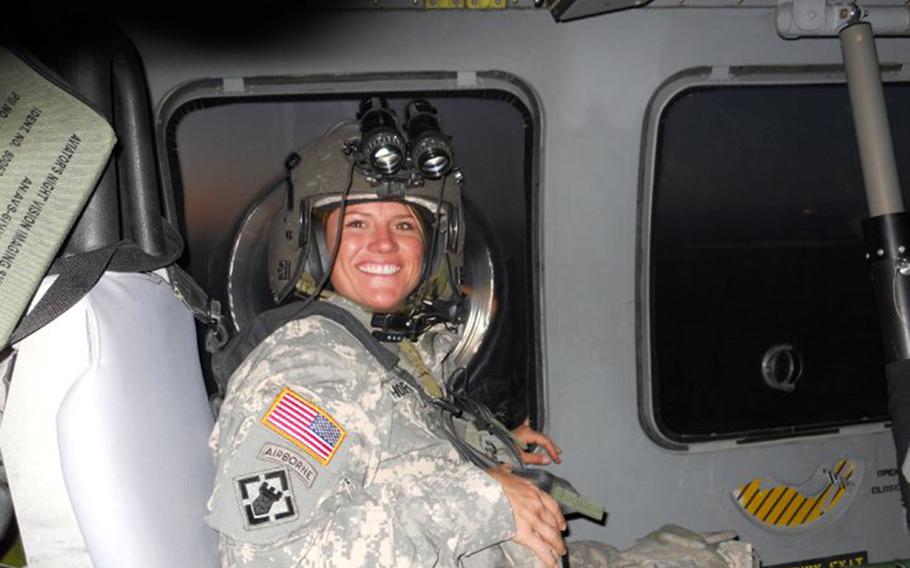 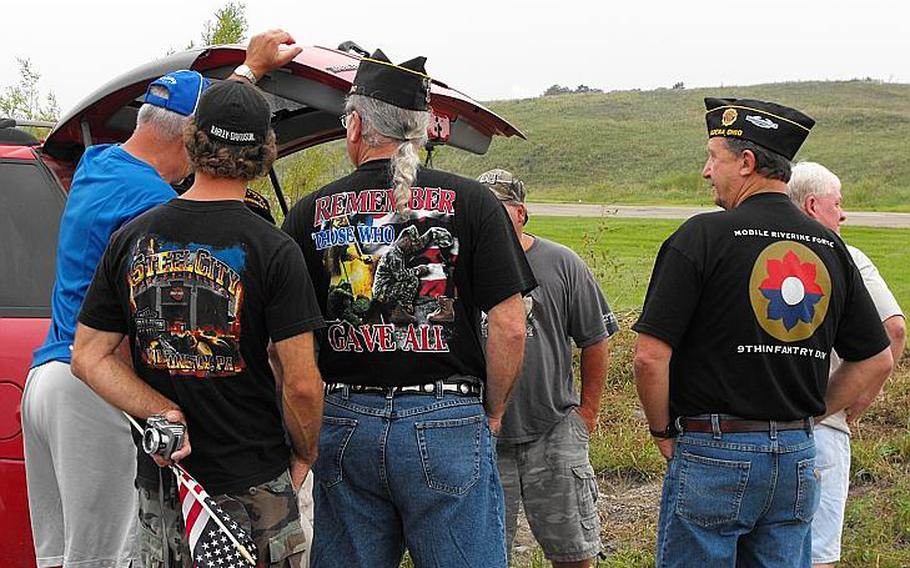 Staff Sgt. Nicole Hopkins considers herself lucky that her deployment to Afghanistan ended with a leg injury — not death — on July 19, 2010.

In the two days leading up to that day, the flight medic and her crew flew several missions to extract wounded soldiers fighting in Paktika province in southeastern Afghanistan.

For her actions and bravery in evacuating injured soldiers, Hopkins was awarded the Bronze Star with “V” device for valor.

On July 17, crewmembers of Company C, 2nd Battalion, 104th Aviation Regiment boarded a Black Hawk helicopter and headed toward a ridgeline in Orgun-E Kalan, where Hopkins picked up her first patient of the day.

“He was injured, his foot was missing and some fingers, but he was stable. ... I started taking care of him,” she said.

After a second explosion nearby, Hopkins’ fellow flight medic, Sgt. Pedro Lopez, jumped out of the helicopter as it hovered above the ground. A chase helicopter retrieved Lopez and a soldier with severe injuries, including a near amputation of his leg.

Hopkins’ helicopter returned to the ridgeline as a group of soldiers were carrying critically wounded Staff Sgt. Matthew Weikert, who had been hit by an IED blast. Hopkins jumped out and ran down the ridgeline toward them.

“The rest of the soldiers he was with were carrying him up a real steep incline,” she said. “When they started to come toward the aircraft, one of them actually tripped. No one dropped Weikert, but they were exhausted.

“Those soldiers were incredible, and I will never forget the endurance they showed that day in trying to get their fellow soldiers to the aircraft,” she said.

As soon as Weikert was on the helicopter, Hopkins started to perform CPR. He later died.

Hopkins and the air ambulance crew didn’t have much time to recover.

Two days later, Hopkins boarded a Black Hawk helicopter, this time for a routine flight to get a soldier.

On the way, the crew received an urgent call to go to a convoy of soldiers who had been in a rollover. The extent of the injuries of the four soldiers was unknown, night was closing in, and the weather was starting to worsen.

They had flown into a valley and there wasn’t a safe place to land, so the helicopter circled around several times, Hopkins recalled.

Lowering Hopkins to the ground on a hoist was the best course of action.

“It was dark, it was late and I was in (night-vision) goggles so everything was green,” she said from her home in West Virginia.

“I was about 100 feet down from the helicopter, about 10 feet from the ground, when the helicopter lost power, and the only way for it to recover was to take off. There was a rise in the terrain so ... they had to do what they did,” Hopkins said. “I didn’t have time to pray.”

With Hopkins dangling dangerously close to the ground, the helicopter took off. She slammed into the rising terrain, seriously injuring her knee and leg. Hopkins now has a rod and screws in her leg and will need a knee replacement.

Between losing Weikert on July 17 and getting injured two days later, “it really sunk in how lucky I was that I was going home on the medevac than another way,” she said.

Hopkins has stayed active with the National Guard and the Army, working full time while also working part-time as a nurse.

She has since received her commission as a second lieutenant.

In the three months she served in Afghanistan, Hopkins estimated she got in at least 70 hours of flight time, never thinking about her own safety.

“I’m always confident that the guys on the ground are looking out for you because we are rescuing their wounded,” Hopkins said. “You just want to get them out.”