What do we need to know about veterans? 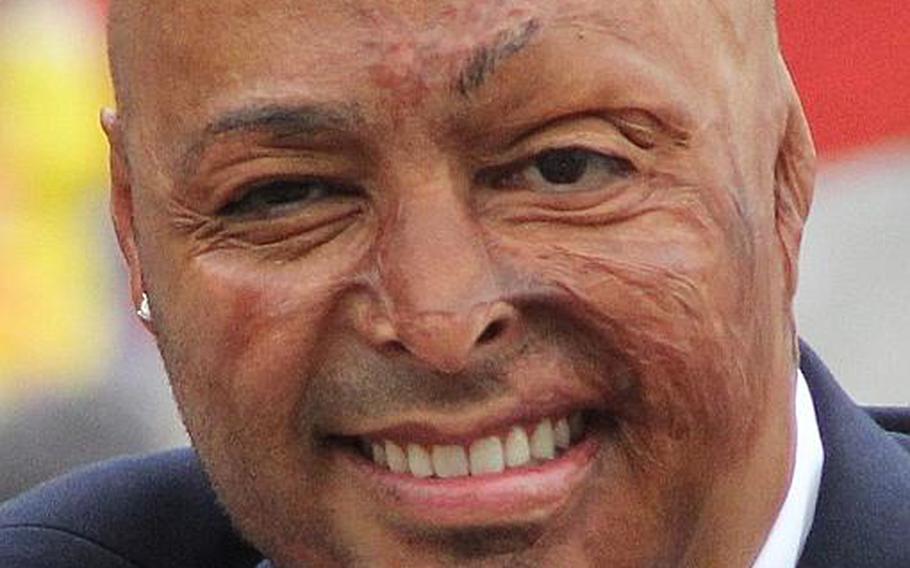 What does America need to know about its veterans? What’s the biggest divide between those who have served and those who haven’t?

We asked influential veterans to weigh in on the cultural gap between veterans and civilians who never served by answering those questions. Here’s how they responded:

During an interview, my future employer asked if I suffered from PTSD due to my service overseas. Unashamed of my diagnosis, I said yes. Months later, the Sandy Hook massacre occurred and he hollered across the newsroom asking if I “was going to go all PTSD and shoot up the place someday?”

Do not joke about PTSD. It is a personal battle that hundreds of thousands of veterans share. We may struggle in crowds, have nightmares or have a myriad of issues. Our disorder does not warrant jokes and it does not warrant pity. A fine line of acceptance and respect should be walked. Accept us for who we are and encourage us to continue therapy, despite how difficult we find it. Do not allow us to become one of the 22 veterans who commit suicide daily.

J.R. Martinez, actor and “Dancing with the Stars” champion

Veterans want to live as normal of a life as anyone else. However, due to situations they’ve constantly been put in, it makes the possibility more difficult but not impossible when they return home.

The biggest divide is experience and appreciation. Servicemembers have witnessed life on a level that most citizens have only experienced through a movie. Continued communication is needed, not necessarily to understand each other but to know the limits of one another. We need not to judge each other but listen and work together.

Veterans are natural problem solvers. I can’t think of a more testing entrepreneurship program than Iraq or Afghanistan. What’s more, the post-9/11 generation of veterans all volunteered to serve in the military. That desire to serve did not end when they took off the uniform.

Right now, hundreds of veterans are serving their communities at home through non-profits like The Mission Continues and Team Rubicon. In the past, government policies have imposed costs across society when it made decisions to go to war. Whereas since the Second World War, government policies have had the effect of locating the costs on increasingly narrow segments of our society. Where it was highly common for civilians during the Second World War to sacrifice in support of the greater effort, it’s extremely uncommon in the wars we have been fighting since 9/11.

To be blunt, the policies of our government since 2001 create and sustain the divide between those who have served in the military and born the direct costs of war, and those in the wider society who have not.

We joined the military for many reasons: we enlisted because we came up hearing stories of service, sacrifice, and adventures from those who came before us. We signed up to get out of dead-end small towns. Because we wanted to be challenged to our core. We raised our right hands to escape communities rife with drugs and gangs. Because we wanted to be part of something bigger than ourselves. To pay for college. Or because we felt guilty standing by during a time of war. We immigrated to America for a better life and were given a fair shot at the dream, and decided to serve so others may follow us. We are rural farm kids, street smart, the privileged, and we have served together.

We are a vibrant cross section of America woven tighter than anyone could comfortably choose. We have been stripped of daily comforts, even our own choice of clothes, and we have learned that we are only as strong as our weakest link. We are separated from our loved ones and have only strangers next to us, and we must learn to work together or else people will die. And if America listens, our wisdom will make her wiser because of these experiences.

Whether you’re talking about work, triathlons or life in general, transition is challenging. And in the next four years, an estimated 1.2 million on Active Duty are going to do just that: Transition from service member to civilian.

I believe that fellow Americans need to know that the “average veteran” brings incredible experience, resilience and capability to their community. But to fully tap into those qualities, our veterans need a little assistance during that critical transition period when they exit the military. This support comes in many shapes and sizes, but one of the simplest ways American citizens can help a veteran unlock their full potential is by connecting on a personal level.

While the camaraderie of the military is especially powerful, Americans should know that most veterans will apply that same loyalty to their new friends outside the military. Veterans are the type of people that you want in your friendship circle. They may be hesitant to seek you out in that transitional period, so don’t be afraid to reach out to them. Everyone, including your community, will be stronger for it.

The U.S. military reflects America. So it’s unfortunate when people try to lump veterans into one of two categories: The unassailable, noble hero on one hand and the unstable, highly trained psychopath on the other. Both are caricatures.

In reality, some veterans have been molded into living a life of service. Some are selfish. Some would take a bullet for you. Others would rob you blind. Some leave the service to get their MBAs and become millionaires. Others are homeless within a year.

They’re people who did a job, and all Americans need to get past the Hollywood stereotypes — good or bad — that have pigeonholed so many veterans for so long.

It is maddening to me that I spent the better part of three years between Afghanistan and Iraq only to come back to my college peers who don’t know what the Army Reserves are or where Afghanistan is on a map. If one more person, in 2013, asks me if I know anyone in Iraq that could use a care package, my head might explode.

So you met a veteran who just go back from Afghanistan and don’t know why we are still in that country? Instead of asking if they killed anyone, why don’t you pick up a magazine or turn on the news or get really crazy and go to the library.

I don’t even care if you don’t agree with the politics of the conflicts. Please be sensitive to the fact that people spent and gave their lives these conflicts that you chose not to pay attention to.

What does America need to know about its new veterans? That we aren’t one voice, one experience, one memory, one preconceived notion fulfilled that can be stapled to our country’s heels like Peter Pan’s shadow? That we’re both varied and small? That 2.5 million of us have served in Iraq and Afghanistan since 2001, a number that’s roughly the population of tiny, frozen Latvia, a number that only begins to hint at the separation between the postmodern empire and its legions?

Does history, the teacher of life according to Cicero, yield answers? How did a nation two generations removed from pushing back the onslaught of fascism get here? How did a society one generation removed from the great scar of Vietnam arrive here?

What happened to the America we woke up to on September 12, unified, defiant and proud?

Is it because in an all-volunteer force, it’s someone else’s sons and daughters who fight?

Shouldn’t supporting the troops also mean hiring them? Does the skittish corporal who managed $500,000 worth of equipment in a forgotten outpost of hell get hired, or just the officer with the plastic smile and business degree?

What’s the biggest divide between those who have served and those who haven’t? Other than getting shot at in strange lands? Recognizing that we’re as responsible for the divide as much as civilians are? That we know insulating ourselves in vet squads and platoons bridges nothing, but do it nonetheless?

That our own veterans’ movement has already splintered because of money and egos and a VA far too interested in public relations’ doublespeak and shooting messengers?

What of war’s end?

What of the future? Will our voices and experiences and memories mean anything when these questions arise yet again?