‘We knew what was in store for us’ 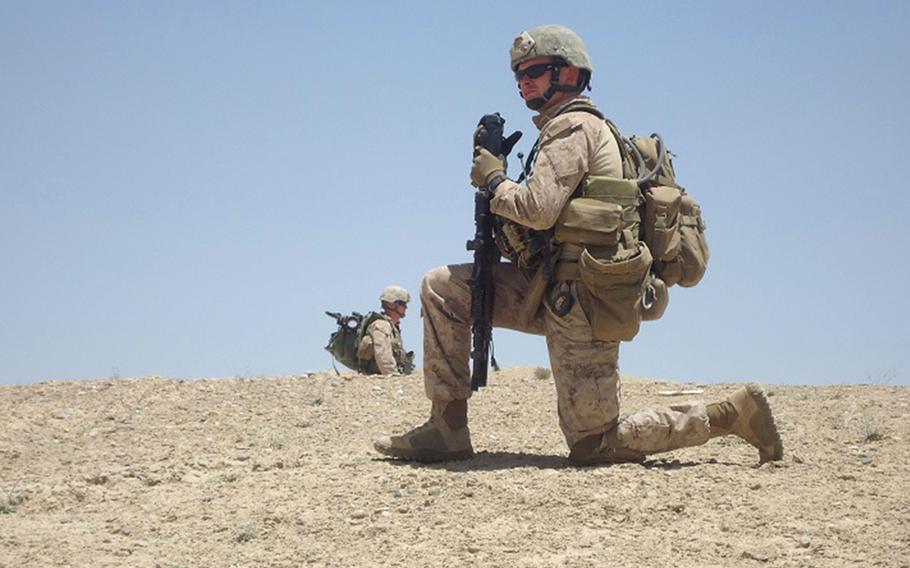 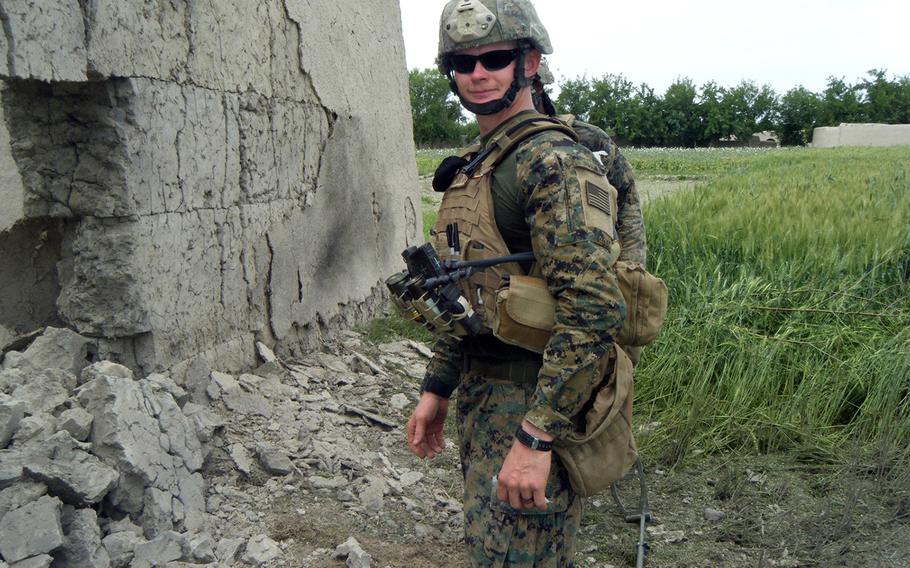 Marine Staff Sgt. Daniel W. Ridgeway received the Silver Star April 30, for his actions while deployed to Afghanistan. After an IED struck Ridgeway's team member, he cleared, on his hands and knees, a 40-meter path to administer care to the wounded Marine. He then cleared a 100-by-100-meter landing zone to facilitate the medical evacuation of the casualty. After the evacuation, his squad came under enemy fire from multiple positions. Ridgeway again cleared five additional IEDs while under direct fire. (Courtesy U.S. Marine Corps)

On two separate patrols that day, the explosive ordnance disposal Marine dropped to his hands and knees to clear a path through bomb-laden Taliban territory to give first aid to a blown-up comrade, earning the Silver Star.

Ridgeway, who was on his third deployment but his first as EOD, was patrolling with an infantry squad through Sangin in Helmand province, one of the deadliest areas of Afghanistan for Coalition forces. Throughout the summer, “about every two weeks someone was either seriously injured or killed,” he said.

The first patrol that day the Marines were headed for a weapons cache in an area too dangerous to patrol at night. Using shaving cream to mark a narrow path, the Marines walked single file, each stepping into the bootprints of the Marine in front of him.

“The enemy liked to use IEDs as land mine warfare,” Ridgeway said, noting it was how they kicked off ambushes. “We knew what was in store for us.”

Ridgeway had just made it through the canal and to the other side of a tree line when he was rocked by an explosion that pushed him a few feet forward. “It was kind of like a power surge,” he said. “Everything went a little bit black for a second.”

A few meters behind him, a Marine had stepped outside the path and onto an IED. All the bones in one of his legs were shattered, and he had internal bleeding.

Ridgeway cleared a pathway to the Marine, applied a tourniquet and did basic first aid before clearing another path to bring the corpsman to the injured Marine for further treatment. Ridgeway then cleared a large landing zone for the medevac helicopter to land, finding five buried bombs that he disarmed one at a time and then detonated in a large pile.

He wasn’t done for the day.

“I knew that there was a lot going on in that area,” he said about electing to go on the next patrol. “I wanted to go out on that too just in case something happened.”

It wasn’t long before something did, mimicking the morning.

A lance corporal stepped on a large bomb, which blew off three of his limbs. Ridgeway ordered all the other Marines not to move, and then he crawled nearly half a football field to the wounded Marine, quickly clearing the dirt in front of him with his hands, like a swimmer pushing water out of the way.

“I was not as delicate as I normally would be because I was trying to get over to that guy,” he said. “It’s not the recommended way of doing it.”

The lance corporal screamed in pain while Ridgeway, his head still ringing from the explosion earlier that day, kept telling him to hold tight, that he’d be there in a second. But he and the corpsman, who was following behind him, had to stop halfway while Ridgeway disarmed a bomb in their path.

The wounded Marine’s right leg was gone above the knee, and Ridgeway put a tourniquet on what remained of his mangled left leg. With the corpsman treating the rest of the injuries, Ridgeway — for the second time that day 00 cleared a 100-by-100-meter landing zone for a helicopter.

When the Marine was taken to the helo, Ridgeway found and disarmed two more bombs right on the other side where the Marine had been injured — bringing the total of bombs to at least eight that Ridgeway kept from exploding that day under the feet of Marines.