Wallet-friendly menu with no bull at Bulldog Steak 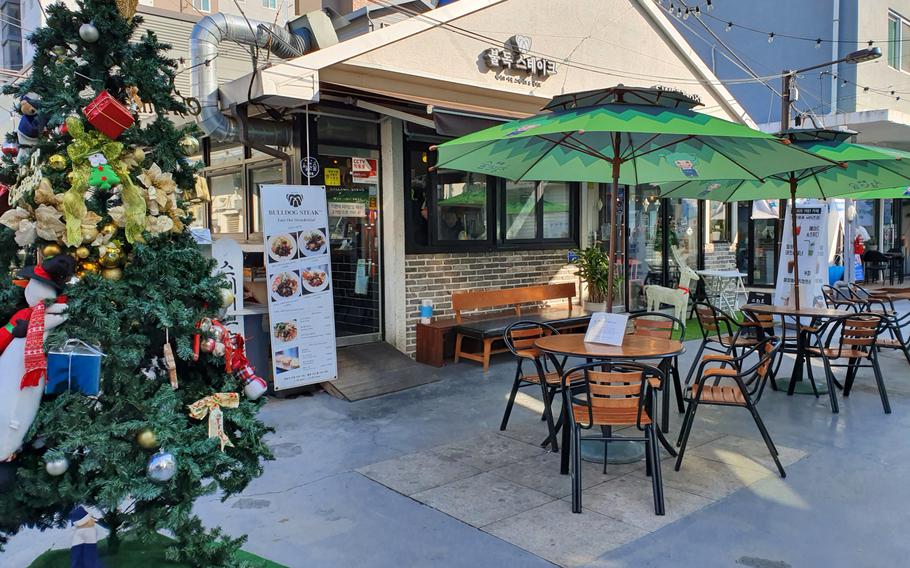 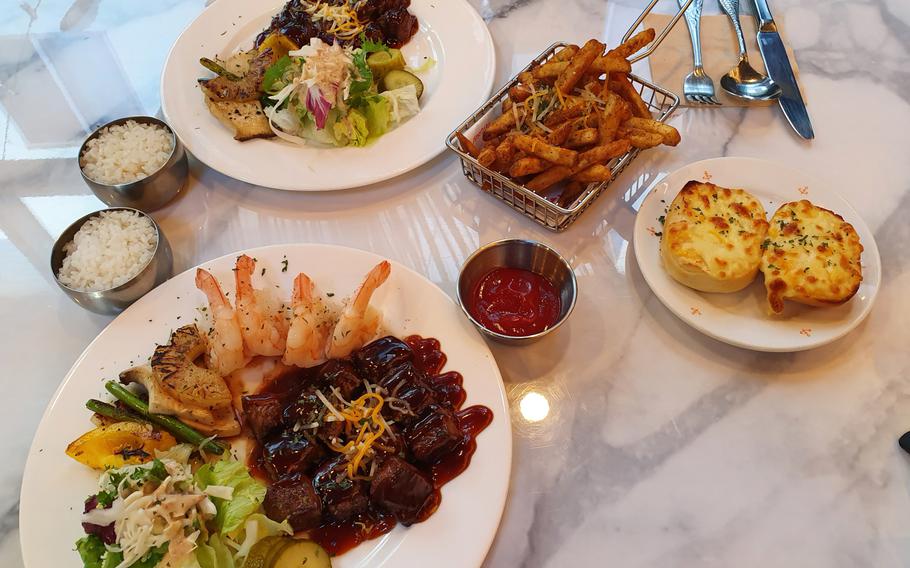 Entrees at Bulldog Steak in Pyeongtaek, South Korea, are served with a bowl of rice and cheese bread. (Matthew Keeler/Stars and Stripes) 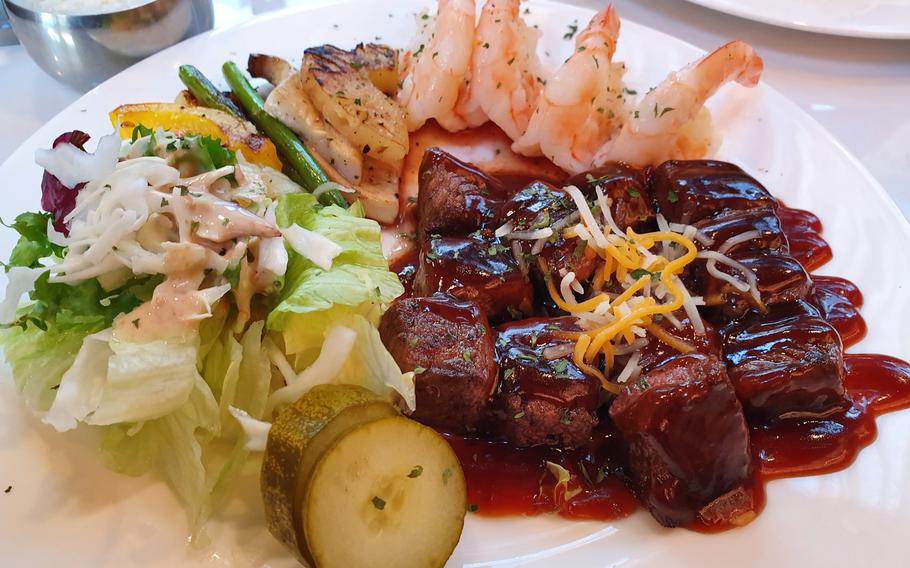 The shrimp-and-steak combo from Bulldog Steak in Pyeongtaek, South Korea, features a house sauce that is sure to be a hit with many diners. (Matthew Keeler/Stars and Stripes) 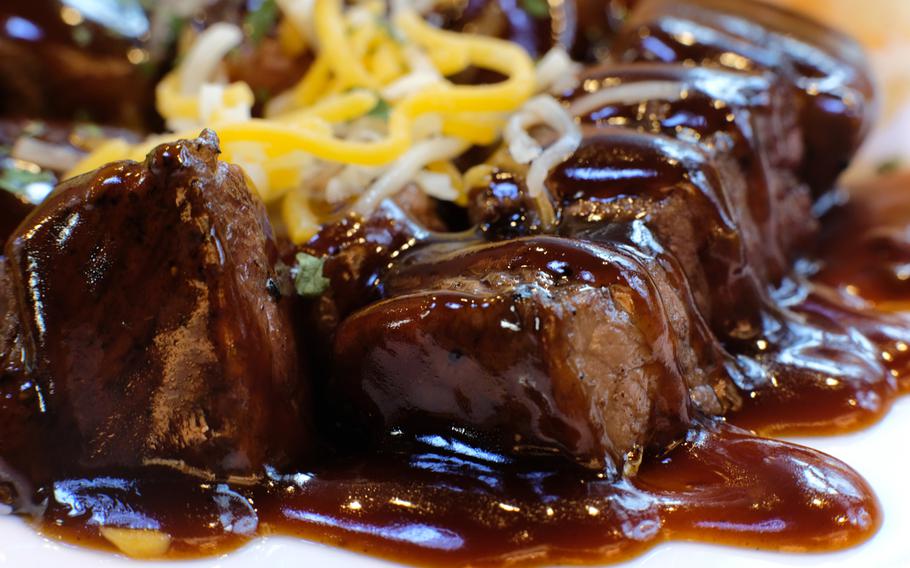 Outside temperatures have plunged in South Korea, but Bulldog Steak in Pyeongtaek is worth tackling the chill city breeze for a delicious meal.

Restaurant owner and chef Ryu Suck Hyeon offers guests a very simple menu at Bulldog, which is tucked away near the city’s Tong Bok Market.

Each steak entree features a 5- to 6-ounce chunk of U.S. beef served with a house sauce, and a small salad with slices of pineapple, mushrooms and pickles.

A few tables and chairs stand outside as this location was originally a carry-out restaurant. However, since opening Bulldog in 2017, chef Suck Hyeon has converted an area just behind his kitchen into a climate-controlled dining area where you will be seated after placing your order.

To my delight the English-speaking chef cooks each steak to a medium doneness. However, if you prefer your steak rare or well done, just let him know when ordering.

After no more than 15 minutes, my shrimp and steak entree was brought to the table along with a small cup of rice and cheese bread that I couldn’t get enough of. The soft, airy and perfectly hot, melted cheese blend got my taste buds active, making the steak even more appealing.

The plate presentation showed how much the chef appreciates not just his food, but also the customer.

At 14,000 won (about $12), my steak, salad and four-piece shrimp combo looked like a first-class luxury. The meat was cooked to perfection, as expected. Although I feel comfortable saying the steak was not seasoned, or very little, the house sauce complemented the steak exceptionally well. I would have purchased a bottle to take home if that had been an option.

The shrimp itself was well done, but unseasoned. A pinch of salt or lemon would have gotten me a little more excited, but I was pleased with the combo. The portions were balanced and filling.

The potato steak entree (13,000 won) is a steak and french fries combo. These crispy fries were seasoned with salt, parsley and grated cheese, and great for filling the remaining void in your stomach after the cheese bread and salad.

Other menu items include beef and seafood entrees with rice that start at 8,000 won ($7). The cheese bread is 5,000 won for four additional pieces, and a stand-alone basket of seasoned fries is 6,000 won. Draft and bottled beer is also on hand starting at 3,500 won.

The various vendors within Tong Bok Market are enough to lure a crowd. But at less than a half-mile from Pyeongtaek Station, or AK Plaza, Bulldog Steak is an easy choice. You simply can’t go wrong with any of the steak combos offered.

Directions: Less than a half-mile from the Pyeongtaek train station; walking or a taxi best; paid parking nearby.