‘Walking Dead’ mullet has its own fan base 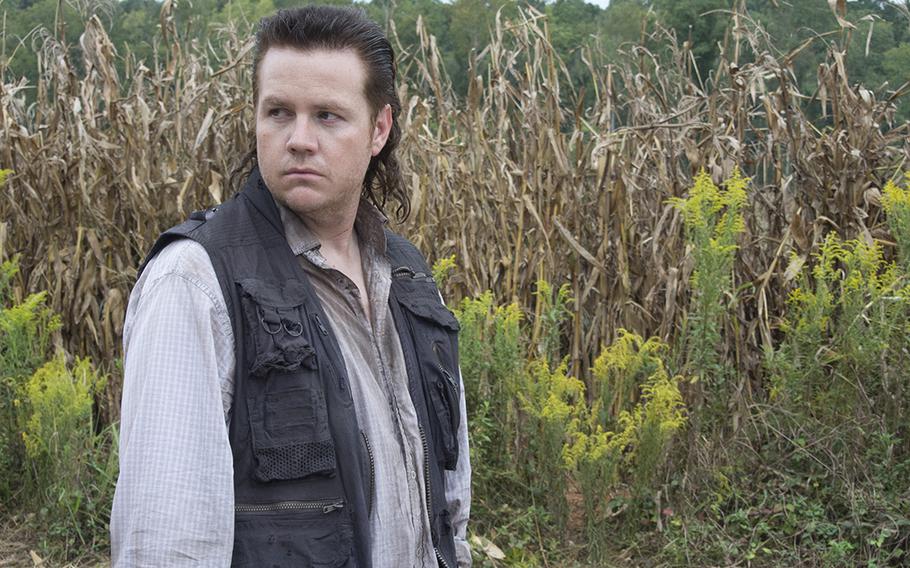 Josh McDermitt says “Walking Dead” fans seem to like his character, Eugene Porter, but when it comes to his hairstyle — that’s the real talker.

“Everybody wants to know about the mullet,” says McDermitt. “They want to take pictures with the mullet and not me.”

McDermitt says it takes about an hour and some hair extensions to get the “iconic” hairdo just right. “Because we’re filming in Georgia. It’s hot. It’s humid. There’s bugs and they make jokes. They say, ‘If you’re ever tired, if you’re ever thirsty just go to the mullet, drink from the ‘Mullet of Life,’ ” the actor says. “It’s so disgusting.”

McDermitt isn’t spilling much about what happens on the upcoming season of the show, but he does say this season viewers will learn the back stories of Eugene, Sgt. Abraham Ford (Michael Cudlitz) and Rosita Espinosa (Christian Serratos). He also says the season opens with the characters fighting for their lives and describes the tone as “intense” and “dark.”

“It’s wild and there’s a feral quality to it,” McDermitt says. “The whole season is just full throttle. It doesn’t let up.”