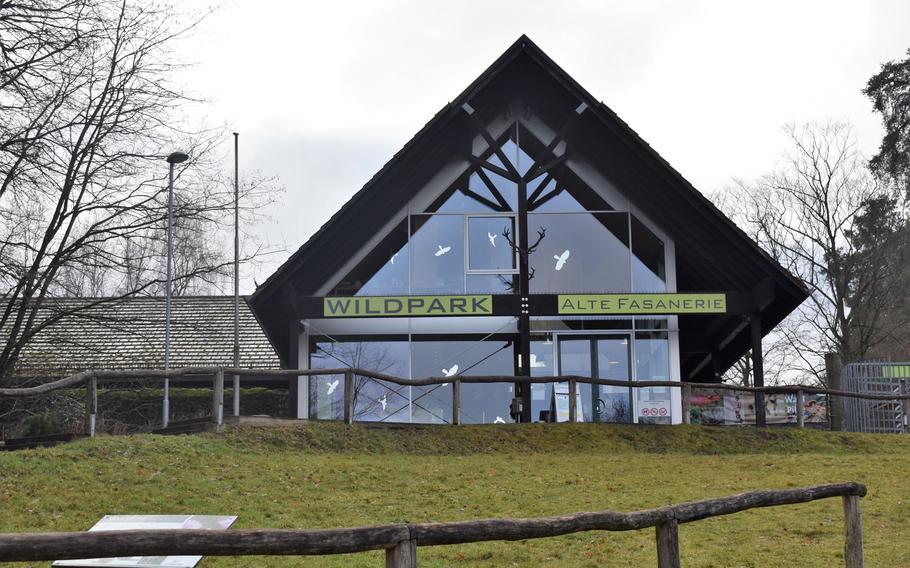 Even a visit on a cold, rainy January to Wildpark Alte Fasanerie in Hanau is a day well spent. (Jackie Broome)

Even a visit on a cold, rainy January to Wildpark Alte Fasanerie in Hanau is a day well spent. (Jackie Broome) 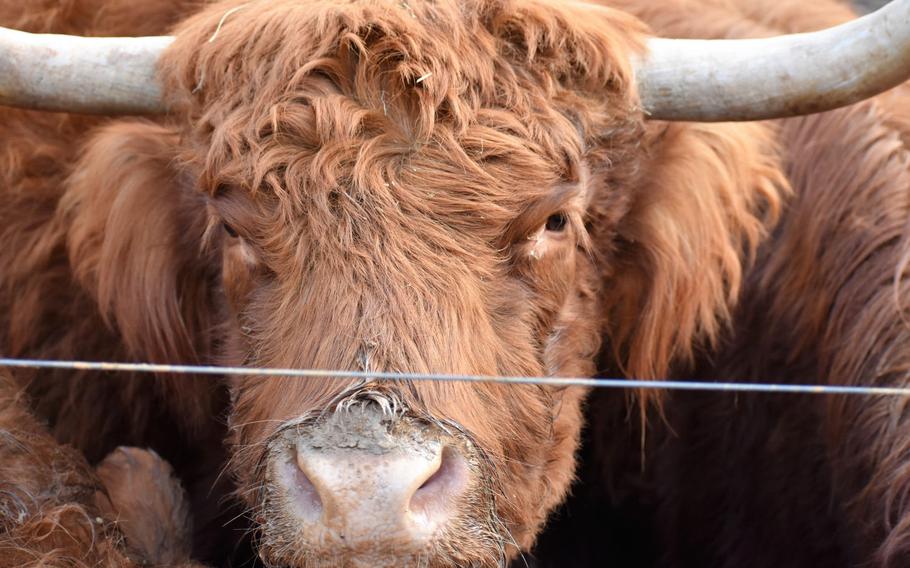 Wildpark Alte Fasanerie is populated largely by non-exotic animals like bulls, buffalo, wild boar and deer, but the close proximity to the animals makes up for the relative lack of variety. (Jackie Broome) Wildcats and wolves are among the more interesting animals at Wildpark Alte Fasanerie in Hanau, Germany. (Jackie Broome) An enormous enclosure teeming with wild boar is one of the more raucous areas of Wildpark Alte Fasanerie in Hanau, Germany. The animals eagerly approach visitors and compete aggressively amongst themselves for the park-provided handfuls of food. (Jackie Broome) A snowy owl perches in its enclosure at Wildpark Alte Fasanerie in Hanau, Germany. While much of the park is turned over to deer, buffalo and wild pigs, exhibits near the front entrance display birds, foxes and other smaller animals. (Jackie Broome)

What’s the difference between a zoo and a wildpark?

This has been one of many questions that have come up more than once in my seven or so years in Germany, and after a recent visit to Wildpark Alte Fasanerie in Hanau, I believe I’ve arrived at an answer: I still don’t know for sure.

Perhaps the best answer I could arrive at after some leisurely Googling and Google Translating is that zoos cage animals for the sake of exhibition. while wildparks provide a more natural habitat for them and allow people to wander around it. But many zoos that I’ve been to have expansive, authentic-looking habitats for their animals, and in some wildparks, I haven’t wanted to wander around because they contain animals no rational visitor would want to mingle with.

Take the adrenaline-inducing highlight of my family’s visit to Alte Fasanerie, for instance. There we were, watching a wolf pace back and forth along the sturdy metal fence bordering its spacious habitat when my daughter noticed something interesting. A few feet inside the enclosure was a smaller electrified fence, apparently intended to keep the wolf away from the exterior barrier. But the wolf was on the other side of it — our side of it — and so close to us that we could have stuck our fingers through the larger fence and scratched the majestic beast’s head. A closer look revealed a nearby ditch the wolf had carved out to access its forbidden trail between the two fences. Though the wolf seemed content strutting down its hard-won path, we didn’t stick around long enough to see if its ambitions would extend to a foray onto the walkway we were standing on, suddenly feeling very vulnerable.

The rest of our day at Alte Fasanerie was not quite as thrilling as that moment, but was immensely enjoyable. Much of the wildpark is populated by familiar animals like wild boar, buffalo and deer. Seeing even those animals in close proximity was fascinating. I spent some time trying to coax a shy deer into accepting a handful of park-approved animal food until the endeavor started to feel predatory and we both turned and walked away.

I never fully figured out the difference between a wildpark and a zoo, but it ultimately didn’t matter that much. After our visit to Wildpark Alte Fasanerie, I realized that the up-close-and-personal interactions with animals — like the jolt of terror when you think a wolf might be plotting an escape and the exchange with a skittish deer that devolves into awkwardness — are perhaps what makes a wildpark a wildpark. I still don’t know for sure, but I know I had a good time.

DIRECTIONS: Hanau Fasaneriestrasse 106, 63456 Hanau. The park is at the southern end of Hanau, a mid-sized city near Frankfurt.

COSTS: A day ticket costs 7 euros for adults and 3.50 euros for children 17 and under. A family ticket for two adults and two children costs 19 euros.