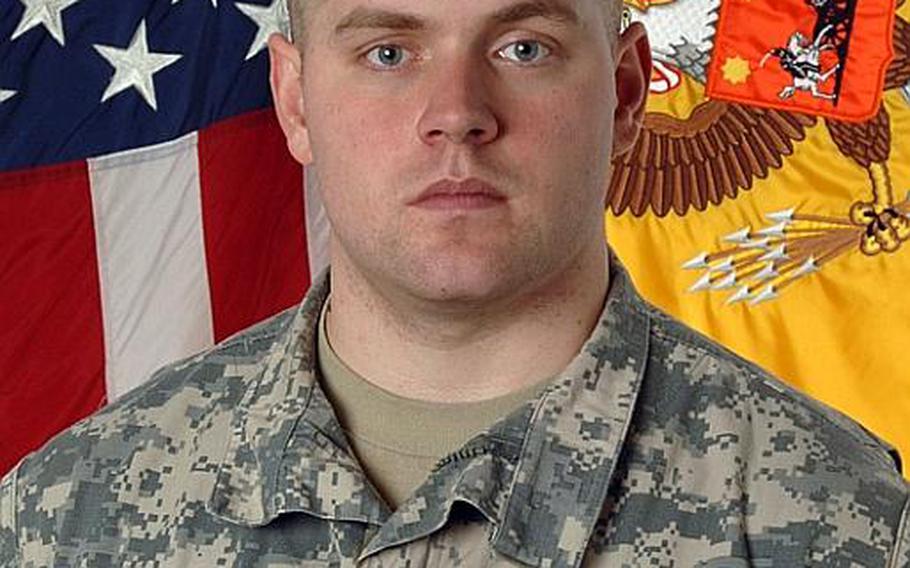 A Vilseck, Germany-based soldier died in Afghanistan on Tuesday after his Stryker armored vehicle struck a bomb, military officials say.

Pfc. Justin B. Shoecraft, 28, of Elkhart, Ind., is the first soldier with the 1st Squadron, 2nd Stryker Cavalry Regiment to be killed since the unit deployed to Afghanistan earlier this summer. He was posthumously promoted to the rank of specialist.

He was moving his vehicle into a position to watch over other soldiers when it struck the bomb, Sims said. Shoecraft was airlifted by helicopter to receive further medical attention, but died of his injuries.

&ldquo;He always had a smile on his face and was always motivated,&rdquo; said Pfc. Eli Drummer, 19, of Goodyear, Ariz., who served with Shoecraft in Company B but was working at another base when he was killed.

The two graduated from basic training and joined the unit together. Drummer said his friend was always among the leaders during a march or run.

Shoecraft is survived by his wife, Jessica, and parents, Blue and Donna Shoecraft, of Elkhart.

A memorial service will be held Sunday at Patrol Base Taber in Afghanistan. Another service is planned for 10 a.m. on Sept. 2 at the chapel on Rose Barracks in Vilseck.