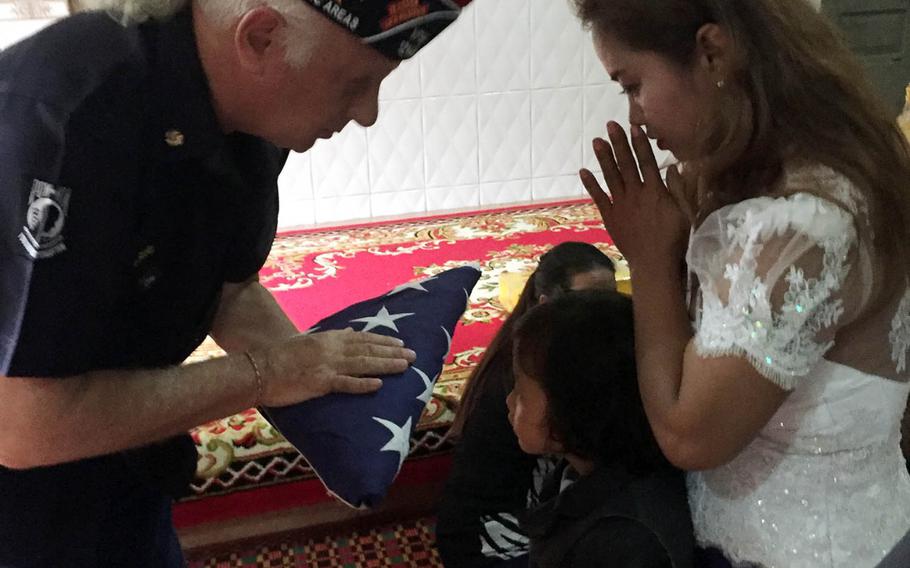 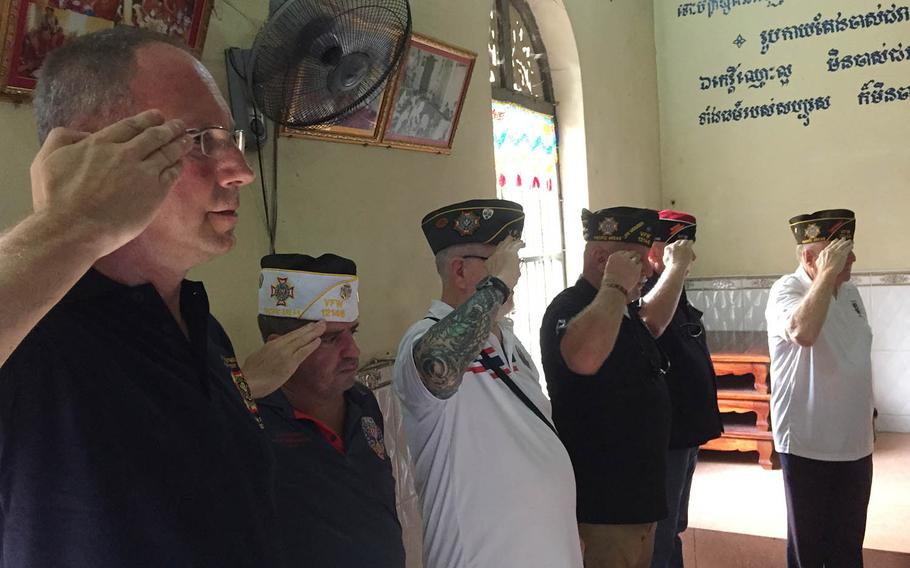 PHNOM PENH, Cambodia — An American airman whose remains were left in limbo in Cambodia for nearly two years due to nonpayment of funeral expenses has finally been laid to rest.

Jimmie Herschal Sillavan, who served in the Air Force in the Pacific from 1959 to 1963, died at his Phnom Penh home after a heart attack on Dec. 21, 2015. He received traditional Buddhist rites; however, his family was kept from securing his ashes because they couldn’t afford the $1,270 price tag.

Thanks to friend and fellow veteran, Michael Estep, and a fundraising campaign led by the Veterans of Foreign Wars Mayaguez Memorial Post 11575 in Phnom Penh, Sillavan’s ashes were given to his family last week.

He was honored at a funeral service Sunday morning at Wat Ounalom in Phnom Penh.

“This is why we’re here, why we exist,” VFW Post 11575 commander Roy Day said after the service. “We come together to take care of veterans and their families. This was a group effort, and I’m grateful for the outpouring of support.”

The trouble began after Sillavan’s death, when his remains were released to the funeral home, Estep previously told Stars and Stripes. The U.S. Embassy should have checked to make sure funds covering cremation were deposited in a Phnom Penh bank account or with the embassy beforehand — per the Foreign Affairs Manual — but this did not happen.

Unable to afford the cost and not knowing where to turn for help, Sillavan’s family was forced to leave his remains with the funeral home. They sat there for nearly two years.

Estep recently contacted Day, who immediately began a fundraising campaign. Even though Sillavan was not a VFW member, $790 was raised by friends and members of Post 11575, VFW Pacific Area, District V (Thailand, Cambodia and Australia) and Post 12074 in Chiang Mai, Thailand.

District V then paid the remaining balance of $750 for the ashes and the fees needed for Hemmie’s Consular Report of Birth Abroad. Day wants to help the boy get a U.S. passport.

For Day, it was a mission accomplished.

“In upholding one of the key principles of the VFW, ‘Perpetuate the memory of our dead and assist their surviving spouses and orphans,’ Post 11575 will continue to assist Mrs. Sillavan and her son with other related issues and entitlements,” he said later.