WASHINGTON — Starting next month, veterans can register for identification cards that prove their military history – but not everyone who has served will get one.

The Department of Veterans Affairs will provide free, hard-copy identification cards that include their names, photos and an identification number. The rollout is the result of legislation Congress passed in 2015 to make it easier for veterans to receive things like discounts at stores and restaurants.

Some veterans groups applauded the legislation at the time, saying it would be easier and safer than having veterans carry around their DD214s – certificates of release or discharge that contain sensitive information.

It’s unsure when the cards will be available in November, or how long it will take to process applications for them. The design is also still being finalized.

But one thing is certain: Cards won’t be available to veterans with other-than-honorable discharges.

“Only those veterans with honorable service will be eligible for the ID card,” VA spokesman Curt Cashour said Wednesday.

That has prompted anger by some veterans, who see it as setback despite recent progress the government has made in how it treats vets with other-than-honorable discharges, known as “bad paper.”

“This is a step backwards,” said Tyson Manker, a former infantry Marine who received an other-than-honorable discharge after he returned from a 2003 deployment.

Kristofer Goldsmith, an assistant director for policy and government affairs at Vietnam Veterans of America and founder of High Ground Veterans Advocacy, said he appealed to VA Secretary David Shulkin to allow all veterans to receive the cards.

The bill passed in 2015 does not mention limiting the cards to veterans with honorable discharges. Cashour did not explain the eligibility restriction.

“They’re being denied their very identity as a veteran,” said Goldsmith, an Iraq War veteran who was discharged for misconduct after a suicide attempt. “They face this at multiple points in their life. A lot of folks just think the point of discharge is the punishment, but these administrative discharges are lifetime sentences.”

Experts have cited various reasons servicemembers could’ve unfairly received bad paper. From World War II to 2011, when the military’s “don’t ask, don’t tell” policy was repealed, veterans were other-than-honorably discharged for being gay. Others have struggled with service-related post-traumatic stress disorder, traumatic brain injury, military sexual trauma or other disorders that affected their behavior and led to their bad paper.

The Government Accountability Office released a report in May stating more than 57,000 servicemembers suffering from PTSD, TBI or adjustment; and anxiety, bipolar and substance abuse disorders; were separated from the military for misconduct from 2011 through 2015.

Manker was 21 and dealing with mental health issues when he was accused of smoking marijuana off base, he said. His discharge initially prevented him from receiving VA services, but he recently won his fight to secure benefits.

Being rejected the new identification cards means another fight to prove his status as a veteran, he said.

“Once again, here we are, and ‘bad paper’ veterans are getting pushed aside and forgotten about like they’re not veterans,” Manker said. “It’s shameful. This just turns the knife in a little bit deeper.” 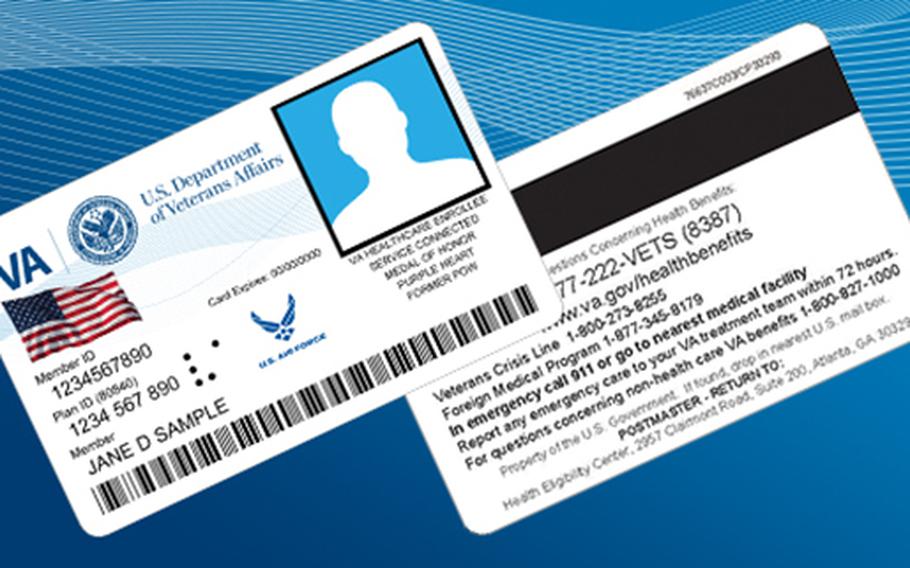