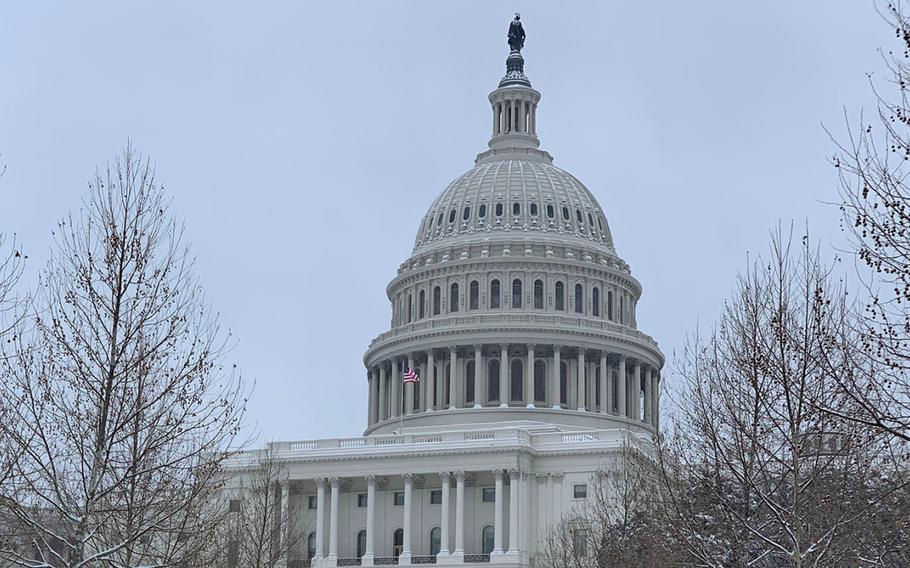 WASHINGTON — Three veterans organizations called attention this week to the ongoing lack of transparency about a sweeping law, set to take effect in the summer, that will fundamentally alter the Department of Veterans Affairs health care system.

Disabled American Veterans, Paralyzed Veterans of America and the Veterans of Foreign Wars gathered congressional staff members on Capitol Hill on Wednesday to unveil their policy priorities for 2019. In a break from their normal practice, the groups listed only one “critical” issue: ensuring the VA “fully and faithfully” implements the VA Mission Act.

The law instructs VA Secretary Robert Wilkie to create new rules regulating when veterans can go outside of the VA and into the private sector for health care – potentially shifting billions of dollars for veterans’ care to private medical facilities.

Those rules, due out in March, have yet to be shared with the veterans groups who helped shepherd the Mission Act through Congress.

“Up until this time, there has been very little corroborated reporting by the VA of what those access standards will be and what the impact will be,” said Peter Dickinson, senior executive adviser with DAV. “We have yet to find out how much consultation there will be with Congress or with the stakeholders who were part of putting this together.”

Veterans groups, as well as Democrats and Republicans on the House and Senate VA committees, cited concerns in December about the VA’s lack of collaboration with them as the agency writes the new rules.

Dickinson on Wednesday called on congressional staffers to “be very aggressive” when challenging the VA to share information and meet its deadlines to implement the law. The new community care program is supposed to be established in June.

“With VA, we hoped they would come to us and put forth some proposals we could react to,” he said. “We really need to get transparency, data and engagement.”

The three groups believe the VA might make the new rules public in early February in order to gather comments before they’re finalized in March. However, the VA wouldn’t confirm it.

VA Press Secretary Curt Cashour said Wilkie was still reviewing options and had made no final decisions. When he does, he will brief lawmakers, Cashour said.

“The Mission Act, which sailed through Congress with overwhelming bipartisan support and the strong backing of veterans service organizations, gives the VA secretary the authority to set access standards that provide veterans the best and most timely care possible – whether at VA or with community providers – and the department is committed to doing just that,” Cashour said.

The groups want to ensure there’s enough funding allotted for the new community care program and the money won’t be stripped from VA health care.

One of the key principles that the groups are pushing for is to ensure the VA remains the coordinator of veterans’ care, rather than allowing veterans unfettered access to the private sector, which they believe would erode VA resources.

“How these standards are set, how wide an aperture of choice, will have a critical impact on the costs of the new veterans’ community care program, and therefore – with limited resources – whether there’s an impact on VA care,” Dickinson said. “This is a critical time.”

One group that has gained influence in Washington under Trump’s administration has different views. Concerned Veterans for America, a conservative group backed by billionaires Charles and David Koch, has pushed for an aggressive expansion of veterans’ care to private facilities.

Dan Caldwell, executive director of CVA, foresees a fight in coming weeks over the VA-created rules.

“To be very honest, I think there’s going to be some disagreement there,” Caldwell said.