Veterans among victims of Las Vegas shooting, others fought to save lives 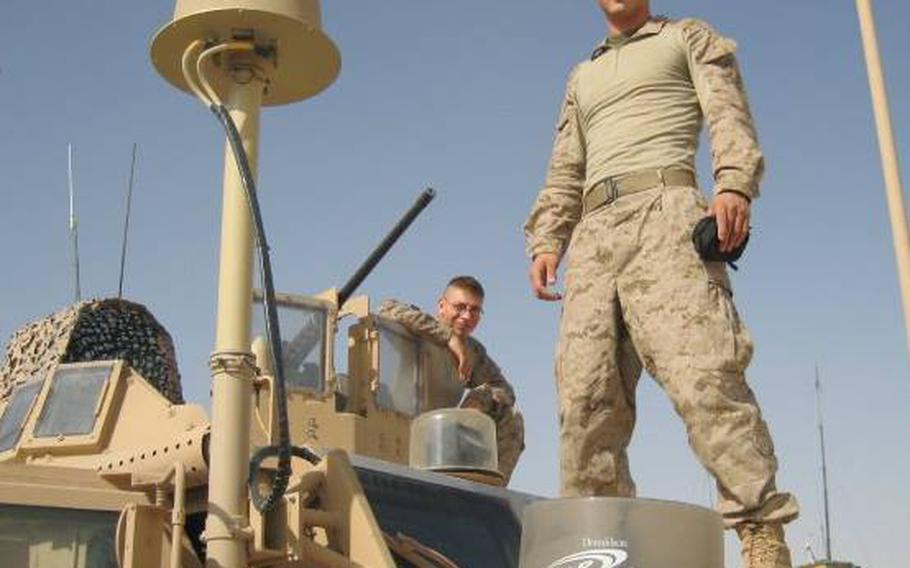 Taylor Winston while serving in the Marines. Winston ferried approximately 30 people to the hospital during the Las Vegas terrorist attack on Oct. 1, 2017. (Facebook)

Taylor Winston while serving in the Marines. Winston ferried approximately 30 people to the hospital during the Las Vegas terrorist attack on Oct. 1, 2017. (Facebook) 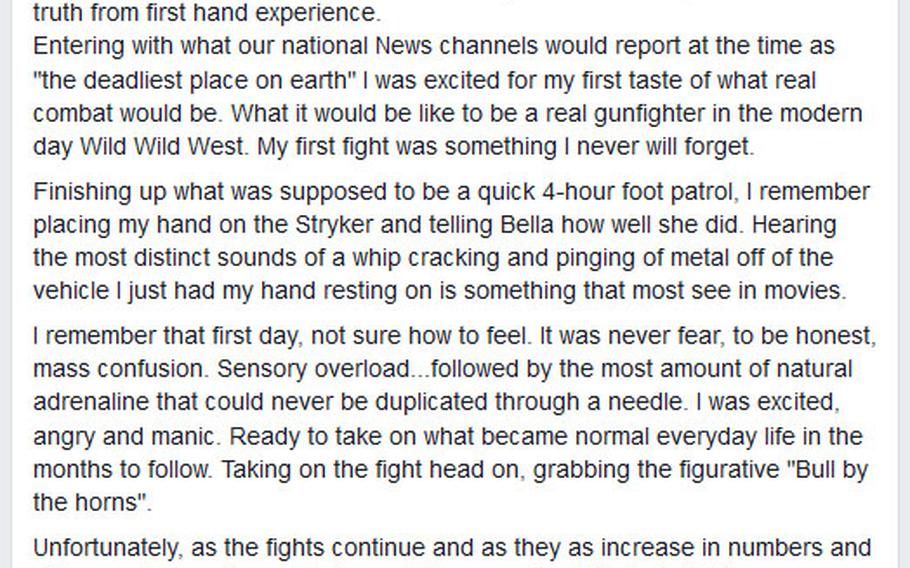 The last message posted by Christopher Roybal to his Facebook, a few months before he was killed in the terrorist attack in Las Vegas on Oct. 1, 2017. (Facebook) 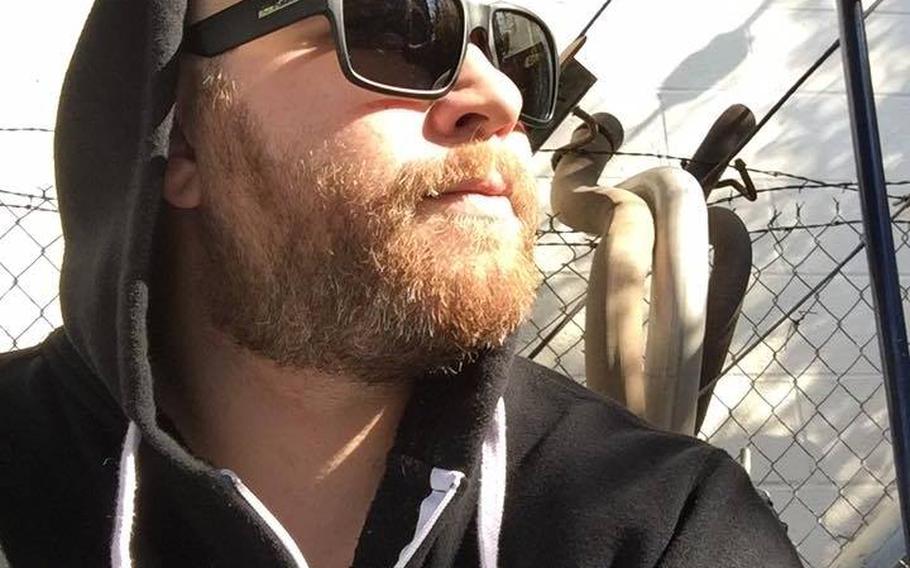 Christopher Roybal was one of 59 people killed when a mass shooter opened fire on the crowd of 22,000 at a country music concert on Oct. 1, 2017. (Facebook) 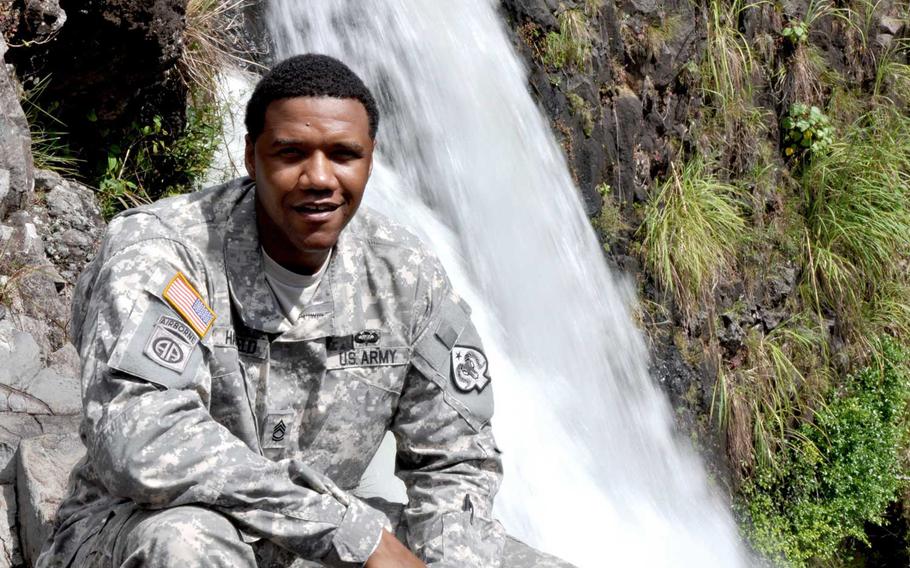 WASHINGTON — In early July, months before he was gunned down in Sunday’s massacre on the Las Vegas Strip, Navy combat veteran Christopher Roybal posted a haunting message on his Facebook page that began with the words “What’s it like being shot at?”

“A question people ask because it’s something less than 1 percent of our American population will experience,” the Afghanistan War veteran wrote. At first, it’s anger and genuine fear coupled with excitement, he wrote. But after it happens too many times, the excitement fades and “anger is all that’s left.”

On Sunday, Roybal was one of 59 people killed when a mass shooter opened fire on the crowd of 22,000 at a country music concert. The shooter, believed to be a lone wolf with no readily apparent motive, sprayed the crowd with automatic rifle fire from a clear perch on the 32nd floor in the Mandalay Bay casino hotel. He fired for more than 10 minutes, according to radio traffic, killing himself before officers stormed in and found 23 firearms.

No active duty servicemembers were among the dead or injured, the Pentagon said, but reports of National Guard, reserve and military veterans are slowly emerging from the horrific scene: a 34-year-old off-duty police officer who was a military veteran who coached youth football; a California Guardsman and his wife, wounded and in stable condition; a former Marine, a former Army Ranger and other veterans whose battlefield training kicked in, prompting them to jump in to save lives.

Officials in Las Vegas said it will take time to process the identifications of all the injured and deceased. More stories of tragedy and heroics will certainly emerge. For now, here are some of both.

Christopher Roybal, who served from 2005 to 2012, had no way to know his haunting words of war would apply to more than 500 injured and tens of thousands who fled the largest mass shooting in modern American history.

He thought he was finished with all that. The 28-year-old was in Las Vegas with his mother, celebrating his birthday. Debby Allen told The Associated Press that she had been late getting ready for the concert so he went ahead with some buddies. She and a friend were going to meet him, but before they could connect at the open-air festival, the bullets started flying.

In terror, Allen said she and her friend at first laid down, then got up and started running and found shelter. But when she realized she was leaving her son behind, she said she tried to turn back into the Las Vegas Village. People held her back as she screamed that her son was still there. She didn’t know it, but he was already dead.

“I got him home safe from Afghanistan and never thought I would have to worry about losing him again,” she said. “He used to tell me stories about how scary it was. He was in two gun battles where he thought he wouldn’t make it back home.”

Roybal wasn’t the only veteran to die Sunday. Off-duty Las Vegas police officer Charles Hartfield was an Army veteran – an 82nd Airborne Division paratrooper turned cop who recently published a memoir about a life of public service, according to the Las Vegas Review-Journal. The father of two coached youth football and was described as being committed to helping people and having a heart of gold.

"Sergeant First Class Charleston Hartfield was an All American Paratrooper for life and, as with all who wear the AA patch, he and his Family remain part of our legacy even in death,” said Maj. Sarah Henderson, a spokeswoman for the 82nd Airborne, referring to the division’s nickname. “By all accounts he was a special human being, someone who carried the best virtues and characteristics from this Division with him beyond his service here."

Two other off-duty police officers were injured, according to Business Insider. One was in stable condition after surgery. The other had non life-threatening injuries.

In another section of the concert venue, former Marine combat veteran Scott Yarmer was quick to recognize the sound of gunfire. The resident of Aurora, Colo., told KDVR-TV in Denver that he turned to his friend and said, “We gotta go.”

It was chaos, he said, with people so confused they were running toward the gunfire or standing frozen in place. He pulled as many people as he could along with him.

“I wish we could’ve done more for some of the people there,” he said. “I tried to push people out because people kinda just wanted to stand there and figure out what was going on.”

The gunfire echoed off the surrounding buildings, he said, and it was almost impossible to see where it was coming from. Once he and his wife found cover under some VIP seating, Ledbetter told The Associated Press that he started to treat the injured. He used a flannel shirt off someone’s back to apply a makeshift tourniquet on a wounded teenage girl whose face was covered in blood. He compressed a shoulder wound; applied pressure to a bullet wound through a leg; and helped carry one injured man to Las Vegas Boulevard and put him on the back of a truck headed to the hospital.

“I’m saving people or trying to do my best,” he said. “But it got to the point I saw people all over, laying where we used to be standing. … I couldn’t get out there. The shots just kept coming.”

Ledbetter told the Los Angeles Times that he was not alone, trying to save people. He saw at least five combat medics doing the same thing, he said.

A Military.com blog compiled a list of other “hero vets” who kicked into action. Taylor Winston, a former Marine and an Iraq veteran, told CBS News he and his girlfriend were dancing the two-step when the gunfire started. He helped throw people over a fence to get out of harm’s way. Then he stole a truck and started transporting the injured to the hospital. He took as many as 30 people.

“It was overwhelming how much blood there was,” he said.

Army veteran Colin Donohue told Fox News that his training as an Iraq War veteran kicked in and helped guide people to safety. Then he tried to help treat the injured. Army veteran John Tampien, who served in Iraq and Afghanistan, led people into the bar area, turned over some tables and helped them shelter there until it was safe.

“I’ve done a lot of deployments in Iraq and Afghanistan, and it’s kind of different [at the concert] because there was no way to really protect yourself,” he told KHQ-TV. “It’s a whole new feeling for me.”

Ledbetter recognized something else from the field of wounded before him. The horror of what took place will continue to haunt people, he said. “Everybody there is going to have emotional problems, I know that,” he told AP. “All these people are going to have PTSD. I feel bad for them,” he said.

In a column on the military and veterans website “LimaCharlieNews.com,” Army combat veteran David Firester noted that many of the concertgoers who never served in the military jumped in to help tend the wounded, putting themselves in harm’s way.

“If they served in uniform, they would have received medals,” Firester wrote. “Today, I think it is appropriate to recognize them all as combat veterans.”