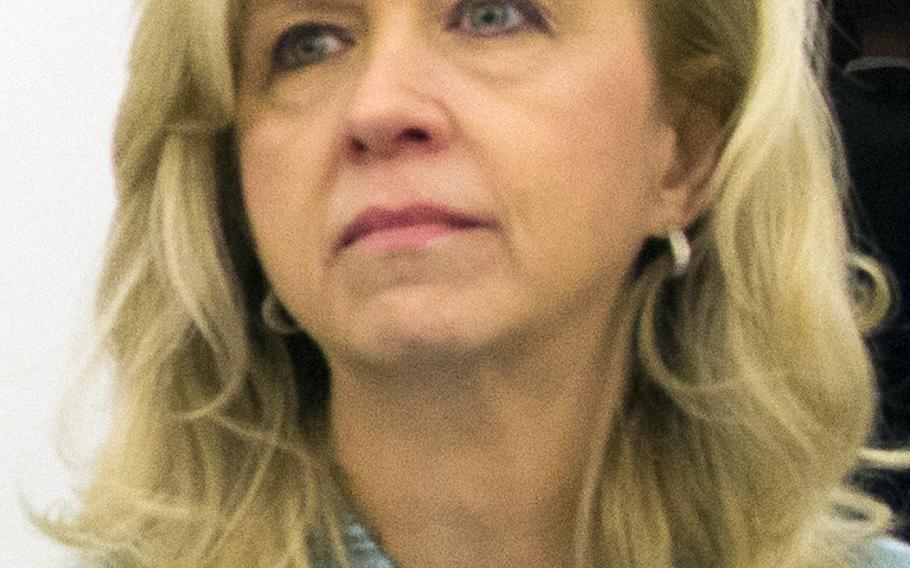 WASHINGTON – The Department of Veterans Affairs said Monday it has not decided whether any employees at a Philadelphia regional office will be punished following an inspector general investigation that found widespread mismanagement and dysfunction.

Last week, the department temporarily moved one of the Philadelphia managers to a new position in Washington, D.C., to be an adviser on national VA issues. But Allison Hickey, the VA undersecretary of benefits, said an internal investigation of the employees involved in the crisis will wrap up in June and must be completed before any new training or reprimands can be ordered.

Meanwhile, Hickey assured reporters during a conference call Monday that most of the problems at the regional office were fixed last year, despite the IG contention that whistleblowers continued to report schemes and cover-ups involving management.

“We are not completely done yet but we are aggressively tackling the remaining issues,” she said. “We will improve every area of this to the level we expect.”

The IG went to the Philadelphia office in June after receiving numerous complaints from whistleblowers that management was mistreating and retaliating against staff. The final audit released this month found chronic inefficiency with claims and veteran mail, and poor working conditions that included a lack of restrooms and a rodent infestation.

The pension management center in Philadelphia, one of four such facilities in the country, was responsible for more than 31,000 veteran inquiries that had languished for an average of 312 days — the standard response time is supposed to be five days — and 22,000 pieces of returned mail that were never processed.

Hickey said the mail backlog was overstated and eliminated in August, and now mail is no longer routed through the local office, instead going through the VA’s national processing system.

The manager of the pension center, Gary Hodge, was transferred last week to the national office to lend his expertise in the transition to a new national VA pension system, she said.

The move was described by the department as neither a promotion nor demotion. A VA spokeswoman said last week that the department wants “different eyes” on the pension center in Philadelphia.

“He will resume his duties at the pension management center on Aug. 17,” Hickey said.

She also said Philadelphia VA Director Diana Rubens is working aggressively to turn the facility around and mend the management’s relationship with staff, who lodged the complaints with the IG.

The whistleblower complaints squarely targeted management of the pension center as well as the veterans’ service center and call centers, which each have their own managers in charge of the operations in Philadelphia, according to the IG.

Auditors denied the VA claims that most problems were solved last year.

“Despite having concluded our onsite review work at the Philadelphia [VA regional office] on Aug. 15, 2014, we continued to receive additional allegations of wrongdoing from VARO staff,” they wrote.

Complaints in November, December and March alleged a scheme to credit employees with training they never completed, worsening problems with mail and improper payment of burial benefits.

The Philadelphia audit is the latest revelation in a yearlong scandal for the VA – widely seen as the worst in its history – that included the manipulation of wait times to mask long waits for health care at hospitals and clinics across the country.

The scandal led to the resignation of Secretary Eric Shinseki a year ago and the passage by Congress last summer of a massive emergency overhaul law that pumped $16.3 billion into the VA, mostly to fund outside care for veterans who could not make good on their earned health benefits due to hospital delays.