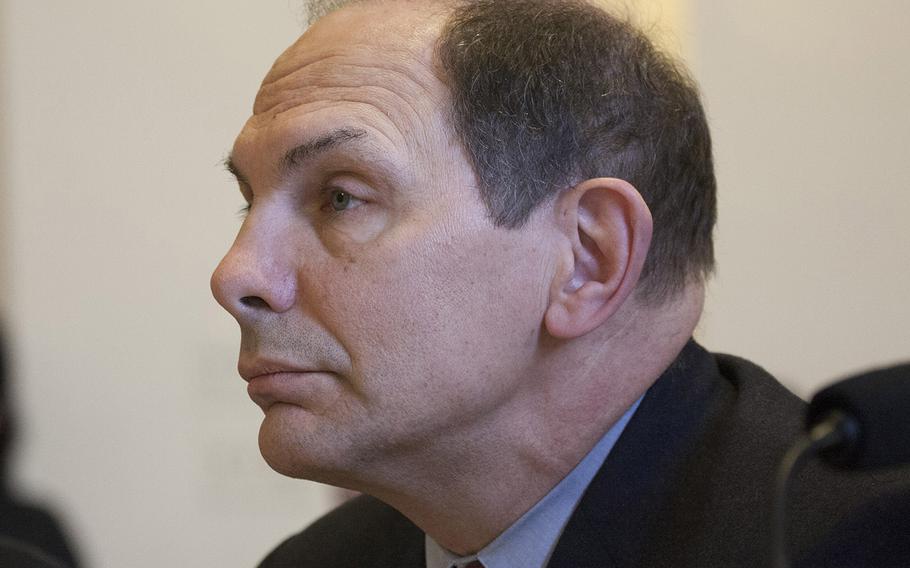 WASHINGTON — Secretary Bob McDonald said Wednesday that the window of opportunity for Congress to overhaul the Department of Veterans Affairs’ backlogged benefits appeals system will soon be closing.

McDonald, who spoke at a Washington, D.C., think tank, said he will keep pressing lawmakers in the coming weeks to take up “breakthrough” appeals reform proposed by the agency – changes it claims will whittle the average wait on its 440,000 appeals from four years down to one.

The VA was dealt a legislative setback last week in the Senate when a veterans committee unveiled a major overhaul bill that includes a more modest appeals proposal. Timing is running short for the agency to get its version back into the debate, as Congress moves ahead with the current reform bill and turns its attention increasingly to the presidential campaign this fall.

“We’ll continue to press in the weeks ahead” for the House and Senate to take up the VA proposal, McDonald said. “Our window of opportunity won’t be open indefinitely.”

The agency hammered out the changes to reduce its appeals backlog – one of its most persistent problems – with the help of veteran service organizations and sent the proposal to Capitol Hill last month.

The plan would “disentangle” layers of law that govern disability appeals. It would give veterans multiple paths to adjudicate claim disputes and would maintain the effective date from when their claim was filed, according to the agency and veterans groups. The VA projects that by 2021, final decisions could be made within one year of filing.

McDonald wrote to lawmakers in early April acknowledging the short time frame for considering the reform as part of the Senate’s wide-ranging VA reform effort, which was spearheaded by Sen. Johnny Isakson, R-Ga.“This is too important of an issue to delay action in an uncertain legislative calendar year,” McDonald wrote in the letter to Isakson, chairman of the Senate Committee on Veterans’ Affairs.

The bill requires the VA to conduct a “heavily streamlined” pilot program for appeals, as well as increase the use of video hearings at the Board of Veterans’ Appeals, according to a committee description.

The pilot program will last for five years and “will not preclude a more comprehensive reform package when it is ready,” the committee said.

Meanwhile, the bill also will temporarily expand the U.S. Court of Appeals for Veterans Claims from seven to nine judges over the next three years.

“When people look back at what Congress accomplished this year, the Veterans First Act will be at the top of the list,” Isakson said while introducing the bill last week.

The full Senate and House must agree on any new VA overhaul law.

The VA’s appeals changes are proposed in a House bill sponsored by Rep. Dina Titus, D-Nev. But her legislation has not yet been approved by the House Committee on Veterans’ Affairs, a crucial step before moving on to a final vote on the House floor.