US warships passed through the Taiwan Strait, officials say 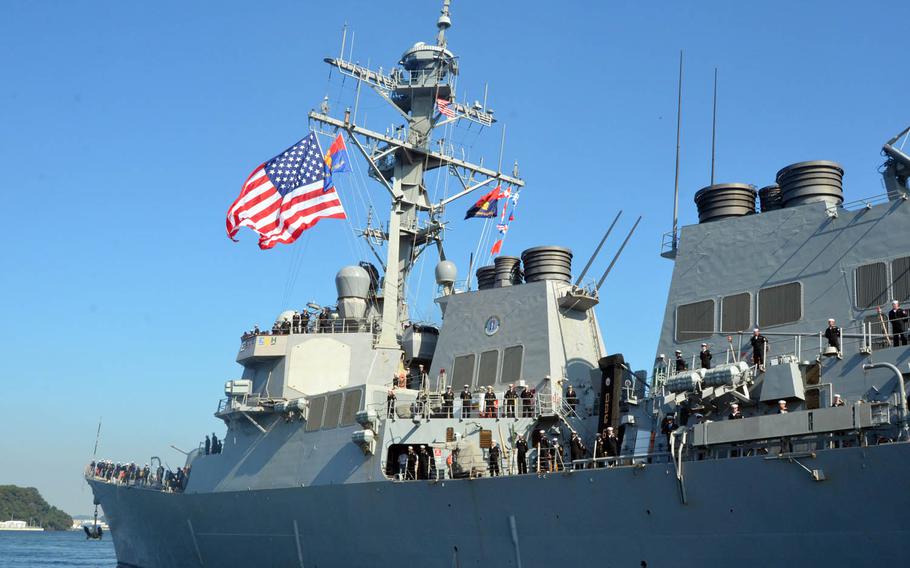 Buy Photo
The destroyer USS Benfold, aided by a tugboat, arrives Monday, Oct. 19, 2015, at its new homeport at Yokosuka Naval Base, Japan. The Benfold was identified as one of the ships that entered the 110-mile strait between mainland China and Taiwan. (Erik Slavin/Stars and Stripes)

A pair of U.S. warships passed through the Taiwan Strait this weekend, according to Taiwan’s Ministry of National Defense.

The ministry, in a statement Saturday, identified the ships entering the 110-mile strait between mainland China and Taiwan as the Yokosuka, Japan-based destroyers USS Mustin and USS Benfold.

The transit, which comes as the U.S. and China spar over trade and access to international waters, is the first since another American destroyer, the USS John S. McCain, entered the strait last July.

The last time a US. aircraft carrier passed through the Taiwan Strait was when the USS Kitty Hawk transited it in 2007.