US to rely on Iraq to detain captured Islamic State militants 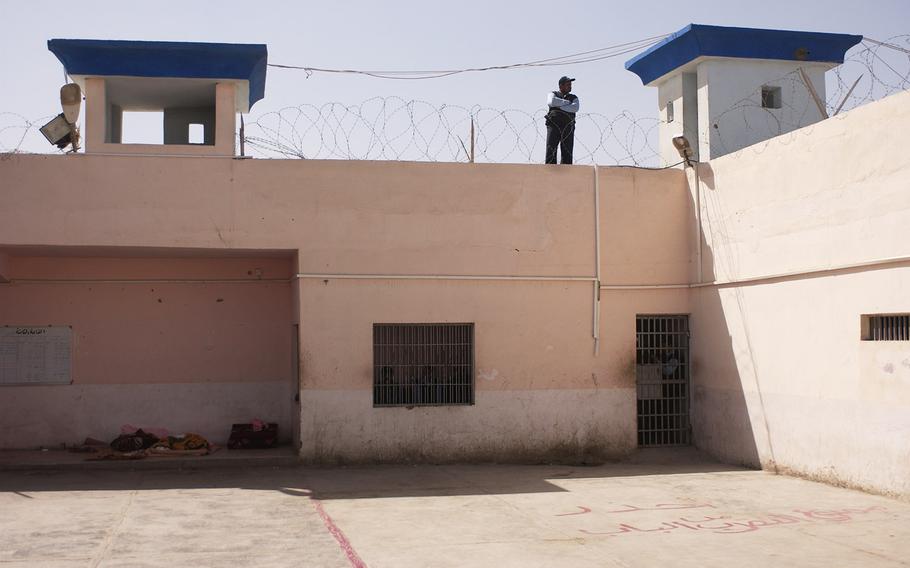 “We’re confident [Iraq] can hold them,” said Col. Steve Warren, Baghdad-based spokesman for Operation Inherent Resolve. “And if some escape, you know, we’ll just go catch them again or kill them.”

But despite increased efforts to hunt Islamic State fighters, the United States will not build a long-term detention facility, Warren said. The focus is short-term detention and transfer to other governments.

“We’re not equipped for long-term detention, we’re not set up here for that, and so we’re not in that business,” he said.

In December, Secretary of Defense Ash Carter announced he was sending about 200 U.S. special forces to Iraq as an “expeditionary targeting force” to free hostages and capture or kill Islamic State fighters.

The force in February captured the leader of the Islamic State’s chemical weapons program, Sulayman Dawud al-Bakkar, also known as Abu Dawud. They detained and interrogated him for several weeks, and information he provided led to an U.S. airstrike of two chemical weapons manufacturing facilities near Mosul, U.S. officials said this week.

On Thursday, Pentagon Press Secretary Peter Cook announced Abu Dawud had been transferred to the Iraqi government. He said the U.S. practice of holding prisoners for a short time before releasing them to another government will likely continue.

“I think that’s the best template right now for how this would be handled going forward,” Cook said.

Sen. Kelly Ayotte, R-N.H., had earlier questioned whether the United States is losing valuable information by transferring terrorists after holding them for only a short time. More so, several Republican senators introduced a resolution Thursday to send captured Islamic State fighters to the detention facility at Guantanamo Bay, Cuba.

But President Barack Obama wants to close the Guantanamo prison, where captured militants from Iraq and Afghanistan had been housed. In 2009, Obama signed an executive order to begin the process to close the facility, and no new prisoners have been sent there. In the last seven years, it has been a priority of Obama’s administration to transfer remaining detainees elsewhere. Only 91 remain.

Warren said Friday that U.S. forces can still question terrorists transferred to the Iraqi government, and that they have confidence in Iraq’s ability to hold the captured fighters.

However, captured fighters have escaped from Iraq’s prisons. In May 2015, about 40 prisoners escaped a facility north of Baghdad. About 10 of those escapees were terrorists, CNN reported at the time.

The policy of a short-term detention also raises questions about what to do with Islamic State fighters captured outside of Iraq, such as in Syria or Libya. Both countries have been embroiled in civil wars since 2011.

“There’s no real one-size-fits-all answer,” Warren said. “As we take people off the battlefield, we’re just going to have make, you know, the decisions as we go.”