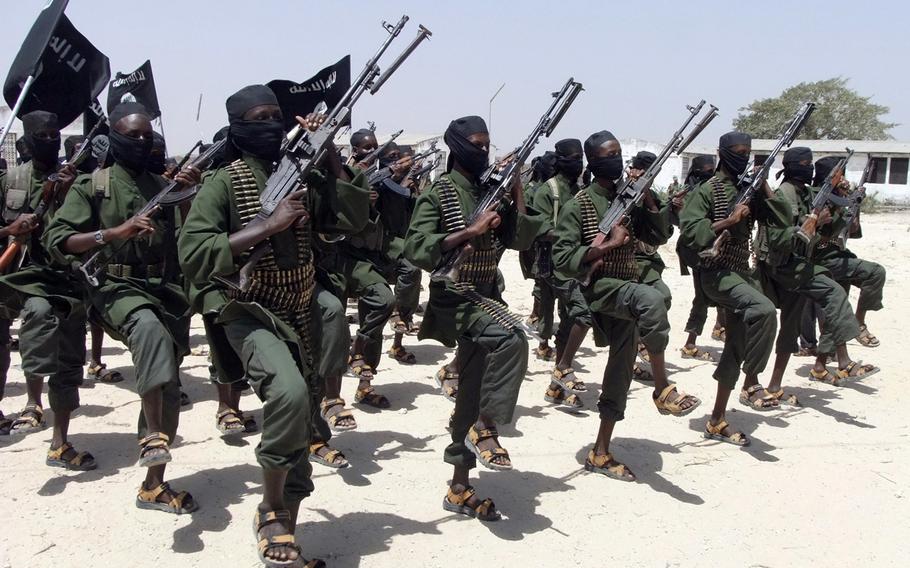 WASHINGTION – The United States conducted an airstrike in Somalia over the weekend targeting militants linked to al-Qaida in its second use of authorities granted by President Donald Trump to attack al-Shabab’s terrorist network in the East African nation, the Pentagon said Monday.

The United States conducted “a kinetic strike operation” early Sunday morning against an al-Shabab target, said Army Maj. Audricia Harris, a Pentagon spokeswoman. She said she could not provide the location within Somalia where the strike occurred or the specific target.

“We are currently assessing the results of the operation and will provide additional information as is appropriate,” she said.

The United States conducted its first offensive airstrike under the new authorities on June 11 when it killed eight militants in a strike on a command and control post in the country’s southern region.

Al-Shabab aims to topple the U.S.-backed central government and regain control of Mogadishu, Somalia’s capital from which the terrorist group was expelled in 2011. The group seeks to impose a strict version of Sharia Law.

Though al-Shabab had been declining in influence for several years, the group in recent months has cemented its hold on ungoverned territory across southern and central Somalia, even after decades of the United States partnering with some African nations to combat al-Qaida’s third-largest affiliate.

The U.S. military has maintained a small unit of troops in Somalia, where it is aiming to bolster government forces as African Union trainers prepare to pull out of the nation after more than a decade of combat with al-Shabab.

American special operators routinely accompany Somalian forces in an advisory role on operations against al-Shabab. In early May, a Navy SEAL, Senior Chief Petty Officer Kyle Milliken, was killed by al-Shabab gunfire as he accompanied government forces on a raid against a terrorist compound outside Mogadishu.

Milliken was the first American servicemember killed in action in Somalia since the notorious 1993 Battle of Mogadishu, referred to as the “Black Hawk Down” incident. In that battle, 18 U.S. servicemembers were killed.