US fighter jet makes precautionary landing at Japanese air base 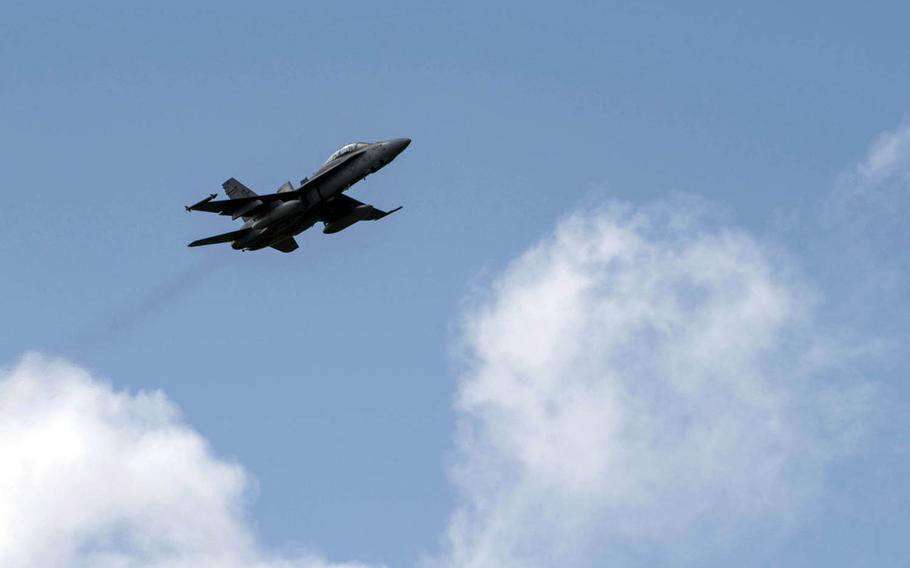 YOKOTA AIR BASE, Japan – A Marine Corps F/A-18 Hornet made a precautionary landing this week at a Japanese air base, U.S. and Japanese officials said.

“After receiving a cockpit warning indication, the pilot acted in accordance with standard operating procedures to land the aircraft,” she said.

There were no injuries or property damage, Foote said.

The jets were returning to Marine Corps Air Station Iwakuni from Alaska when one of them ran into engine trouble, said an official from Japan’s Defense Ministry.

Two of the Hornets returned to Iwakuni on Wednesday. The jet with engine trouble remained at Matsushima and was being checked by American mechanics, the official said.