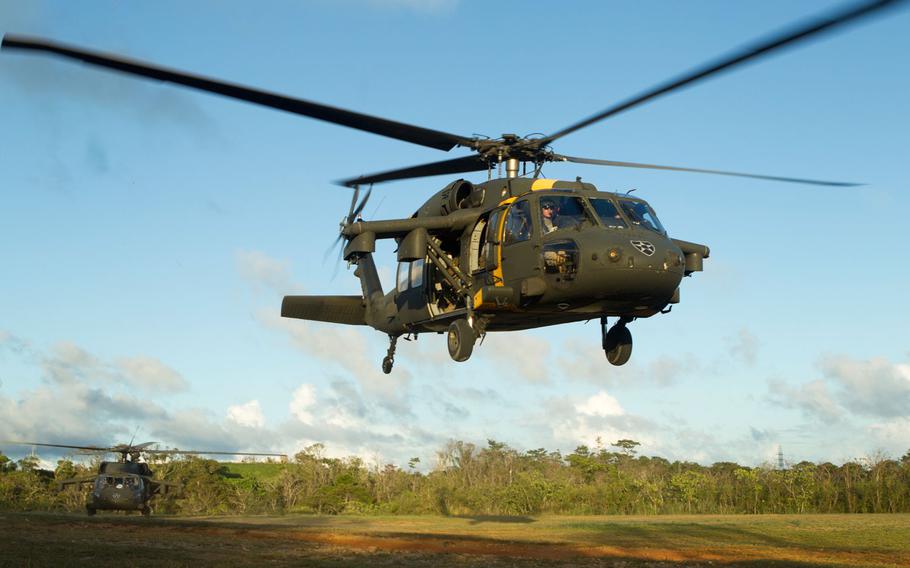 During a meeting Monday in Tokyo, Under Secretary of Defense for Policy Christine Wormuth told Japan’s defense minister, Gen Nakatani, she understands the issue’s importance to Japan, and promised that further details would be provided.

Wissler told Nakatani the U.S. military will work hard to prevent future incidents. Wissler said he would contact the Japanese government if there is further information about Wednesday’s crash, NHK reported.

Okinawa Gov. Takeshi Onaga on Thursday asked for revisions to the status of forces agreement between the U.S. and Japan. He complained that the prefectural government was not provided details about the accident, and that the agreement gives Japan no say in incidents involving the U.S. military within the country.

Onaga plans to push to have the SOFA revised, though he admitted doing so will be difficult, NHK reported.

The UH-60 Black Hawk was conducting a training mission when the incident occurred, a USFJ news release said. Five U.S. and two Japanese servicemembers were injured.