US choppers train aerial gunnery in Baltics, Romania and Germany A soldier from Task Force Baltic Phoenix, 10th Combat Aviation Brigade, sits on the back of a camouflaged CH-47 Chinook in Latvia on Aug. 21,2017. The unit was participating in Exercise Falcon's Talon. (Thomas Scaggs/U.S. Army) 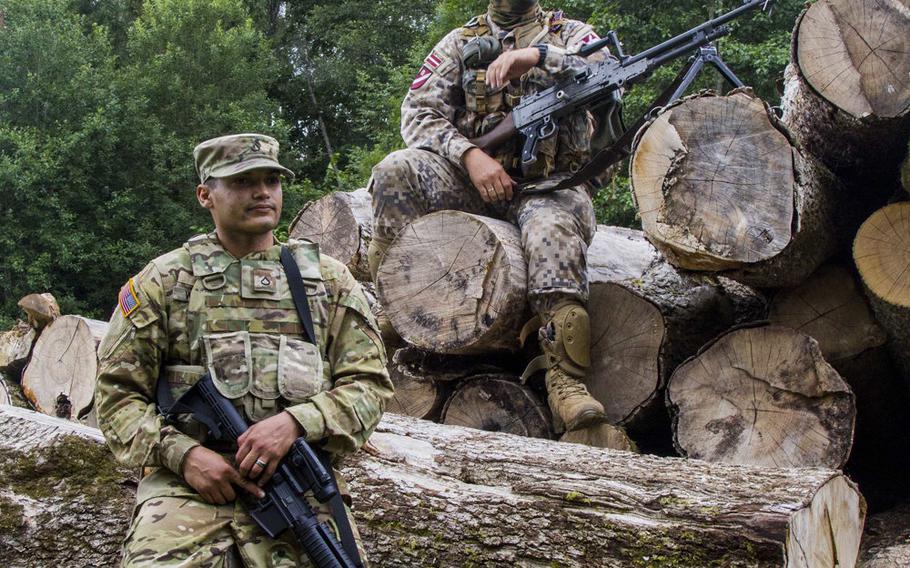 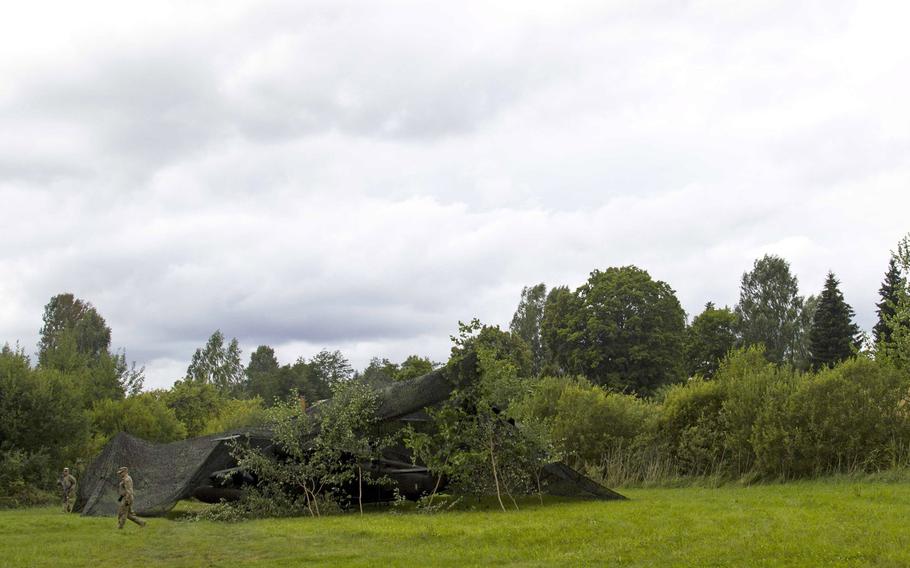 “Falcon’s Talon is about two things, reality and grit,” said 10th CAB commanding officer Col. Clair Gill. “The realism of how we need to fight and the development of leaders to independently execute missions without higher headquarters’ help.”

Operation Atlantic Resolve is the ongoing U.S. commitment in Europe in response to Russia’s 2014 annexation of Crimea. The Falcon’s Talon exercise supports this mission by practicing close air support procedures with allies in the region.

“We are growing a persistent presence for U.S. Army aviation in eastern Europe,” Gill said. “Every exercise, like this, hones our collective interoperability. We bring a very advanced Army aviation capability to complement (NATO and partner nation) forces. We make them more agile, more lethal and better able to integrate with the NATO team.”

A large focus of the exercise was to build up small-unit autonomy and survivability operating in Eastern Europe.

“The exercise gave our soldiers the chance to practice tactical field craft in small teams while separated and resource constrained.” said Capt. Spencer Feliciano-Lyons, lead planner for the exercise. “One of the goals was to encourage creative problem solving and see how our soldiers would approach unfamiliar problem sets.”

“We were interested in seeing what sorts of solutions they would come up with”, Feliciano-Lyons said. “Any sort of innovation would be valuable in helping us to continually adapt to modern threats.”

“We don’t react to Russia. We train for any threat, at any time,” Gill said.