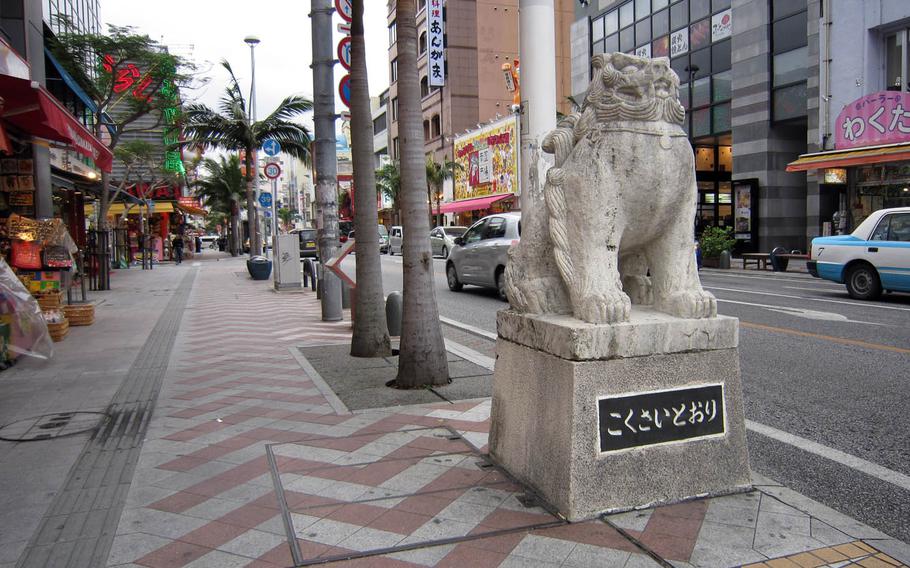 CAMP FOSTER, Okinawa — A street popular with tourists in Okinawa’s capital was closed briefly Saturday for the removal of a 110-pound bomb leftover from World War II.

The unexploded ordnance was found on Aug. 3 at a hotel construction site on Naha’s Kokusai Dori near the prefectural government offices, an official with the city’s disaster prevention office said. A bomb-disposal squadron from the Japan Ground Self-Defense Force removed the bomb’s detonation cord, rendering it inert.

The bomb wasn’t taken away until Saturday morning — nearly two months later — because time was needed to notify area residents and businesses and coordinate the disposal with the JGSDF, the official said.

Approximately 2,500 people were evacuated for the approximately two-hour removal process, the official said.

“It was safely disposed without any problem,” he said.

Unexploded ordnance was last found on Kokusai Dori, which is lined with restaurants, cafes, bars, boutiques and other stores, in 2004. A 110-pound World War II bomb was unearthed during road construction.