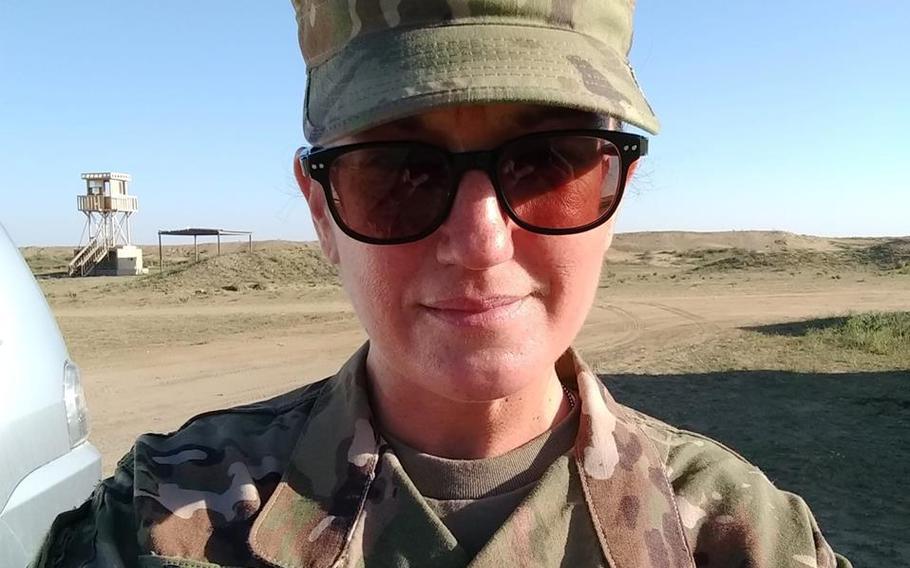 Army Sgt. Holli Bolinski was one of the soldiers killed in a vehicle wreck in Kuwait on March 5, 2019, according to her husband, Robert Bolinski. (via Facebook)

WASHINGTON — Two soldiers were killed in a wreck in northern Kuwait on Tuesday when their vehicle collided with a civilian commercial tractor-trailer, according to an Army statement released Thursday.

The deceased soldiers were both reservists assigned to the Illinois-based 657th Transportation Detachment, according to the Army. They were deployed to the Army’s sprawling Camp Arifjan in the Middle Eastern nation, where they had been supporting Operation Spartan Shield since last year.

The soldiers killed in the crash were Spc. Jackson D. Johnson, 20, of Hillsboro, Missouri and Sgt. Holli R. Bolinski, 37, of Pinckneyville, Illinois, the Army said. A third soldier, who was not named, was airlifted from the scene of the wreck and will be medically evacuated from Kuwait, the statement said.

The Army is investigating the crash, but officials do not suspect it was the result of a hostile act, according to the statement.

Bolinksi’s husband, Robert Bolinski, told Military.com that she “was a loving wife, my best friend, mother of five. Dedicated to the Army.”