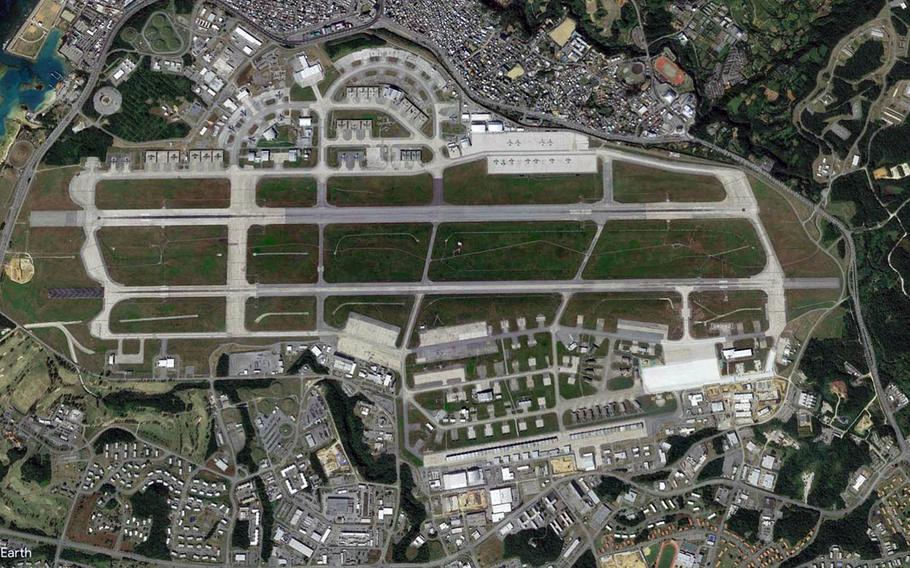 An aerial view of Kadena Air Base, Okinawa, shows the north and south runways. (Courtesy of Google Earth)

CAMP FOSTER, Okinawa — Safety issues forced a pair of F-15 fighter jets to land on the same runway — in opposite directions — within minutes of each other this week at the Air Force’s most active base in the Far East.

The aircraft made arrested landings, catching their tailhooks on cables on opposite ends of the installation’s south runway, according to witnesses quoted by the Okinawa Times newspaper. Kadena’s north runway has been closed for construction since Jan. 8.

One F-15 experienced an unsafe gear indication and the other had a hydraulic issue, according to a statement issued Thursday by Kadena’s 18th Wing. Both pilots landed their aircraft safely without incident, it added.

“Our Airmen are well-trained to execute their missions under any conditions, and they handled this particular incident in a professional, safe manner,” the statement said.

The jets were towed to hangars, according to the Okinawa Times report. The runway was back in service at 11:20 a.m.

During the temporary closure, four other aircraft were diverted to nearby Marine Corps Air Station Futenma.

The incident happened a day after a leaky seal forced an F-16D Fighting Falcon from Misawa Air Base in northern Japan to make a precautionary landing at a regional airport in Aomori prefecture.