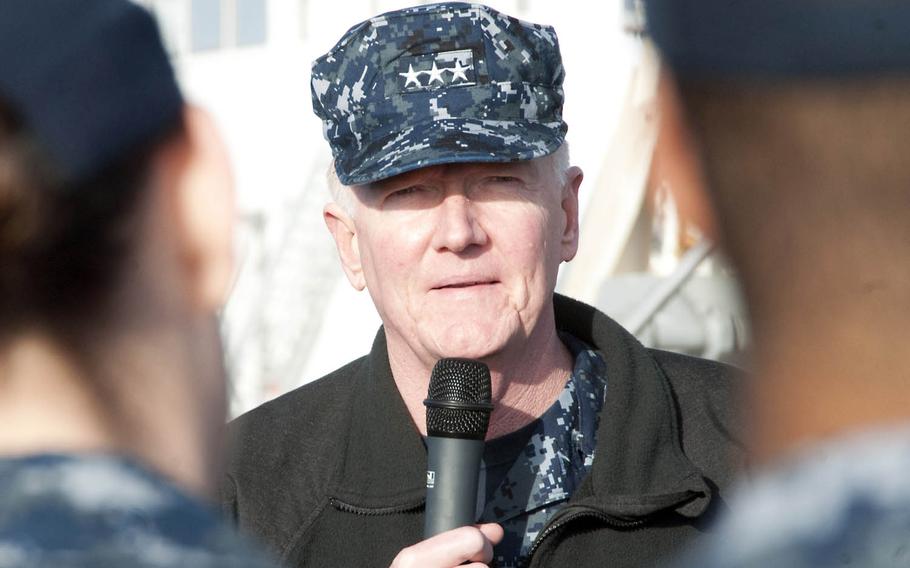 Foggo, who would be promoted to admiral, would also take the helm of Allied Joint Force Command Naples.

If confirmed by the Senate, Foggo would replace Adm. Michelle Howard, who took command of naval forces in Europe and Africa in June 2016.

The Pentagon has not specified her next move.

Foggo has been director of Navy Staff at the Pentagon since November and was formerly commander of the Naples-based 6th Fleet.

Howard became the first African-American to command a Navy ship when she took the helm of the USS Rushmore in 1999.

Foggo’s replacement as director of Navy Staff is slated to be Vice Adm. Kevin Donegan, who is now head of U.S. Naval Forces and the 5th Fleet.

Foggo has extensive experience in Europe, including command of Submarine Group 8 and director of operations and intelligence for U.S. Naval Forces Europe-Africa.