Transgender servicemembers prepare to defend their service on Capitol Hill 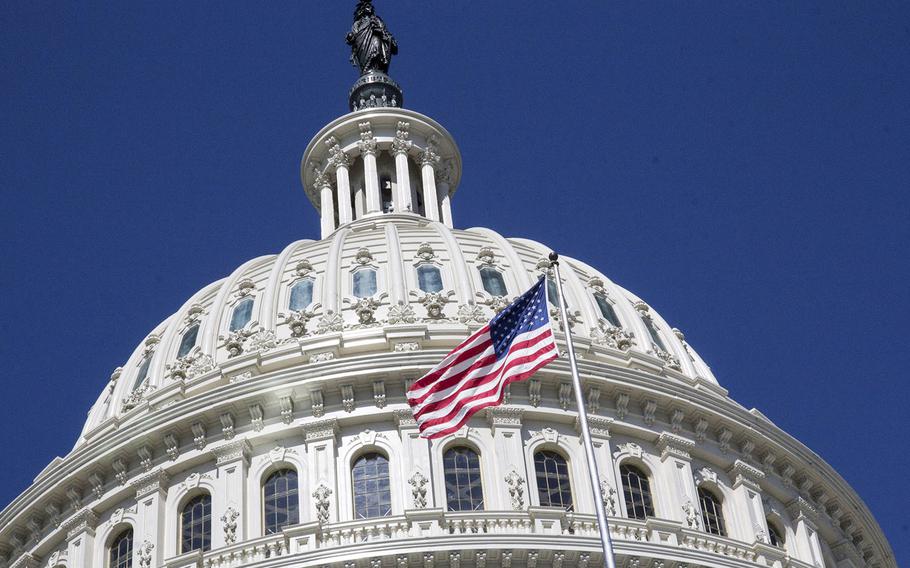 WASHINGTON – As Army Capt. Alivia Stehlik prepared to deploy to Afghanistan last year, she wondered if her status as an openly transgender woman serving in a military actively seeking to ban others like her would impact her ability to work with other soldiers in a war zone.

By the time she returned to her home station at Fort Carson in Colorado last month, she could answer that question with a resounding, “no,” Stehlik told reporters Tuesday, one day before she was scheduled to testify before House lawmakers on Capitol Hill about the military service of transgender troops.

“During my deployment to Afghanistan as a [transgender] woman, soldiers opened up to me,” she said. “They talked to me and told me things they never would have done before [my transition]. It seemed unusual to me, and I asked them why, and consistently they answered that they valued my authenticity and my courage in being myself.”

A Ranger-tabbed, 2008 West Point graduate who served for six years as an infantry officer before completing physical therapy school, Stehlik decided in 2017 to officially identify herself as a transgender woman and undergo hormone replacement therapy to transition into a woman. Her decision was made possible by a 2016 policy implemented by then-Defense Secretary Ash Carter to open the military to transgender servicemembers, who had long been barred from serving.

However, a 2017 directive from President Donald Trump threatens to end that policy and ban nearly all transgender men and women from serving in the military. The Trump policy – known as the Mattis Plan, named for Jim Mattis, the former defense secretary who wrote it – contends transgender servicemembers disrupt unit cohesion and require costly medical care.

Critics have blasted both of those assertions. On Tuesday, Aaron Belkin, the director of the Palm Center, which advocates for LGBT rights, called the Trump policy “political shenanigans,” saying studies have shown transgender troops do not make negative impacts on military units. He also said the costs associated with care in support of transgender servicemembers totaled about $2.2 million for the first 18 months after their ban on serving was lifted. He described the amount of money as a fraction of one percent of the military’s health-care budget.

For now, the ban on transgender people in the military remains blocked from implementation by injunctions levied by two federal judges overseeing lawsuits against the Trump administration over the policy. In total, four lawsuits challenging Trump’s transgender ban remain unsettled, and it is not clear when they would be heard in court, officials said.

On Wednesday, Stehlik and Navy Lt. Cmdr. Blake Dremann, a logistics officer with the Defense Logistics Agency at Fort Belvoir in Virginia, will become the first openly serving transgender servicemembers to testify to Congress when they take part in a hearing before the House Armed Services Committee subpanel on military personnel.

They intend to argue that transgender men and women are not only an asset to the military, but they both became better, more confident officers after transitioning, they said.

During her nine months in Afghanistan, Stehlik said she treated more than 1,700 patients throughout eastern Afghanistan, serving as the only physical therapist in the region. Her brigade – 1st Stryker Brigade Combat Team, 4th Infantry Division – recorded a less-than-1 percent evacuation rate for musculoskeletal injuries during the combat tour, a rate she described as very low.

“I’m proud of that,” Stehlik said. “It’s clear that my presence in Afghanistan dramatically improved the readiness of my brigade. I’m proud my soldiers trusted me and knew I would go out of my way to take care of them.”

Dremann said they would fight to continue to serve in the military and for others like them who want to serve openly. He likened the Trump administration’s argument to others in the past who attempted to block racial integration in the military, open service for gay men and women and for women serving in combat jobs.

“Each time the military has incorporated a minority group, it has been met with resistance, citing fears of mission accomplishment, cohesion and morale,” the Navy officer said. “Each accusation has been found completely without merit. ... The readiness and lethality of our military cannot be maintained by closing doors to the best and brightest our country has to offer.”