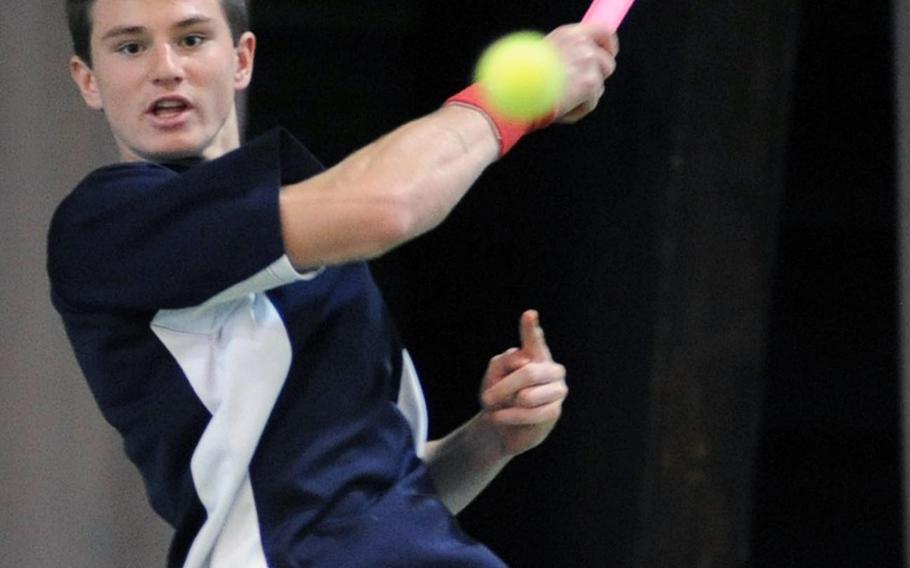 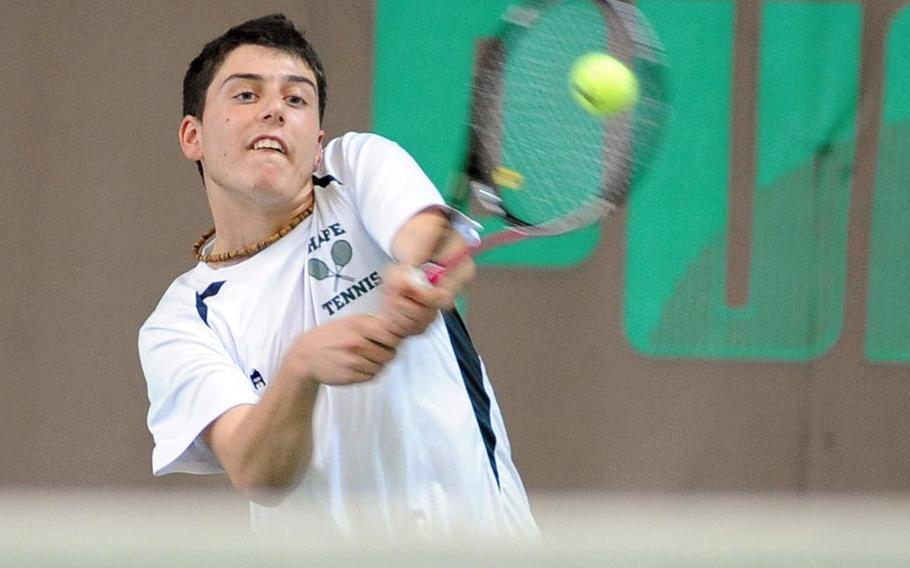 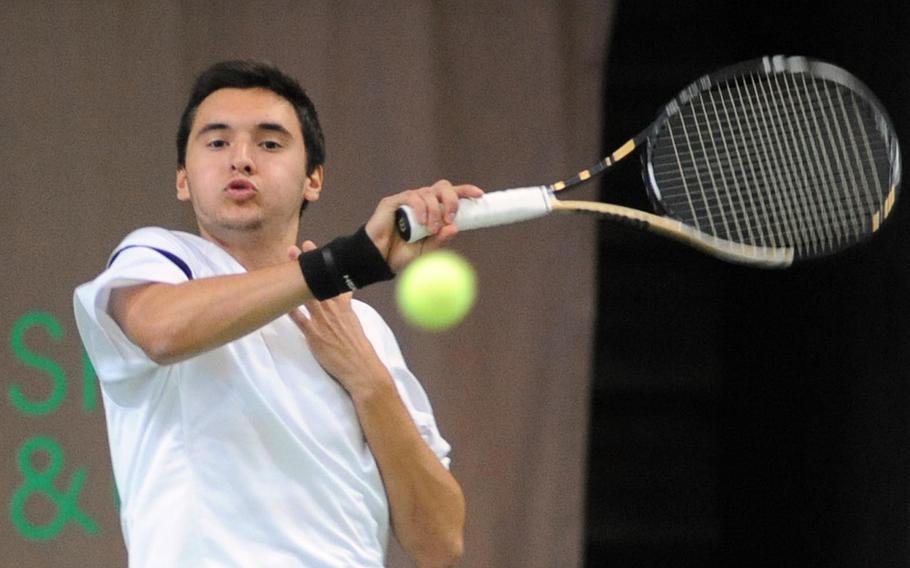 The stage was set this month for a final act of the intense rivalry in Tahirovic’s senior season and Stavropoulos’ junior year. But it’s not going to happen.

Both of the young prodigies remain enrolled in their prospective schools; both are still very active and very successful in the sport. But they won’t contend for this year’s DODDS-Europe championship.

Neither Tahirovic nor Stavropoulos is playing DODDS-Europe tennis this season. Instead, they’re devoting their energies to the international circuit, where the profile is higher and the competition more accomplished and consistent than they’ll find in a high school event in Europe.

“It’s just not my level,” Tahirovic said of DODDS tennis in a recent interview. “This year there is absolutely no competition.”

DODDS-Europe rules prevent players from playing a sport inside and outside of school concurrently, a rule that applies not just to tennis but all sports the organization offers. The rule is simple: if an athlete misses a DODDS game or official team practice session due to participation in a non-DODDS sports event, that athlete is ineligible for the DODDS season.

That’s the decision that faced Tahirovic. He was set to play in the Auto Lang Bodensee Junior Open, an International Tennis Federation event Sept. 2-7 at Kreuzlingen, Switzerland. But the event overlapped with preseason preparations for Patch’s Sept. 14 season opener. Playing in Kreuzlingen would cost him his DODDS eligibility for his senior season.

The choice was an obvious one for Tahirovic. He headed for Switzerland, where he played five matches against Swiss, German and Austrian opponents and reached the second round of the main draw.

“Pro tennis, that’s my future,” Tahirovic said. “When you think about it, DODDS tennis I’ll play for one more year. Compare that to pro tennis; that’s my career. I’ll play for the rest of my life. That made my decision easier.”

Stavropoulos could not be reached for comment, but he has been at least as busy as Tahirovic on the international circuit. He competed in a meet in Albania in September and another in Denmark in October.

Tahirovic said he didn’t play a challenging match last year until losing to Stavropoulos in the season’s final match. He expected that to be the case again this year. SHAPE was not on the regular-season agenda; Lakenheath and International School of Brussels, each led by a returning 2012 European semifinalist, were also missing.

If matches with Stavropoulos, Lakenheath’s Peters Kovats or ISB’s Fabian Sandrup Selvik were available, Tahirovic said he might have given more thought to maintaining his DODDS eligibility.

“That would have made a difference,” Tahirovic said.

The absence of two players who have won the last three championships creates a void atop the DODDS-Europe singles ranks; sophomores Kovats and Selvik are poised to step into that gap. But Kovats would have preferred to go through his nemesis rather than around him.

“I wanted so badly to play him again,” said the Lancer ace, whom Tahirovic dispatched 6-0, 6-0 in last year’s semifinal encounter. “I’ve improved so much.”

Kovats himself is steadily rising up the United Kingdom’s Lawn Tennis Association youth rankings and participates frequently in British and international events. But he takes care to block off his high school season; and he’s been rewarded this fall with intense challenges from Selvik and Ramstein’s Lee Debose, both of whom he needed more than two hours to defeat.

“These guys are really competitive,” Kovats said. “It was a good run for my money.”

While Kovats’ path to a DODDS-Europe title has grown clearer, it now winds through more complicated emotions.

“It is good for me and (Selvik). It’s good for us to get a shot at Europeans,” Kovats said. But his thoughts quickly return to the matches he envisioned with Stavropoulos and, especially, Tahirovic, matches that will now exist only in the realm of the hypothetical. “But I just wish I could play them.”