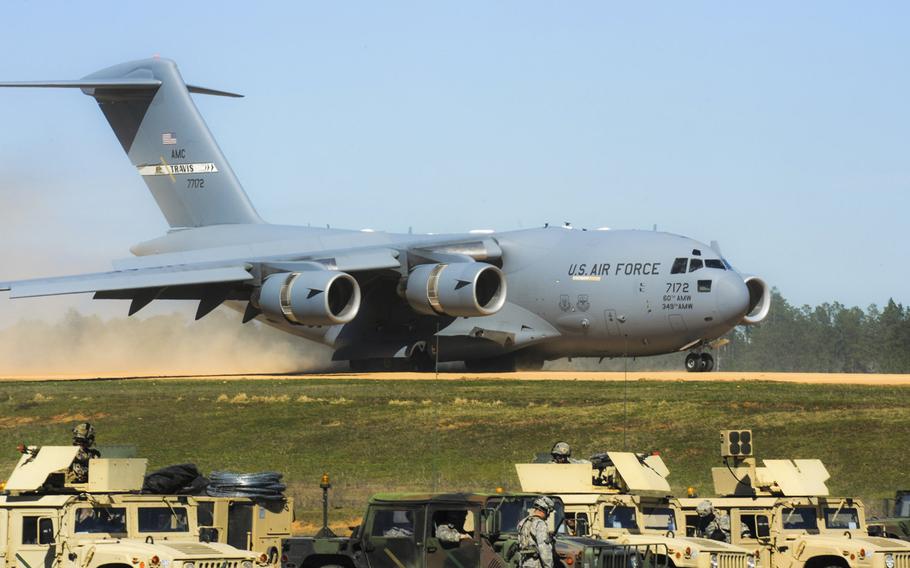 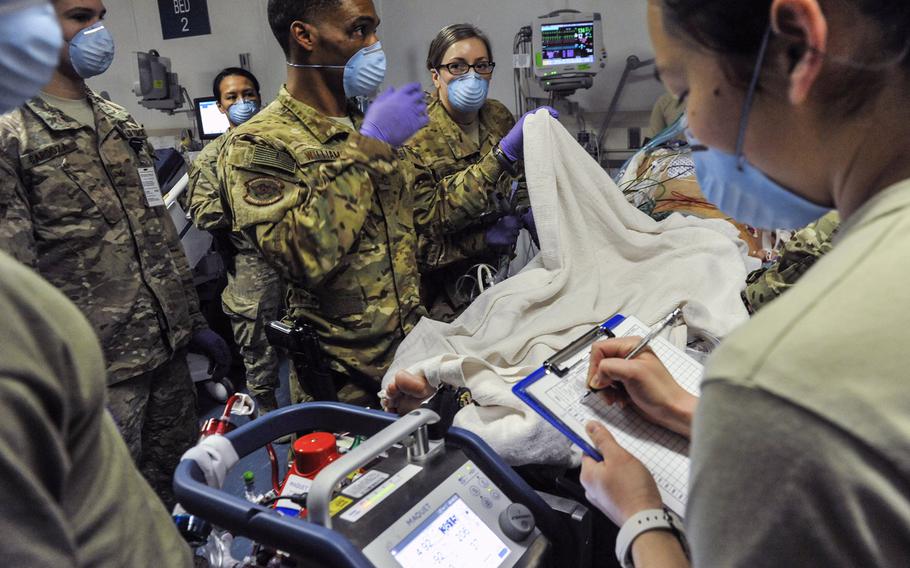 A 455th Expeditionary Medical Group team combines efforts with the Extracorporeal Membrane Oxygenation team to save the life of a NATO ally at the Craig Joint-Theater Hospital at Bagram Air Field, Afghanistan, on Feb. 18, 2016. The patient was airlifted to Landstuhl Regional Medical Center, Germany, where he will receive 7 to 14 days of additional ECMO treatment. (Nicholas Rau/U.S. Air Force) 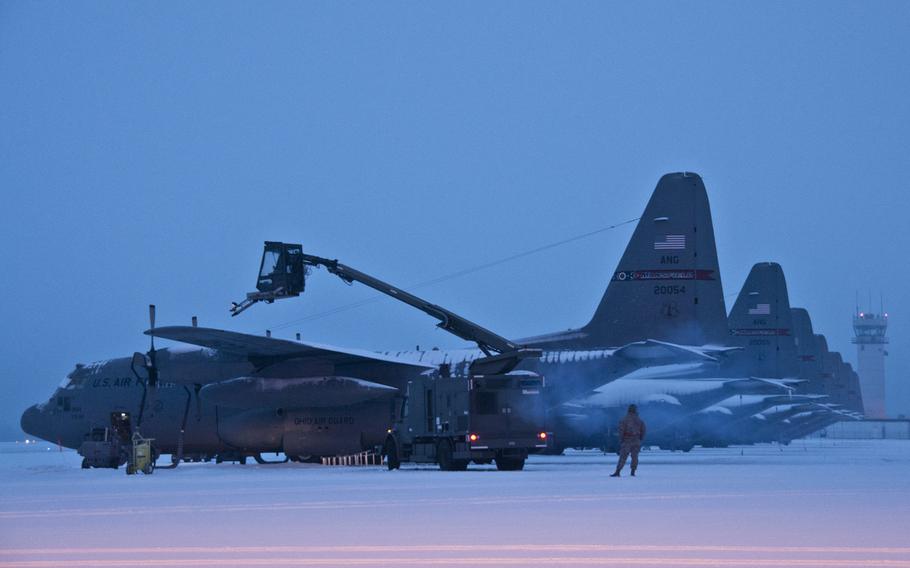 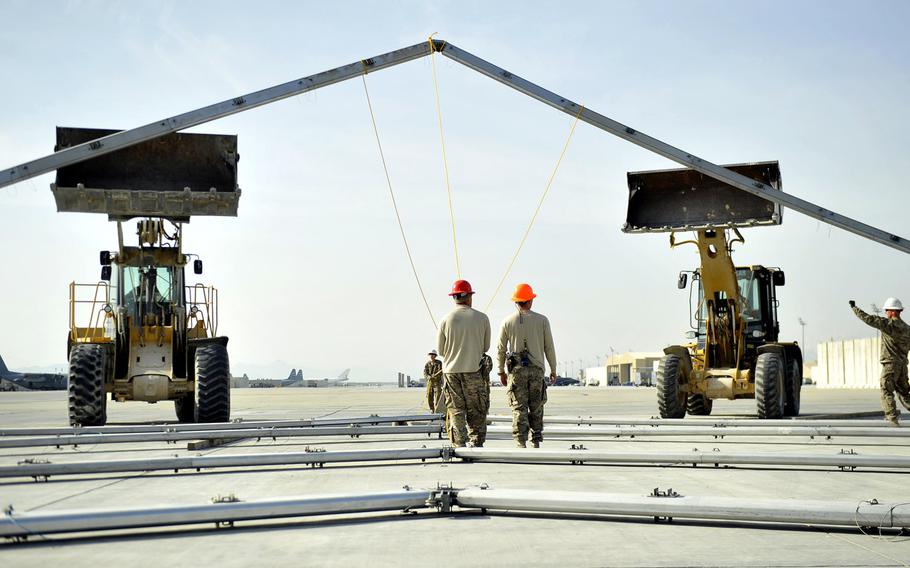 Airmen from the 455th Expeditionary Civil Engineer Squadron use front-end loaders to lift the first rib of a Large Area Maintenance Shelter at Bagram Air Field, Afghanistan Feb. 12, 2016. The structure was moved from elsewhere on the base and will soon be the new C-130 parts store, creating a larger and more convenient facility than the current one. (Bryan Bouchard/U.S. Air Force) 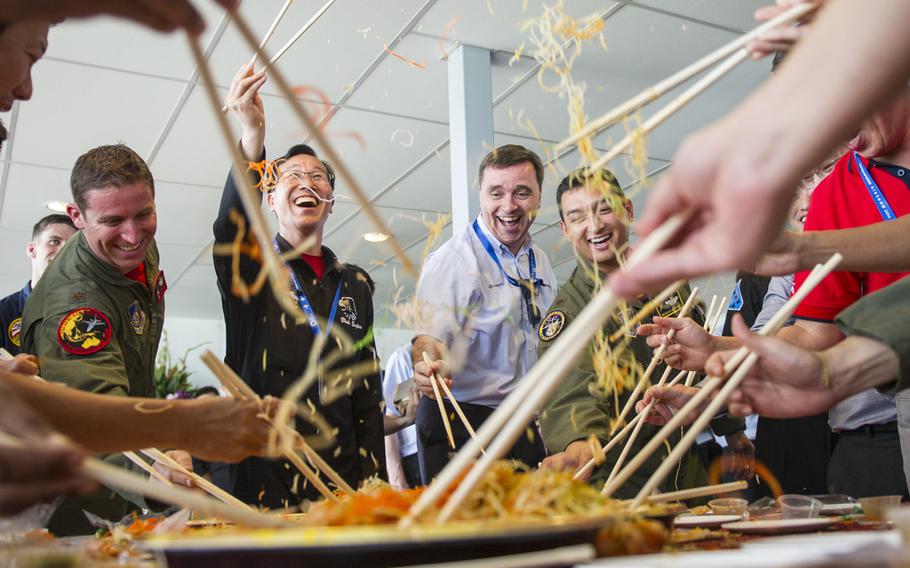 Aerial demonstration team members from the U.S., Singapore, Republic of Korea, Malaysia and France partake in the Lunar New Year tradition of a ''Lo Hei'' salad toss during a patch exchange ceremony prior to the Singapore International Airshow, at Changi Airport, Singapore, Feb. 14, 2016. The custom is meant to bring good fortune for the new year and offered airmen from several nations a fun experience to launch them into the airshow. (Raymond Geoffroy/U.S. Air Force) 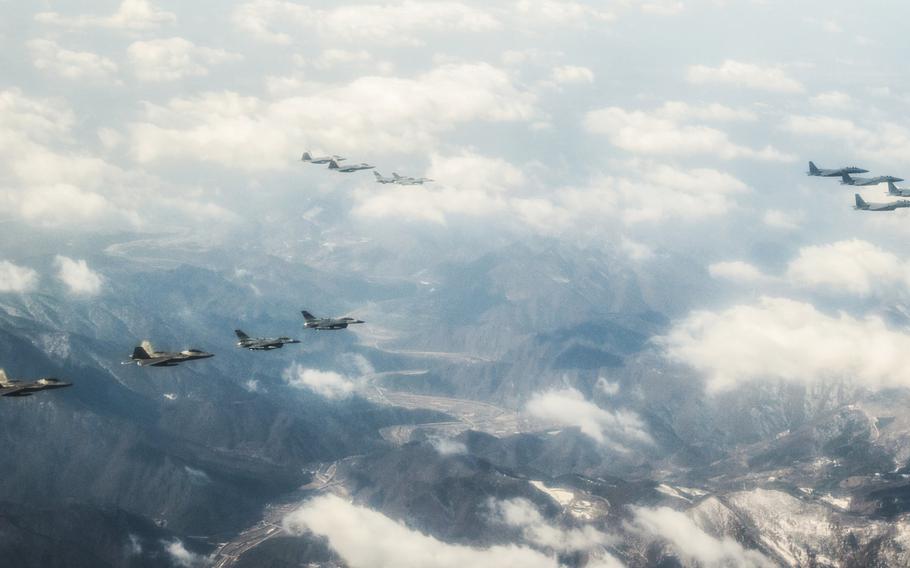 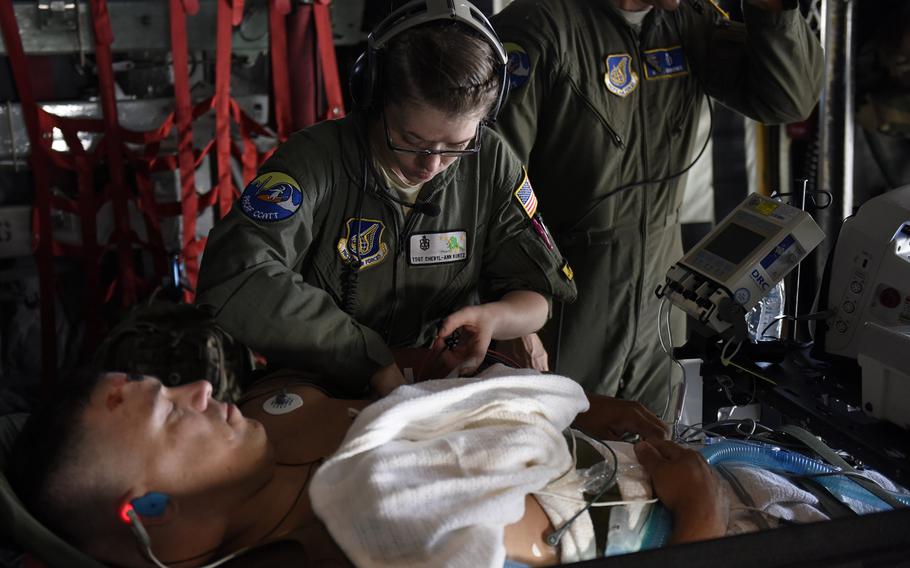 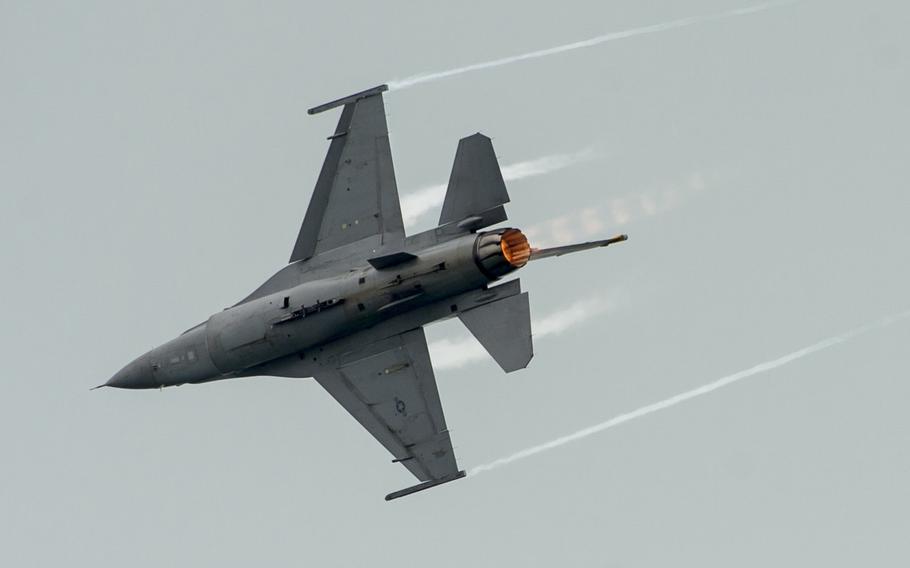 A U.S. Air Force F-16C Fighting Falcon from the 35th Fighter Wing, Misawa Air Base, Japan, performs an aerial demonstration during the Singapore International Airshow at Changi International Airport Singapore, Feb. 18, 2016. Through participation in airshows and regional events, the U.S. demonstrates its commitment to the security of the Indo-Asia-Pacific region. (Raymond Geoffroy/U.S. Air Force)