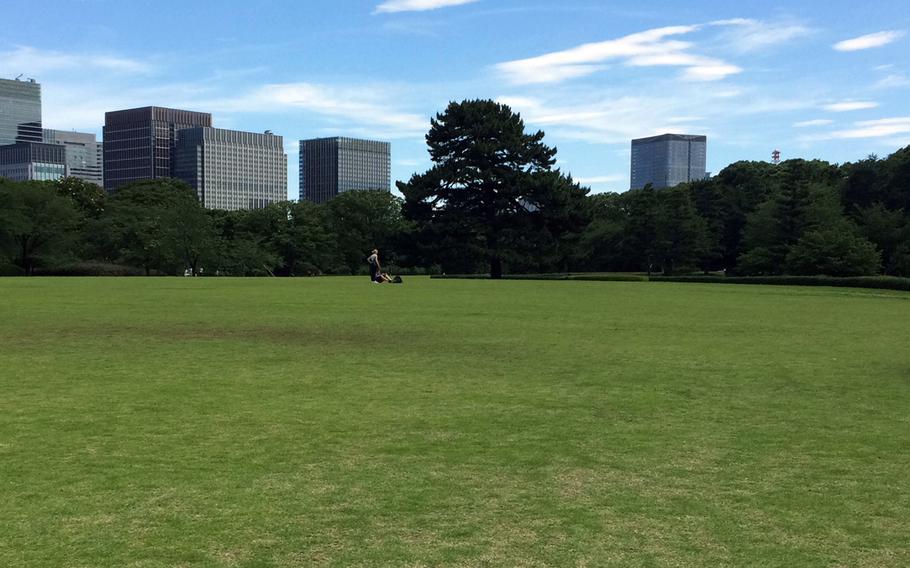 Buy Photo
Visitors to The East Gardens inside the Imperial Palace grounds in Tokyo, Japan, enjoy the vast green grounds in a sea of skyscrapers. (Allen Onstott/Stars and Stripes)

Buy Photo
Visitors to The East Gardens inside the Imperial Palace grounds in Tokyo, Japan, enjoy the vast green grounds in a sea of skyscrapers. (Allen Onstott/Stars and Stripes) Buy Photo
The East Gardens have many open areas where the Edo Castle once stood. Here, the view of the grounds from the stone base, which is the only remaining structure from the Tenshukaku Donjon, a five-story building that once formed part of the castle complex. (Allen Onstott/Stars and Stripes) 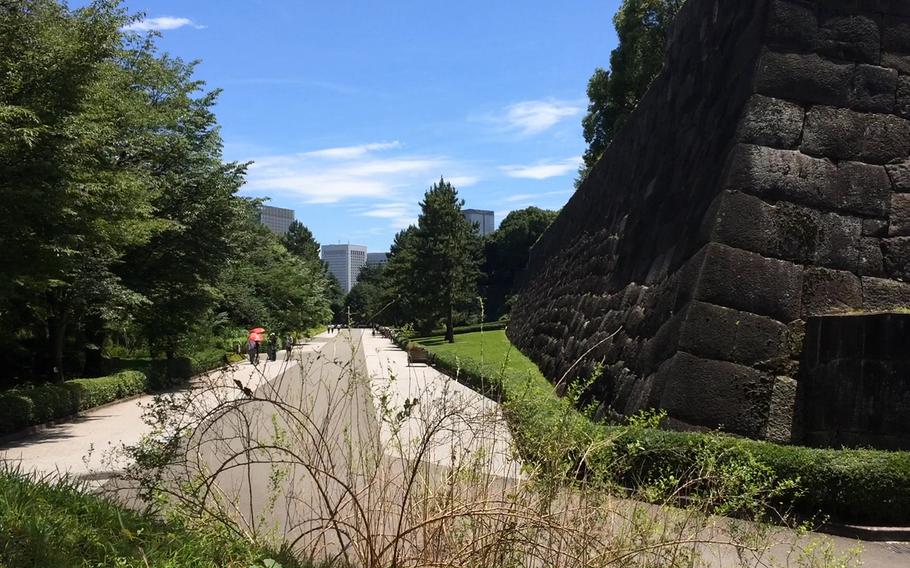 Buy Photo
Visitors take a stroll through the East Gardens of the Imperial Palace grounds in Tokyo, Japan. Free entry to the gardens is offered year-round and in springtime, the cherry blossoms onsite draw a big crowd. (Allen Onstott/Stars and Stripes) 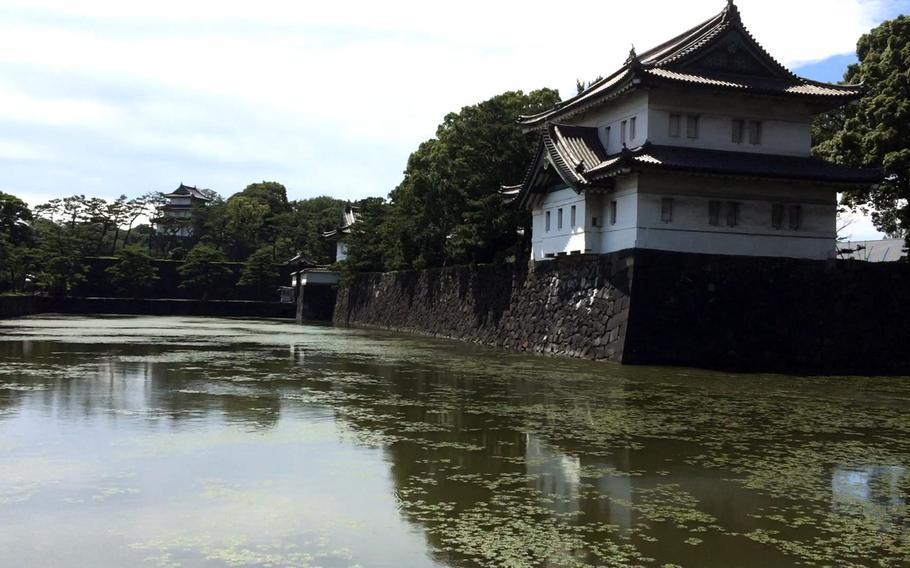 Buy Photo
The Sakurada-Niju-Yagura watchtower at Tokyo’s Imperial Palace is visible from the outer areas of the grounds. It is the last remaining corner watchtower and is a reconstruction of the original, which was destroyed in 1923 during the Great Kanto earthquake. (Allen Onstott/Stars and Stripes)

For many visitors to Tokyo, a stop at the Imperial Palace grounds is a must.

Every year, thousands of tourists and locals flock to the palace — which embodies the old-meets-new aesthetic that dominates much of Tokyo, with modern office buildings and upscale department stores surrounding the traditional buildings and greenery of the nearly 561-year-old complex.

Both the palace and gardens offer free admission — although access to the Imperial Palace outer grounds requires an advanced reservation made through the Imperial Household Agency for a mandatory guided tour. The 75-minute tour, which is offered in both English and Japanese, doesn’t take visitors inside any buildings, as these remain off-limits to the public.

The inner grounds of the Imperial Palace are only open to the public on two Japanese holidays: January 2, for the Imperial Family’s annual New Year’s greeting; and on December 23, Emperor Akihito’s birthday. During both holidays, the emperor and his family make several appearances to greet the public from a balcony window of the palace, making this a very popular and special event for Japanese citizens.

Entrance to the East Gardens is unrestricted and requires no reservations.

I recently visited the Imperial Palace on a hot summer day, entering the gardens through Hirakawa-mon — a gate that has remained relatively unchanged since its construction in 1620. The gate leads visitors to vast green grounds, dominated by a labyrinth of stone-covered platforms accentuated by a variety of native trees and flowers. The lush gardens are a popular cherry blossom viewing site in the spring.

It is in this split complex where Edo Castle, which was first constructed in 1457, once stood. The castle belonged to the Tokugawa Shoguns — a ruling family of military dictators who controlled Japan from the late 1100s up until the late 1800s. In 1868, the capital of Japan was moved from Kyoto to this site in Tokyo. Today, visitors can still see existing elements of the castle throughout the Imperial Palace’s garden — including moats, towering rock walls and stone gates.

The oldest remaining original building of the Edo Castle is the Fujimi-Yagura watchtower, one of three watchtowers at the palace. This structure, which dates to 1659, is accessible only through the guided tour of the Imperial Palace. After a fire in 1657 destroyed the majority of the Edo Castle, this watchtower survived and became an important centerpiece of the former castle when no efforts were made to rebuild the main tower.

Also on the palace grounds are the Tokagakudo Concert Hall and Sannomaru Shozokan, a museum featuring revolving exhibitions of the Imperial Family’s collection of art and artifacts.

Whether you’re in the mood to get a glimpse of royalty or simply discover a bit of serenity in the middle of Tokyo’s fast-paced and ultra-modern city center, the Imperial Palace makes a unique and enjoyable way for visitors of all ages to explore more of Tokyo’s vibrant history.

TIMES: The East Gardens are open 9 a.m.-4 p.m., with regularly scheduled closures on Mondays, Fridays and most Japanese holidays. Guided tours of the palace grounds, which require advanced reservations, are generally conducted twice a day at 10 a.m. and 1:30 p.m., Tuesday through Saturday. Closures may also occur on days when Imperial Court functions are scheduled.

FOOD: Many restaurants are within walking distance of the palace. Check out Tokyo Station’s “Kitchen Street,” an underground mall outside of the ticket gates at the station with a variety of restaurants.