Three sailors arrested in Georgia on charges of rape 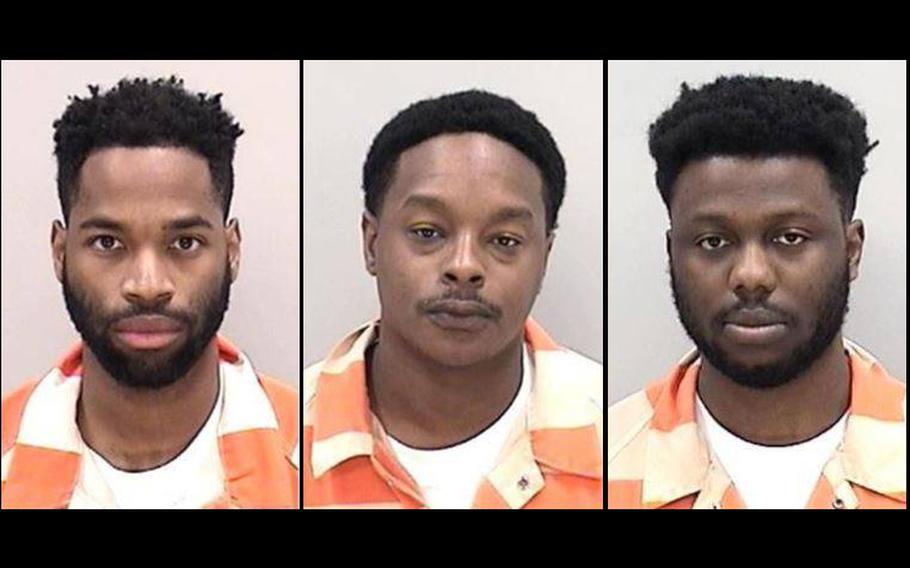 WASHINGTON — Three sailors have been arrested and charged for raping a woman during a house party in Georgia, according to law enforcement officials.

Following an investigation by the Richmond County Sheriff’s Office and Naval Criminal Investigative Service, sheriff’s deputies arrested Michael Billington, 24, Teddy Diake, 24, and Johnathan Augustus, 24, on Tuesday on charges of rape and aggravated sodomy, according to the county’s jail records. The sailors are stationed at Fort Gordon, which is in Richmond County, Ga.

Party attendees identified the three suspects to law enforcement, according to the statement. Billington, Diake, and Augustus were later arrested and charged for the assault.

The three men work at Fort Gordon for Navy Information Operations Command as cryptologic technicians, according to personnel records provided by the Navy. Fort Gordon is home to the Army’s Cyber Center of Excellence, Army Signal Corps and Army Cyber Corps.

Billington, a petty officer third class, is originally from Ohio and enlisted in the Navy in May 2014. He previously was stationed aboard the USS O’Kane, a guided missile destroyer based out of Pearl Harbor, Hawaii from December 2014 to February 2018. He was awarded the National Defense Service Medal and the Pistol Marksmanship Ribbon.

Diake, originally from Michigan, is a seaman who enlisted in May 2017. His only other assignment, according to the Navy, was as a student at the Information Warfare Training Command at Naval Air Station Pensacola Corry Station in Pensacola, Fla. The Navy has no awards listed for Diake.

Augustus, originally from Texas, is a seaman recruit who enlisted in December 2014. He previously served aboard the USS Ross, a guided missile destroyer based out of Norfolk, Va., from September 2015 to September 2018, according to the Navy. His awards include the Global War on Terrorism Expeditionary Medal, the Global War on Terrorism Service Medal, two Sea Service Deployment Ribbons and two Navy/Marine Corps Overseas Service Ribbons.

The Richmond County Sheriff’s Office was unable to provide a date for their arraignment.