‘Those guys were trapped ... So we knew we had to be the ones to make a difference’ 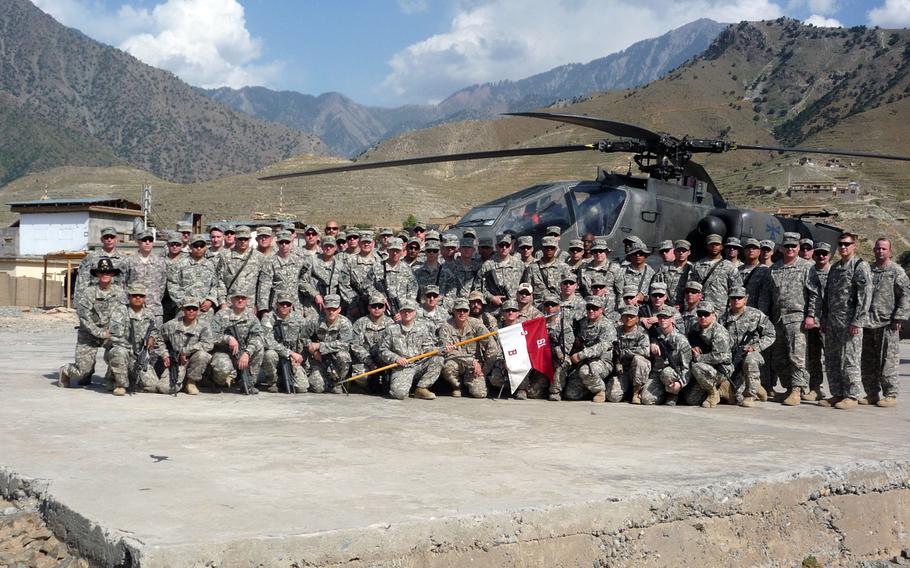 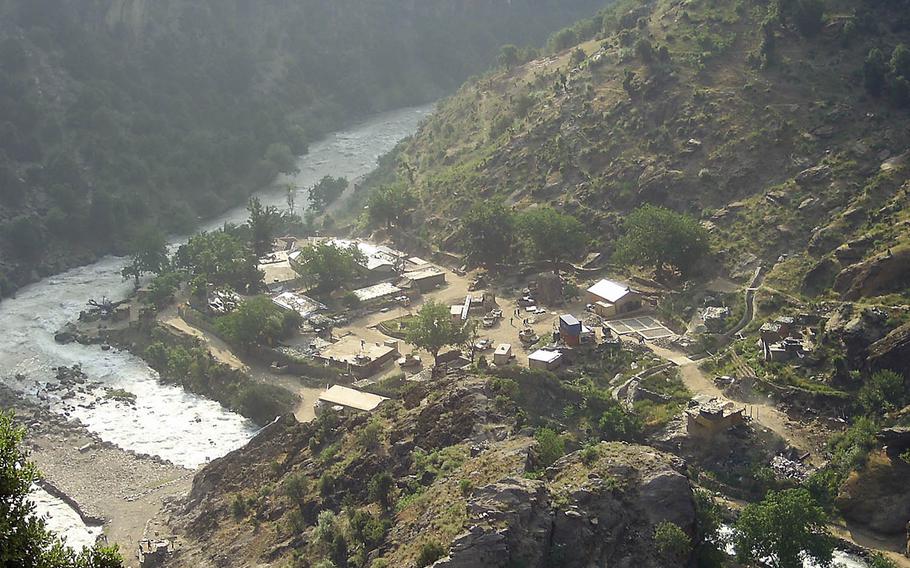 Pictured is a view of the former Combat Outpost Keating on the Pakistan-Afghanistan border in a remote pocket of Afghanistan known as Nuristan. (Brad Larson/U.S. Army) 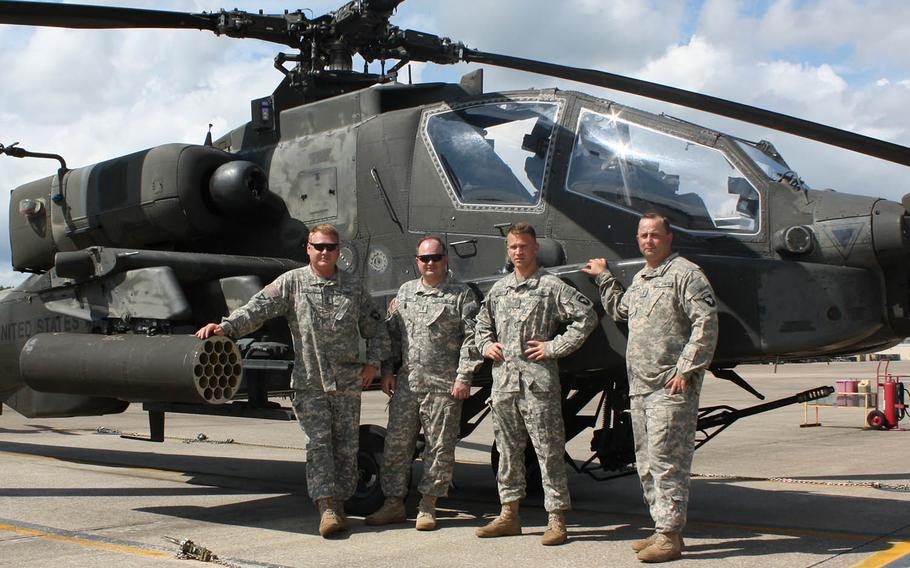 Oct. 3, 2009 Nuristan province, Afghanistan Few battles waged over the last 15 years have given rise to more storied figures than the fight for a small combat outpost in Nuristan province, near the village of Kamdesh. As the sun rose on Oct. 3, 2009, about 300 Taliban launched a surprise attack on COP Keating.

Many of the Afghan National Army members there in support of the coalition troops fled. The 53 Americans left on the outpost were alone. Within an hour, the Taliban had overrun the base, scattering the troops into pockets of resistance.

The ensuing fight to retake COP Keating was one of the bloodiest and most politically embarrassing battles of the war, resulting in the deaths of eight Americans and 10 Afghan nationals. Four U.S. Army officers were officially reprimanded after a lengthy investigation concluded that “inadequate measures taken by the chain of command” helped lead to the attack.

After the fight, Keating was evacuated, abandoned and intentionally destroyed by aircraft.

But from the carnage arose heroes.

Staff Sgt. Clinton Romesha and Staff Sgt. Ty Carter received the Medal of Honor for their part in retaking Keating. Nine soldiers received the Silver Star, 37 got the Army Commendation with “V” device for valor, 18 got the Bronze Star with “V” and 27 were awarded the Purple Heart.

Those soldiers helped fight off a force that caught them by surprise and outnumbered them 6-to-1. In the end, more than 150 Taliban were killed.

But things could have gone much worse, if not for the actions of three AH-64 Apache helicopter crews, who flew into the battle and delivered the ground troops from certain death.

For them, it all began with a call for a medevac — never a good call to get, Lewallen said. Part of his crew’s job was to escort medevac choppers into areas too dangerous for them to fly into alone.

“We didn’t initially know what was happening,” he said. “About halfway down the flight line we got the call — ‘Don’t wait for the medevacs, just launch the Apaches.’”

Once in the air, Lewallen and his crew made a decision that ended up saving a lot of lives that day. Instead of taking their normal route, they decided to fly straight down the mountain range. While a bit more dangerous, it shaved about 15 minutes off their flight time — a lifetime for the troops on the ground fighting for their lives.

“As we came up we started to see a big plume of smoke rising up over the mountain range,” Lewallen said. “To me it looked like the entire camp was on fire. When those guys came on the radio, I was shocked I could hear voices coming from there.”

Communication with the troops on the ground was spotty. The Taliban had taken out the big communications arrays, leaving the defenders with handheld radios.

Most of the troops had been confined to a group along the edge a ridgeline near a riverbank. Others were scattered across the outpost in fighting positions.

“We started looking for bad-guy targets,” Lewallen said. “We had a few engagements that allowed some of the troopers inside of the tents to move outward and take some of their positions back.”

After an hour of fierce combat, including the helos taking out an encroaching line of Taliban reinforcements creeping down a mountain path, they ran out of ammunition and had to fly back to Forward Operating Base Bostick for resupply. After refueling, they flew back into the fight.

At that time, the troops on the ground at Keating were able to start providing more detailed information on where the attacks were coming from. The heaviest fire was from the Kamdesh village overlooking the outpost.

“During the night the Taliban had come in and set up, kind of kicked everybody out of the village and they went in there and sandbagged and kind of reinforced those buildings,” Lewallen said. “They were using those buildings as a base of fire to shoot down into Keating.”

As Lewallen swung in to take out a fortified building, his helo was hit by heavy machine-gun fire. That started a slow hydraulics leak that would force him back to Bostick. Another Apache took fire and lost its electrical system.

They were running out of aircraft and the battle was far from over.

“Once we got on the ground and I saw there was definitely more Apaches sitting on the parking lot, I knew we had to get in them and go,” Lewallen said. “We made a team, Huff and I, and that’s when we headed back.”

The Air Force was getting involved at this time, hitting targets along the ridge line. Before departure, Lewallen had looked over the bullet holes in his aircraft to determine where the machine-gun fire was coming from.

To take the enemy out, the twin Apaches would have to make themselves a target. Lewallen played the part of bait.

“I got him in a high orbit above me and kind of slowed down and got real slow through the valley and waited for them to shoot,” he said. “And when they shot we were able to pinpoint their locations. We destroyed those guys.”

They had set up the machine-gun embankments on the back side of an outcropping. “If the medevac birds had come, they would have flown right into them. We were pretty lucky we found those,” Lewallen said.

From there the Apache teams continued to pick off targets until a thunderstorm chased them out of the valley. They returned to Bostick to coordinate one final flight with the infantry commander. That flight would see the three remaining Apaches escorting Black Hawks filled with special operations soldiers to augment the troops still fighting on the ground.

“We flew them in through a pretty heavy RPG fire,” Lewallen recalled.

That mission complete, the exhausted crews headed back to Bostick to swap out with the night crew. They had spent the past 10 hours in the air, dodging — sometimes unsuccessfully — heavy fire in a relatively slow-moving aircraft.

“I have to admit I was worn out by time we got back.” Lewallen said. “It seemed like the whole day went by in the snap of a finger.”

Back at Bostick, Lewallen had an encounter with some of the evacuated troops that he said he’ll never forget.

“There was this guy coming toward me. … Right in his name tape was a little circle of blood,” he recalled. “He looked up and said, ‘Hey, were you one of the pilots at Keating? I’m the platoon sergeant, I got some guys that want to meet you.’”

The sergeant led Lewallen to a makeshift barracks for the Keating soldiers. After an emotional meeting between the battle-weary men, one soldier said, “I really believed that in the next 10 minutes we were all going to be dead. And then I heard the rotor wings overhead.”

Lewallen, now a battalion standards pilot for the 12th Combat Aviation Brigade in Ansbach, Germany, said that comment has stayed with him in the years since the battle.

“I could quickly fly into a place like that and fly back out in a few minutes and be gone. But those guys were trapped. There was just nowhere for them to go. So we knew we had to be the ones to make a difference.”