'There's no turning back now' 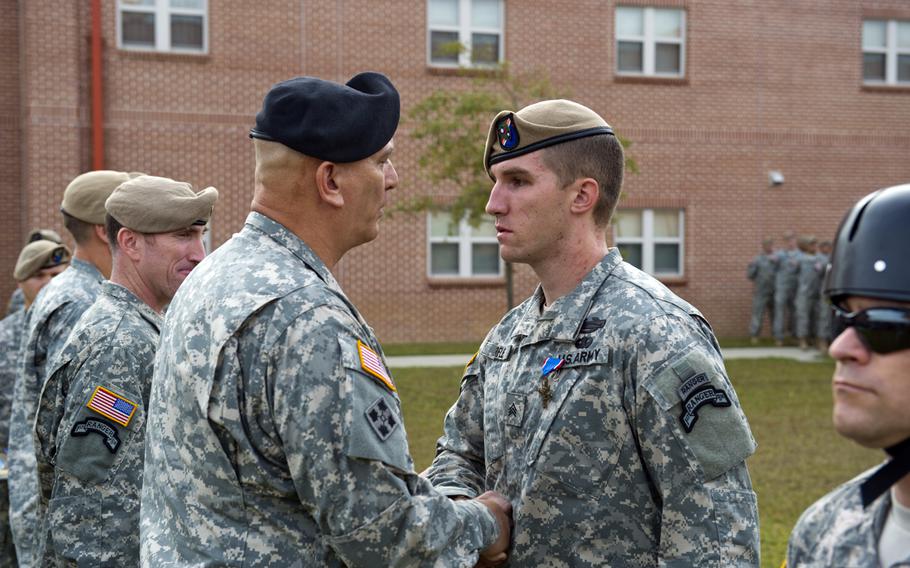 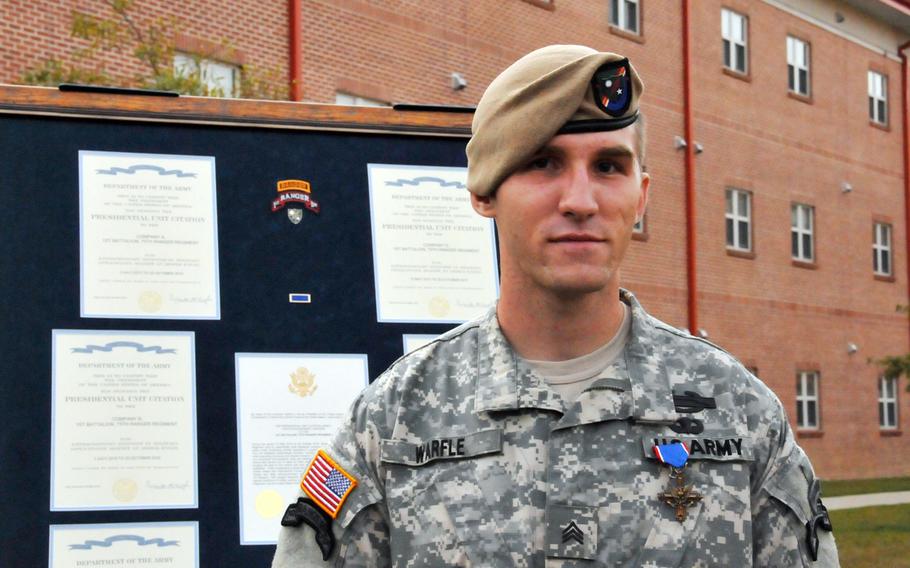 When Craig Warfle received the Distinguished Service Cross in 2012, he became the first Army Ranger to receive the nation’s second-highest honor for valor in combat in the post-9/11 era.

As a specialist with the 1st Battalion, 75th Ranger Regiment serving on a task force hunting senior Taliban leadership, Warfle disregarded his own gunshot wound, “purposefully positioned himself in the line of enemy fire” to protect a fallen Ranger, and then held off the enemy for 20 minutes, allowing his teammates to get to safety, according to his citation.

On Aug. 18, 2010, Warfle’s Ranger team was in Logar province on a hastily planned night mission that he thought would be mostly cleanup after Apache helicopters heavily strafed an enemy position behind a woodline.

“We’d hit this position so much in events leading up to [the mission] I didn’t think it would be anything more than clearing some dead bodies and making sure we took their guns off them,” said Warfle, who has since been promoted to sergeant. “I didn’t have any fear for our safety at that point because I thought everything was already taken care of.”

As soon as the Rangers stepped off the helicopter into the open farm field, well-aimed rifle fire came snapping by them. Warfle, an automatic rifleman, was on point and crawled 50 yards through the muddy field toward the enemy, firing 150 rounds and allowing his teammates to get behind the only possible cover in the field — a low berm about the height of a sidewalk curb.

The enemy fire quieted, allowing the Rangers about 15 seconds to regroup.

Warfle moved forward with his squad leader, Sgt. Martin Lugo, to his right. As they got about 75 feet from the enemy machine-gun positions, heavy fire burst out.

“I felt a snap hit my right arm,” Warfle said, adding he thought maybe the burn was a stray shell at first. “It took me a second for that to sink in — that I was actually hit — and at that point I was already committed.”

By that time, Warfle was within 30 feet of the enemy.

“There’s no turning back now,” he recalled thinking, “So I kept pushing forward. I had a 200-round drum of ammunition and I kept thundering that in there.”

Lugo had been badly hurt in the same burst that hit Warfle’s upper right arm, but Warfle didn’t realize it until he heard someone call, “Man down!”

A round that would prove fatal had hit Lugo under his Kevlar vest, penetrating his heart. Warfle moved toward his fallen squad leader, standing by himself in the open field and firing on an enemy he couldn’t see. He “fearlessly continued to provide accurate suppressive fire from his exposed position,” allowing a medic to come treat Lugo. Two others were able to pull Lugo out of the kill zone, according to the citation.

Not until Lugo was on the medevac helicopter — still alive at that point — did Warfle use a tourniquet to treat his own wound, a through-and-through gunshot to his right shoulder.

As the Rangers started pulling back, the Taliban “started upping their game a little bit” and increased fire. Warfle, positioning himself between his platoon and the enemy, “steadfastly remained at his forward position delivering accurate fire” for 20 minutes, so the rest of the Rangers could safely move across the open field to cover 100 yards away, the citation reads.

That night Warfle, along with helping to kill 16 Taliban fighters and take out two Taliban commanders, “saved the lives of teammates.”