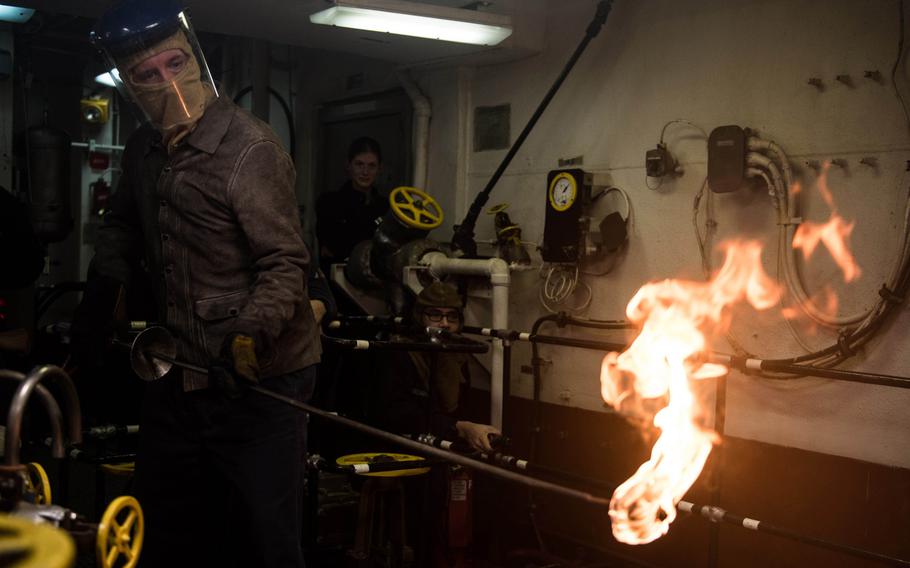 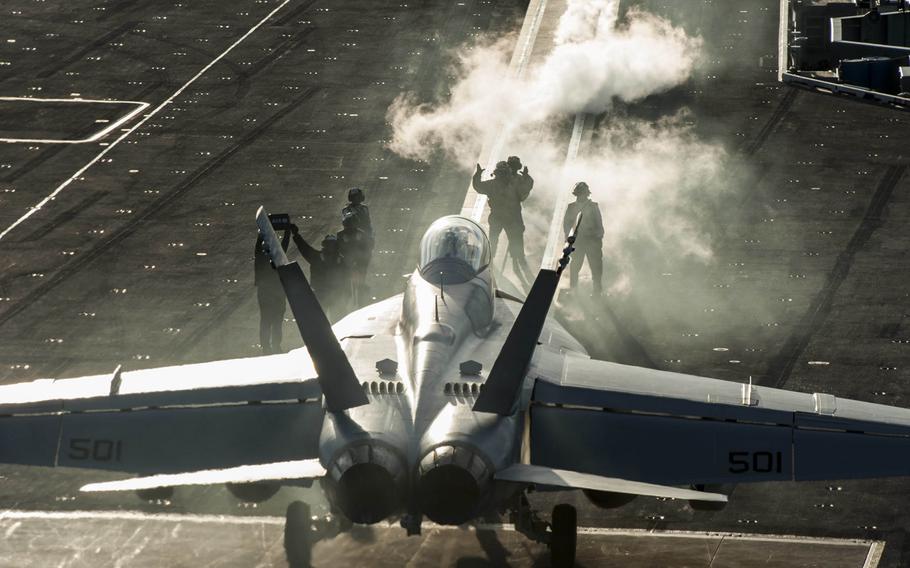 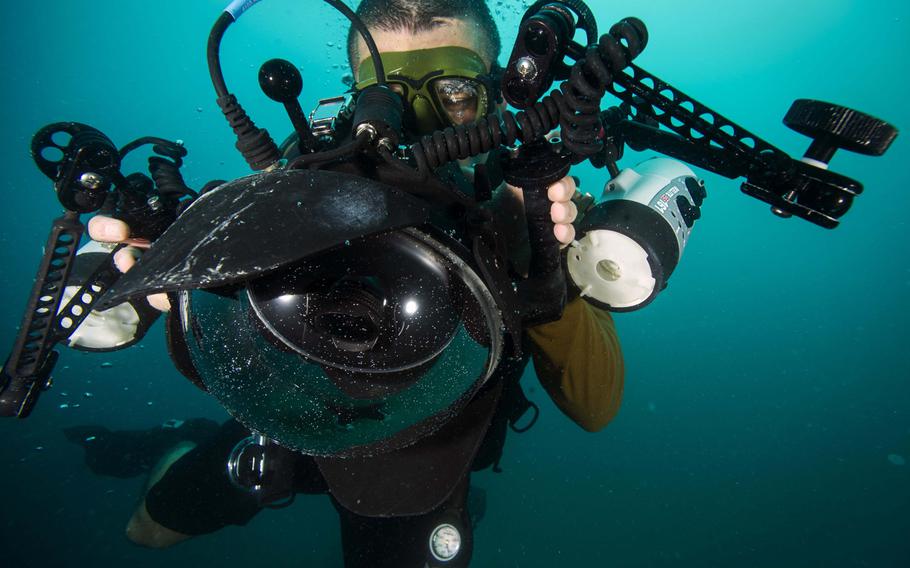 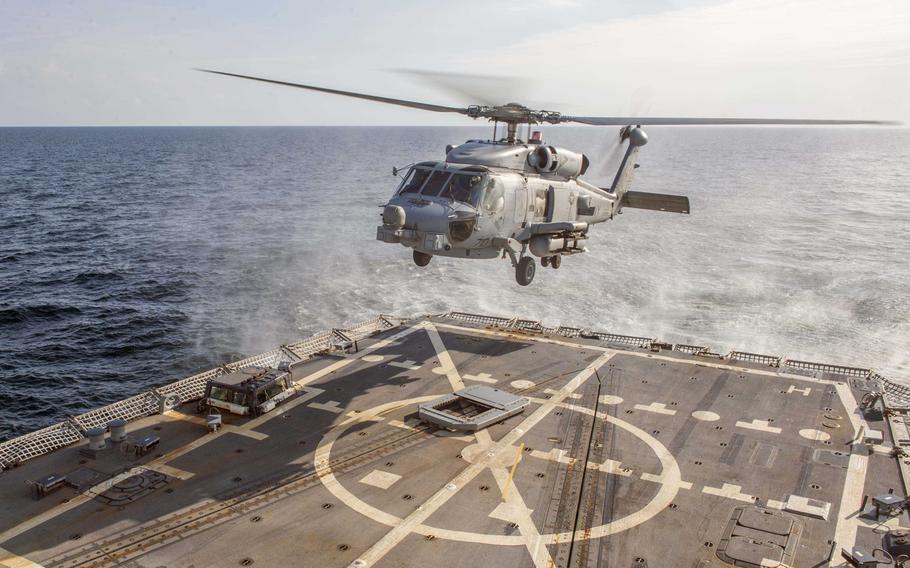 Sailors assigned to the Ticonderoga-class guided-missile cruiser USS Chancellorsville fire an L131 pencil flare on the starboard bridge-wing of the ship during a fare exercise as part of Annual Exercise 16 on Nov. 17, 2015. (Raymond D. Diaz III/U.S. Navy) 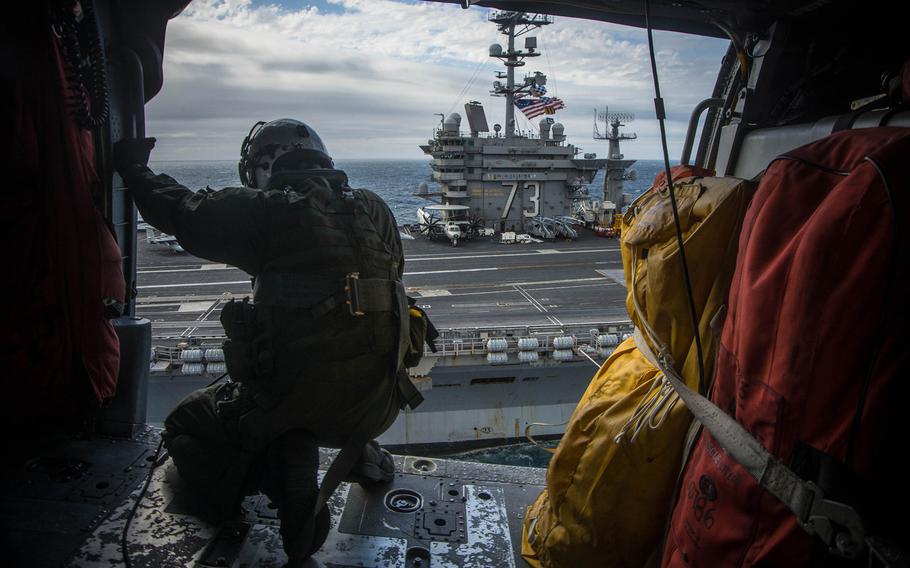 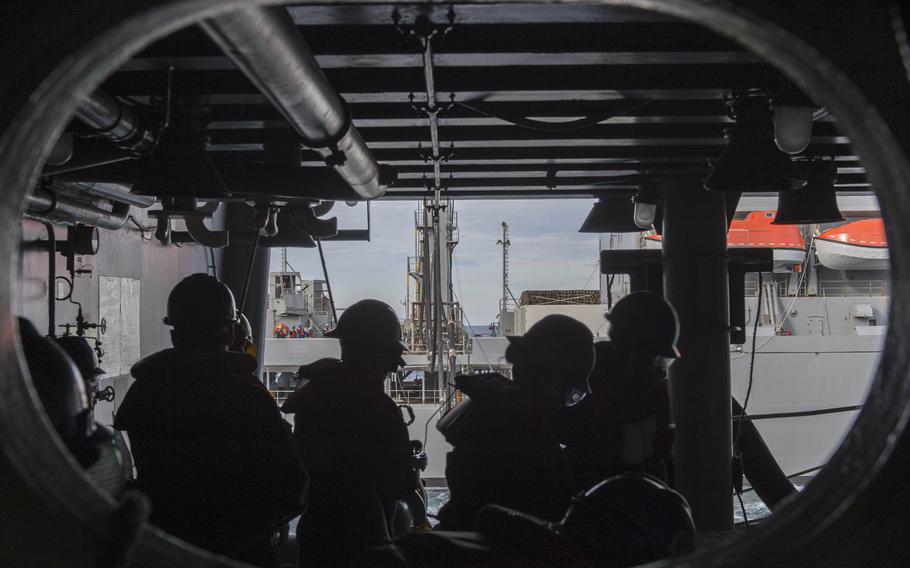 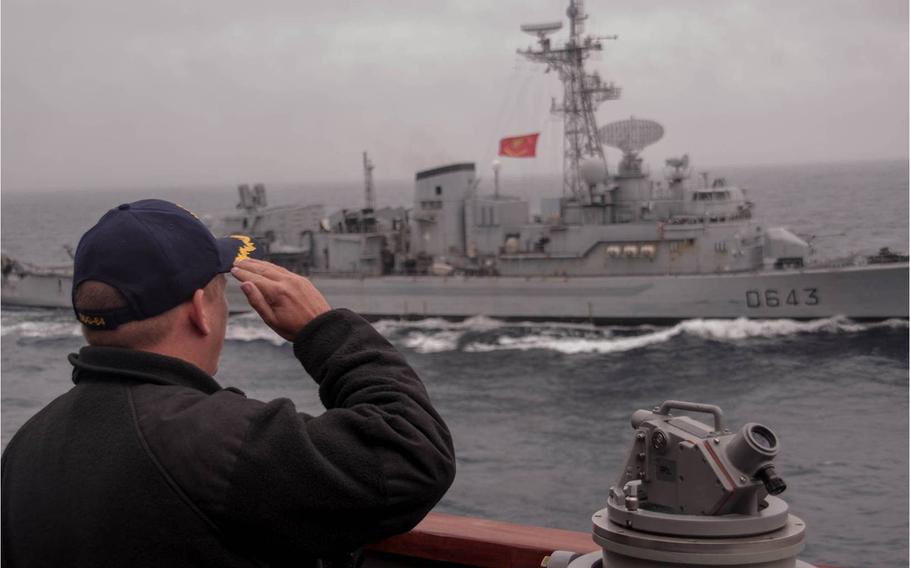 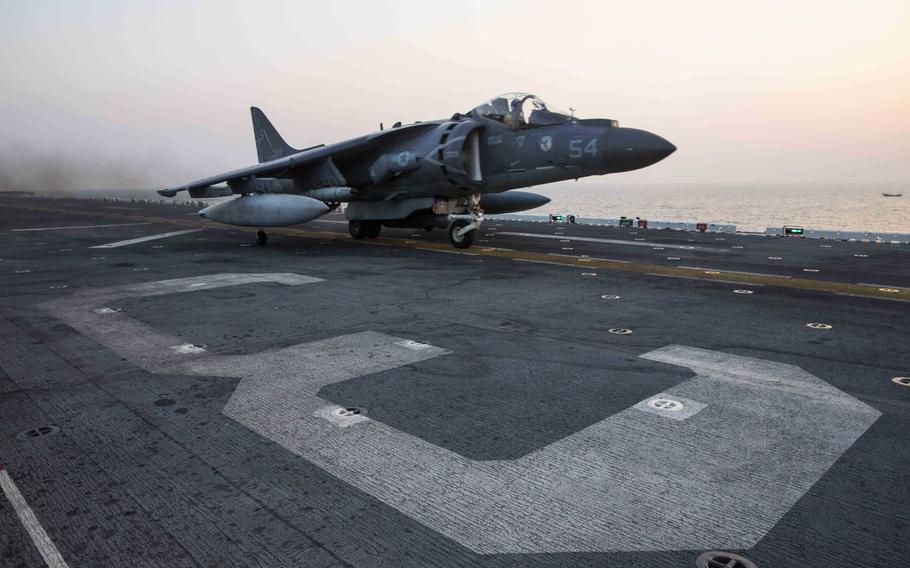