Texas military bases could soon be home to migrant families 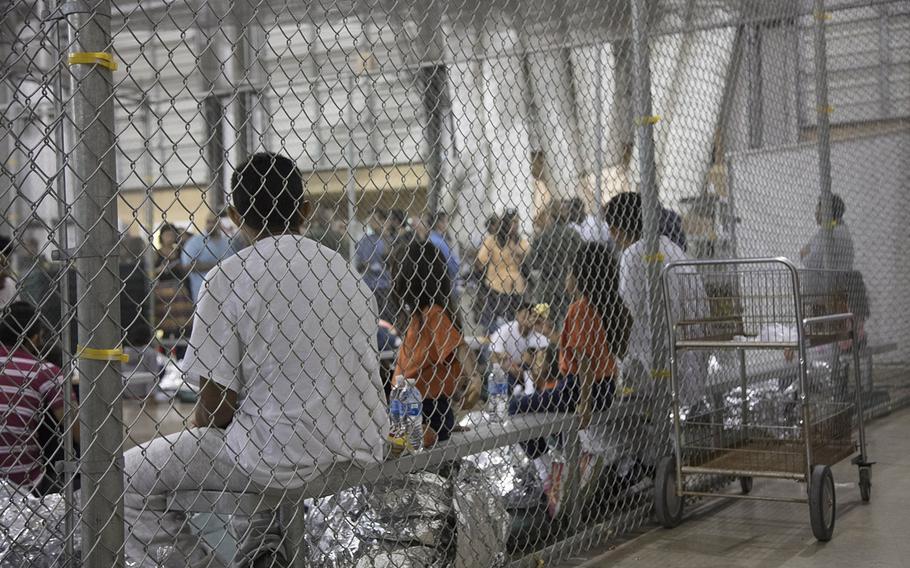 Military bases could soon become home to migrant families while they await immigration or criminal proceedings.

The executive order signed Wednesday by President Donald Trump to stop the separation of families crossing the border illegally orders Defense Secretary Jim Mattis to provide space in existing facilities or construct facilities if necessary. This is upon request of the Department of Homeland Security Secretary Kirstjen M. Nielsen.

The idea of housing children on military installations in Texas has been discussed in recent weeks as the administration enforces its “zero-tolerance” immigration policy along the U.S.-Mexico border.

When searching for more housing for migrant children, Fort Bliss in El Paso, Dyess Air Force Base near Abilene and Goodfellow Air Force Base near San Angelo — all in West Texas — have all been identified for possible use as temporary shelters, according to information from the Department of Health and Human Services’ Administration for Children and Families.

Mattis, when asked about the idea of housing immigrants on bases, said, “We’ll see what they come in with. We support DHS, and right now this is their lead and we’ll respond if requested.

“We have housed refugees. We have housed people thrown out of their homes by earthquakes and hurricanes. We do whatever is in the best interest of the country,” he said Wednesday to reporters outside the Pentagon.

Last week, Texas politicians expressed concern over the distraction that housing migrant children on a military base could cause.

U.S. Rep. Jodey Arrington, R-Lubbock, who represents Dyess, said he is “paying close attention and gathering the facts regarding what this would mean for Dyess if the base is selected.”

Arrington said he was not convinced that this is the best short-term answer. While he supports enforcing the rule of law, Arrington said he’s concerned if the plan “harms regular base operations, crowds our servicemembers and distracts from the mission of defense.”

Six state legislators, all Democrats, sent a letter last week to Nielsen and HHS’s Office of Refugee Resettlement Director Scott Lloyd opposing the plan and stating there would be no need for this housing if the Trump administration “was not unnecessarily prosecuting asylum seekers.”