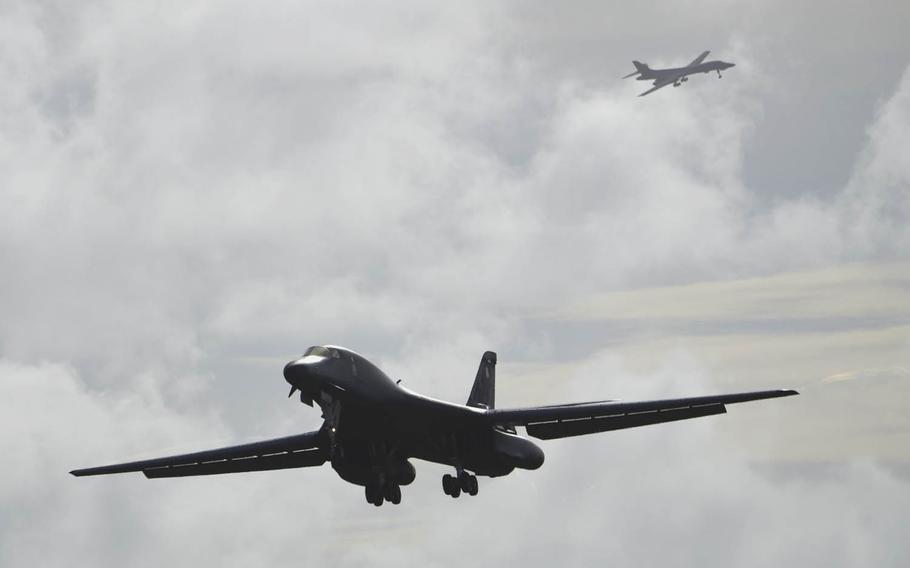 They’ll take over for a Lancer squadron out of Ellsworth Air Force Base, S.D., that arrived at Andersen in August to replace an aging fleet of B-52 Stratofortresses.

“Since 2004, Air Force bombers such as the B-1, the B-52 and the B-2 Spirit have been in continuous rotations, providing nonstop stability and security in the Indo-Asia-Pacific region,” the statement said.