Stuben Ohtama near Yokota serves German flavor worth the wait 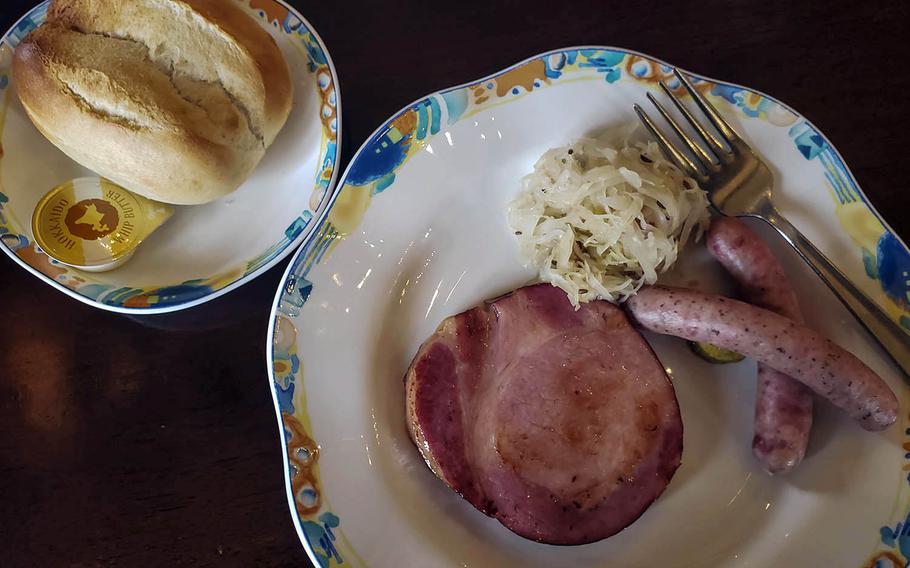 Buy Photo
The ham steak meal set from Stuben Ohtama in Fussa, Japan, included a fresh-baked roll and the main dish of two small sausages, a small but thick ham steak and a serving of sauerkraut. (Theron Godbold/Stars and Stripes)

Buy Photo
The ham steak meal set from Stuben Ohtama in Fussa, Japan, included a fresh-baked roll and the main dish of two small sausages, a small but thick ham steak and a serving of sauerkraut. (Theron Godbold/Stars and Stripes) 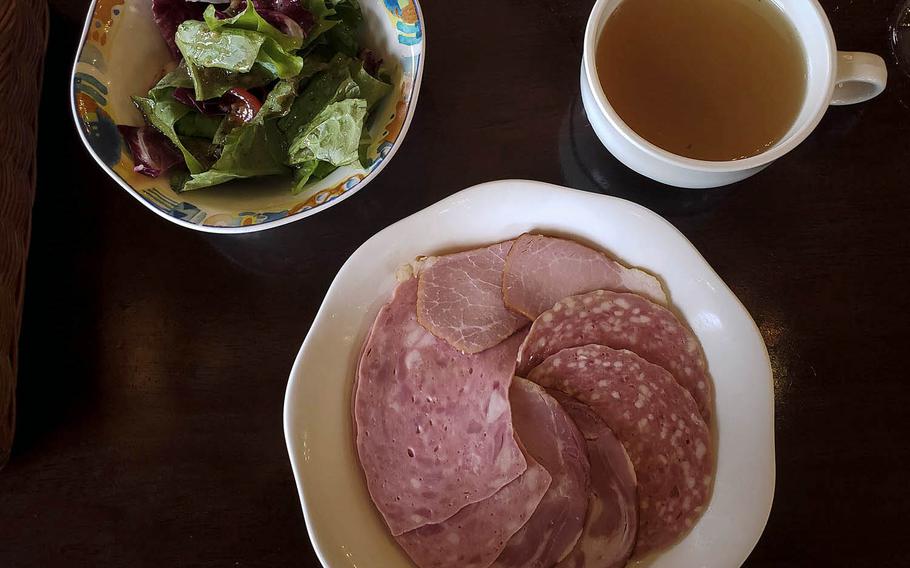 Buy Photo
Plates of cold cuts and soups and salads are among the appetizer options at Stuben Ohtama in the city of Fussa in western Tokyo. (Theron Godbold/Stars and Stripes) 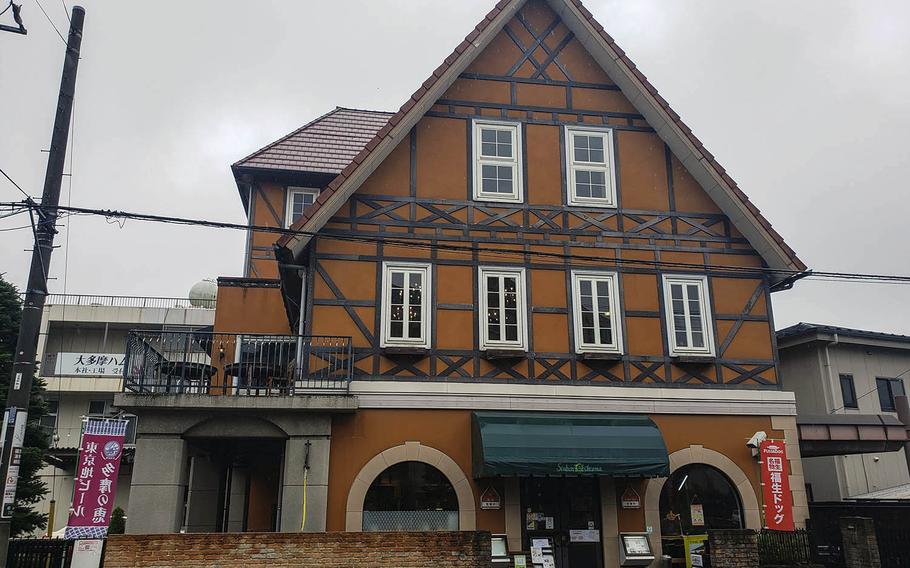 Buy Photo
Stuben Ohtama near Yokota Air Base, Japan, specializes in bacon, sausage and ham made in a factory next to the restaurant. (Theron Godbold/Stars and Stripes)

Within walking distance of Yokota Air Base you’ll find Stuben Ohtama, a half-timbered, Bavarian-style restaurant that adds a European flavor to the home of U.S. Forces Japan in western Tokyo.

The eatery specializes in bacon, sausage and ham made in a factory next to the restaurant. Both share the same ownership, which claims to be one of the oldest independent ham makers practicing the traditional German method. It’s been a few years since my colleague, Hana Kusumoto, visited Stuben Ohtama and wrote about its food and history, and I wanted to experience it for myself.

Ten tables with seating for around 40 and a smiling waiter will greet you as you wait to be seated in a room with a high, vaulted ceiling that feels like a Bavarian dining hall. The staff doesn’t speak much English, but English menus are available.

Ham steak, sausages and spaghetti are a few of the entrees you’ll find on the menu. These main course dishes are all priced at around $10.

Limited appetizer options, like a cold cut plate and salads, are also available.

As I sat for lunch and perused the menu, I settled on the ham steak meal set (about $11) that came with onion soup, a salad, a fresh-baked German roll and the main dish of two small sausages, a small but thick ham steak and a serving of sauerkraut. I also ordered a half serving of deli meat as an appetizer ($5).

Service was a little slow, and it took about 10 minutes for my soup and salad to arrive. The salad was leafy greens with two cherry tomatoes topped with an Italian dressing. The soup was a broth with small slivers of onion at the bottom. Both were well made and fresh, but rather bland.

Shortly after my salad and soup arrived, the cold cuts showed up. Smoked ham and sliced sausages covered the plate. If you like cold cuts, these were top notch.

About a half-hour after placing my order, the main course arrived. Steam wafted off the fresh roll and ham steak. I cut into the tender, thick and juicy piece of ham. The flavor was the right amount of salt and smoke with sweet juice dribbling across the plate. The sausage was understated, but when dipped in the ground mustard, it made a nice, tangy treat.

The sauerkraut was flavored to perfection — the light and tangy flavor blended perfectly with everything on the plate.

Another item they recommend is the Fussa Dog, a local delicacy created to promote the city. It has a sausage that’s 16 mm long — the length came from Route 16, a major road that runs near the air base — and is 23 mm in diameter, representing the city of Fussa. The 496-yen hot dog is served with the sausage that uses Tokyo-X pork and bacon. Customers can order the Fussa Dog to go as well.

Hours: Open for lunch from 11:30 a.m. to 3 p.m. Closed Tuesdays. They are currently not serving dinner.