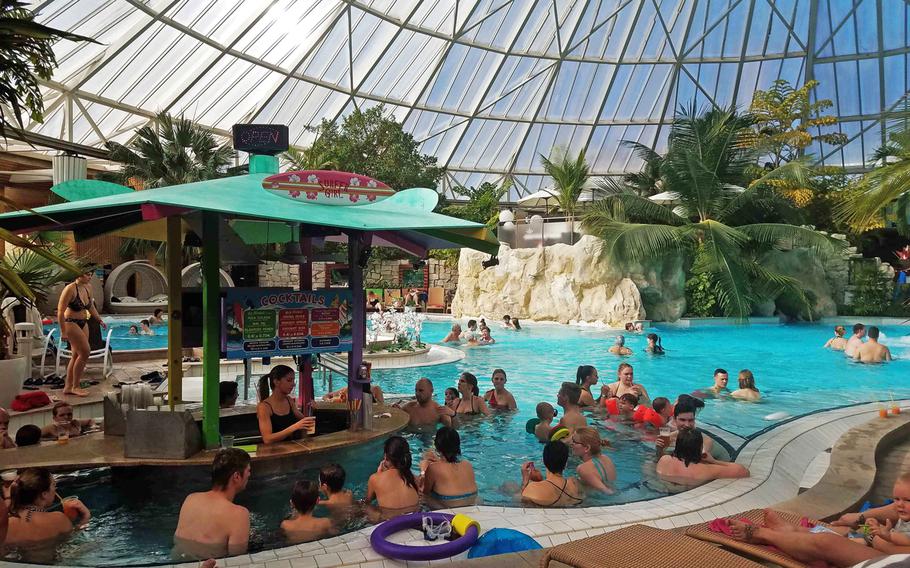 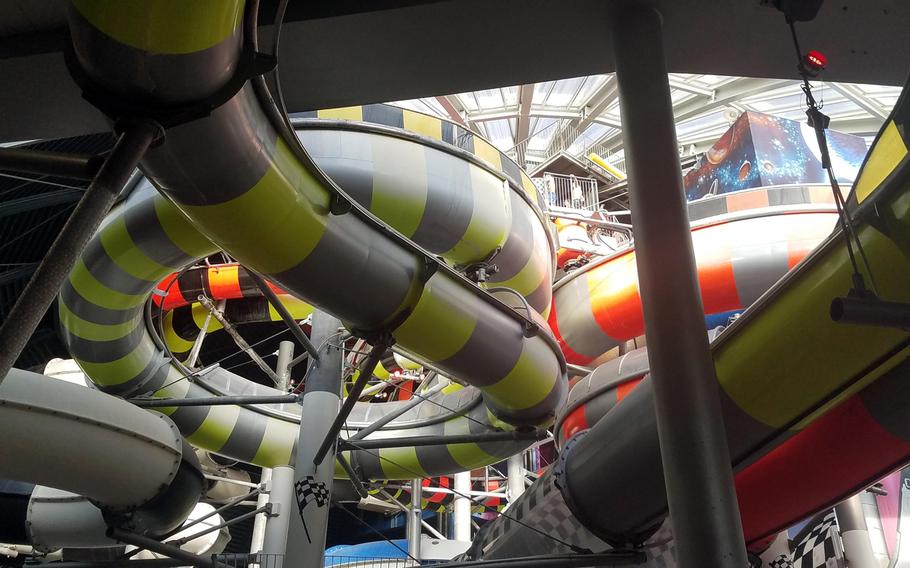 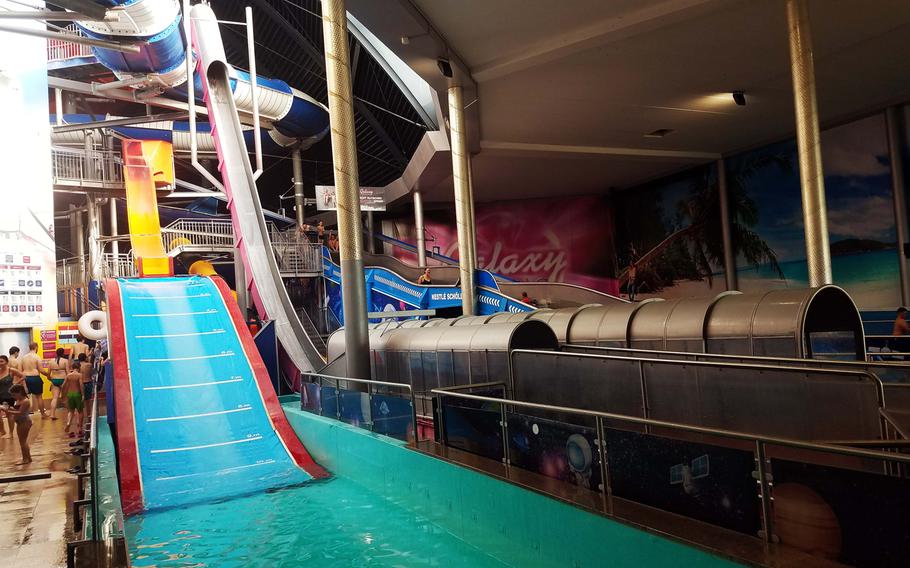 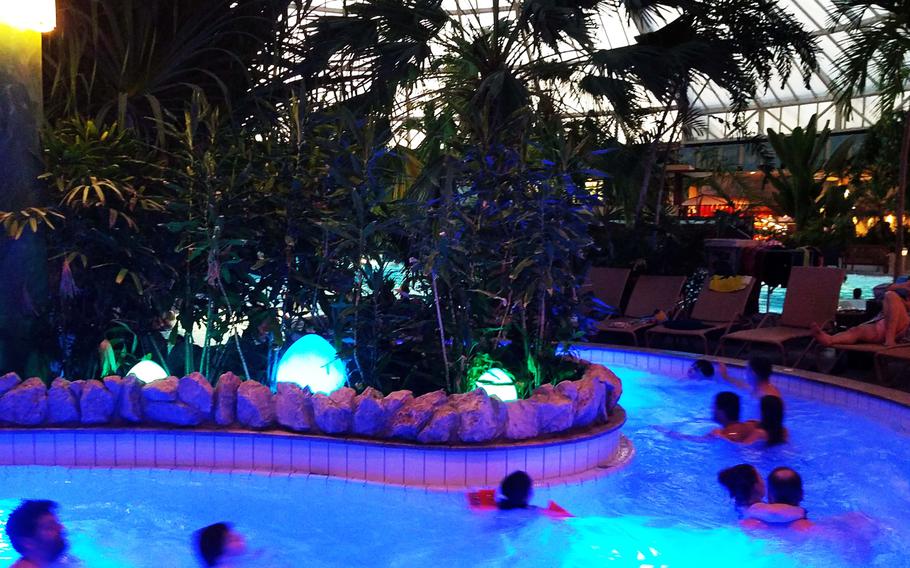 One of the pools at Therme Erding, in Erding, Germany, Monday, Feb. 18, 2019. (Martin Egnash/Stars and Stripes)

Waterslides, thermal pools and a plethora of saunas. What’s not to love about Therme Erding, the world’s largest thermal spa?

Saunas and spas are very popular in Germany. But if you’re stationed at U.S. Army Garrison Bavaria or happen to be visiting Munich, you could tour this extraordinary spa site, located just a few minutes away from the Munich International Airport, and two hours south of Grafenwoehr.

From the outside, this veritable city of saunas looks like a sci-fi lunar colony inside several giant domes. And once you get inside, you almost immediately get lost in a maze of pools and water treatments.

The place is absolutely enormous. But to help you get around, it’s separated into four distinct areas.

The most “out of this world” was clearly the space travel-themed waterslide area, Galaxy Water Slide World. This has 27 slides, including the world’s longest waterslide, which you go down on a tube. It feels like you’re traveling in some kind of wet, 1970s, bright orange spaceship.

There’s also a slide where you put on virtual reality goggles and go on a wet-and-wild alien adventure, but they’re only available at certain times.

Literally every slide I went on was a blast, though, so just try as many as you can before you need to rest.

But once you’re in the mood to chill out, the spa has ample areas to do so.

The pool area has dozens of different mineral baths and places to swim. Some of the baths claim to have healing properties. I’m not entirely sold on their medicinal benefits, but at least they are relaxing.

My favorite of the pools was the Dead Sea Bath, which, like its namesake in Israel and Jordan, is so salty that people just float on top. There are handles surrounding the pool so relaxed patrons don’t float into each other.

Some of the pools have swim-up bars in the water, so you can order drinks, both alcoholic and nonalcoholic, while you’re swimming.

One of the weirdest things about the place are all the sleeping rooms tucked into random corners. They’re all very nice, and lavishly decorated, but I thought it was kind of weird to go to catch some shut-eye next to a bunch of strangers.

There is a large wave pool as well. This re-creates a beach-like atmosphere, complete with sun tanning beds under a fake sun.

The largest of the areas is the Sauna and Wellness area. Be warned, though. This 16+ area is a nude area, which could be quite a shock for some Americans. But if you can get past your Puritan roots and embrace German culture, this is basically as European as it gets.

The sauna area is basically a tropical naked city, with restaurants, bars, pools and 30 saunas.

The saunas were the coolest part, because each one is unique. One has a movie projector playing short films on the ceiling. One is built like an ancient Celtic tribe hall, with a chieftain’s seat at the top. Another has an actual geyser that erupts inside it. You get the picture.

My favorite was the Russian “banja sauna,” where special herbs are cooked in the center that give the whole place a cool, piney aroma.

You could easily spend a whole day wandering around this place, trying different baths, rides and saunas. I spent almost seven hours there, and I’m pretty sure I didn’t see half of it.

Directions: Therme Erding is located about two hours south of Grafenwoehr, easily reachable via A9.Times: 10 a.m. to 11 p.m.Costs: There are different levels of passes available, from a two-hour pass at the slides and pool area starting at 18 euros ($20.43) to a full-day inclusive pass at 41 euros.Food: Several cafes and restaurants on site serve grilled food, crepes, Italian food and more.Information: Online: therme-erding.de/en